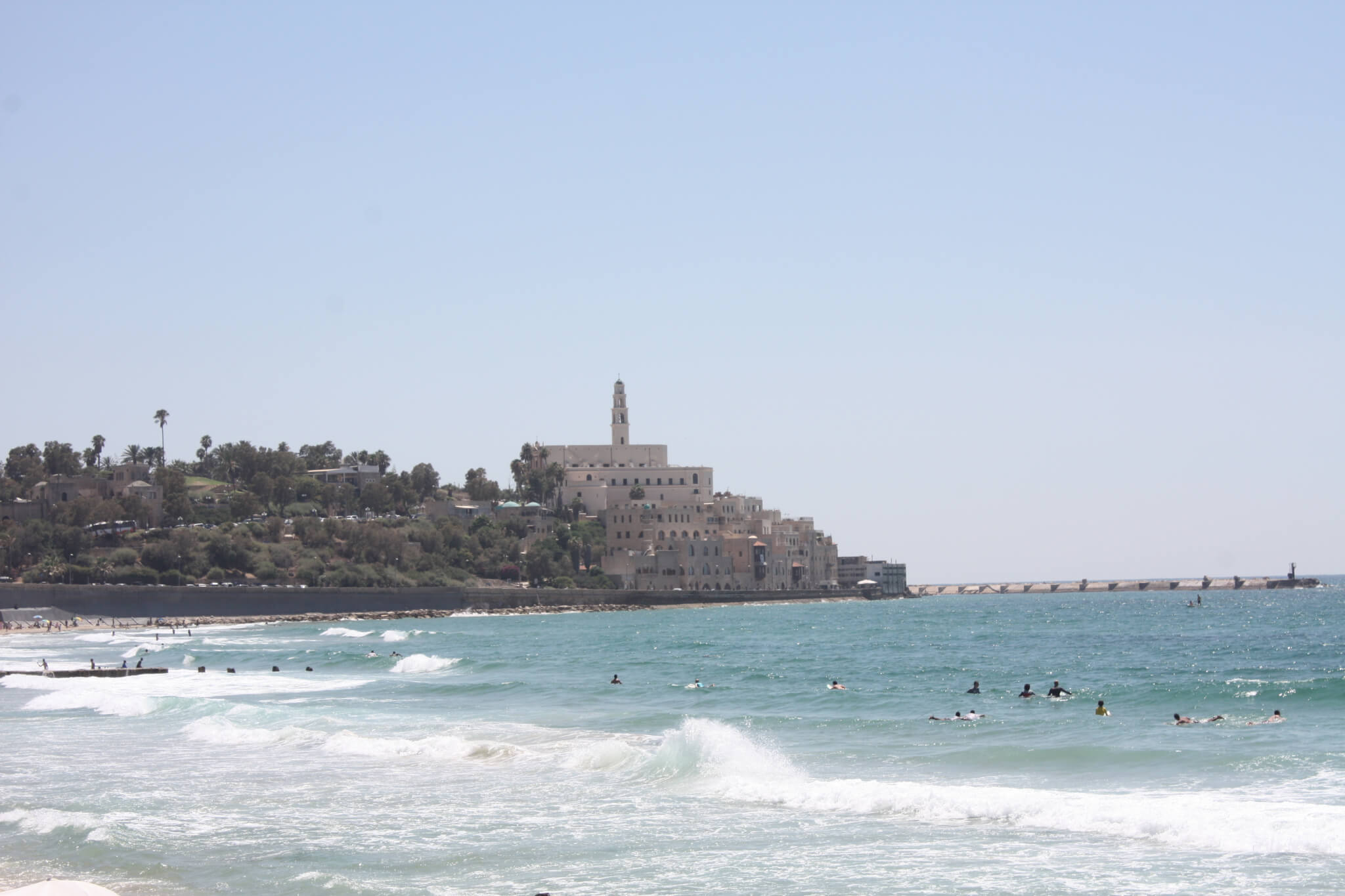 Tel Aviv is a very modern, western city. It is much more hedonistic and less religious then the rest of the country – but it also seems to be missing an ancient city center. In fact the name of the town is Tel Aviv-Yafo, its second part refering to the old town Jaffa being the germ cell of the city. Tel Aviv itself was built later on by settlers, dividing the land by plan to create a new town.

Going to Jaffa means walking along beautiful beaches down to the south. It is a 30 to 40 minutes walk along nice places, watching people doing surfing or playing Matkot – a tennis like game with two wooden rackets and squash balls. Like a fortress at the sea you then will find Jaffa/Yafa/Yafo on a small mountain. It has one of the oldest harbours of the world – now lying in ruins.

Sights to visit are the clock tower (a three-storey tower built between 1900 and 1906), the Al-Bahr mosque with its green roofed minaret , the central square (Kikar Kedumim) and close to it – St. Peter’s Church.

From all places of the Jaffa hill you can see some rocks within the clear water of the Mediterranean: following ancient beliefs this is the place where the king of Jaffa attached his own daughter Andromeda to the rocks to sacrifice her. In the end the half-god Perseus rescues her from the monster Ketos, sent by Poseidon.