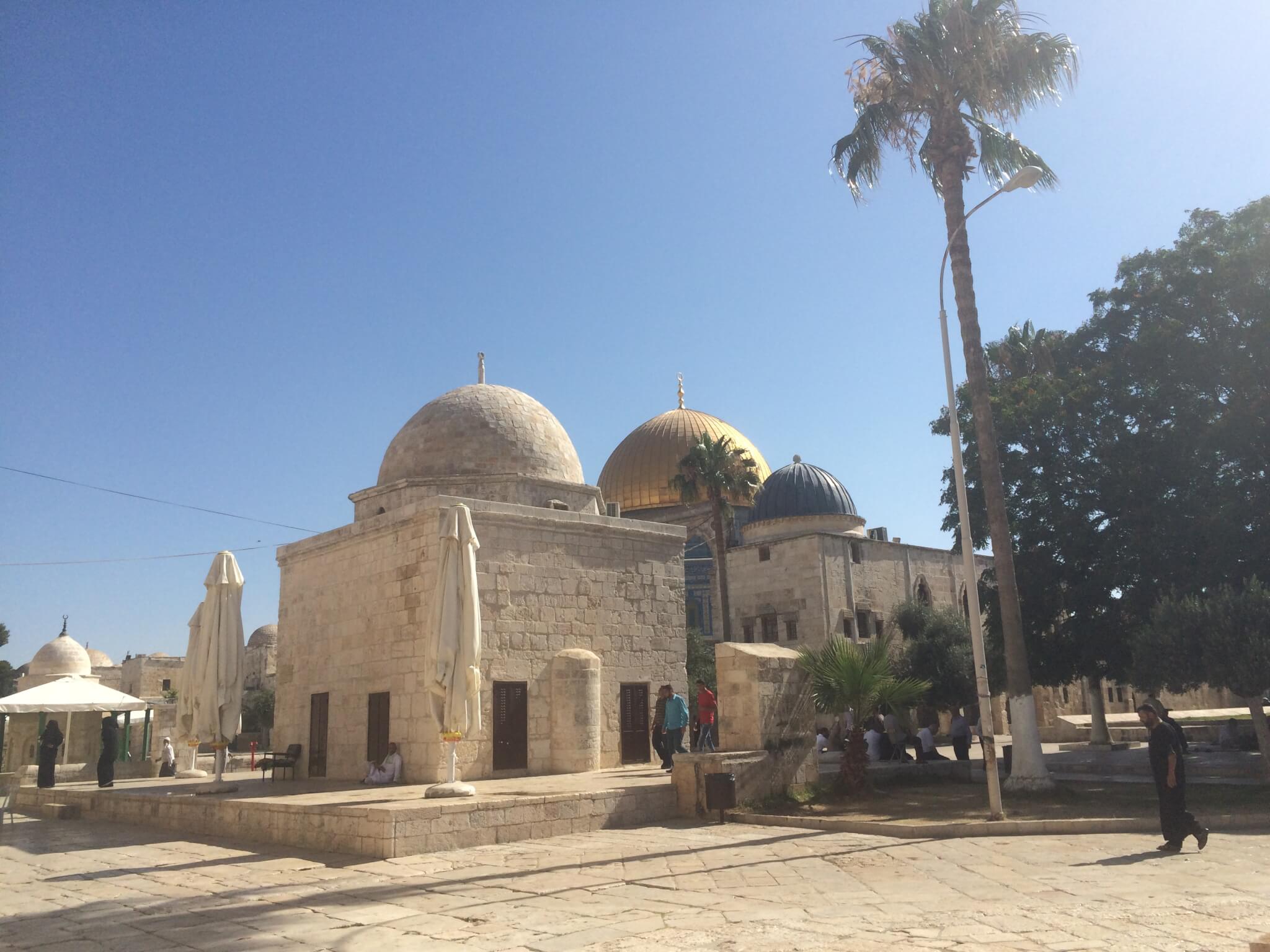 Visiting the old city of Jerusalem feels suprisingly safe. I thought that roaming those narrow, roofed streets wouldn’t be a good idea at late evening or morning, but it proved to be pretty unproblematic. This is due to the friendly people and the Israeli police and soldiers that secure the area. But these state authorities don’t seem to be accepted everywhere.

That people put religious rules above laws becomes especially visible during Ramadan. While it is only recommended to not visit holy places during Fridays prayer, the Muslim quarter seems to be locked during evening hours in Ramadan. While the police tells you that you’re allowed to go there, always when doing so young man friendly remind you that this part of the city is closed for non-Muslims. Even children, unable to speak foreign languages, tried to kick me to show me that I’m crossing a border.

A special situation occurs at the Temple Mount. While Muslims are allowed to visit this place via every available gate, non-Muslims are only allowed to use the wooden bridge accessible close to the Dung gate and the Western wall. Jews are not allowed to go there according to their own religious leaders, because they might put their feet on the holy remains of the old temple once standing here. People of other beliefs can go there, visit the Temple Mount and the gardens but are not admitted to the Dome of Rock and the Al-Aqsa mosque. Normally.

I went to the Temple Mount during Ramadan in the early hours. This place is secured by the Israeli Defense Forces but controlled by the Waqf, a Muslim religious organization. And the Muslims themselves protect this place, too: as I was getting into a tourist group from different countries (who were only informed that they are not even allowed a silent prayer) we drew attention of some black-robed, fully covered Muslim women. With perpetual and loud “Allahu akba” (“God is great”) shouts we were forced away from the Temple Mount – under the eyes of the Israeli forces.