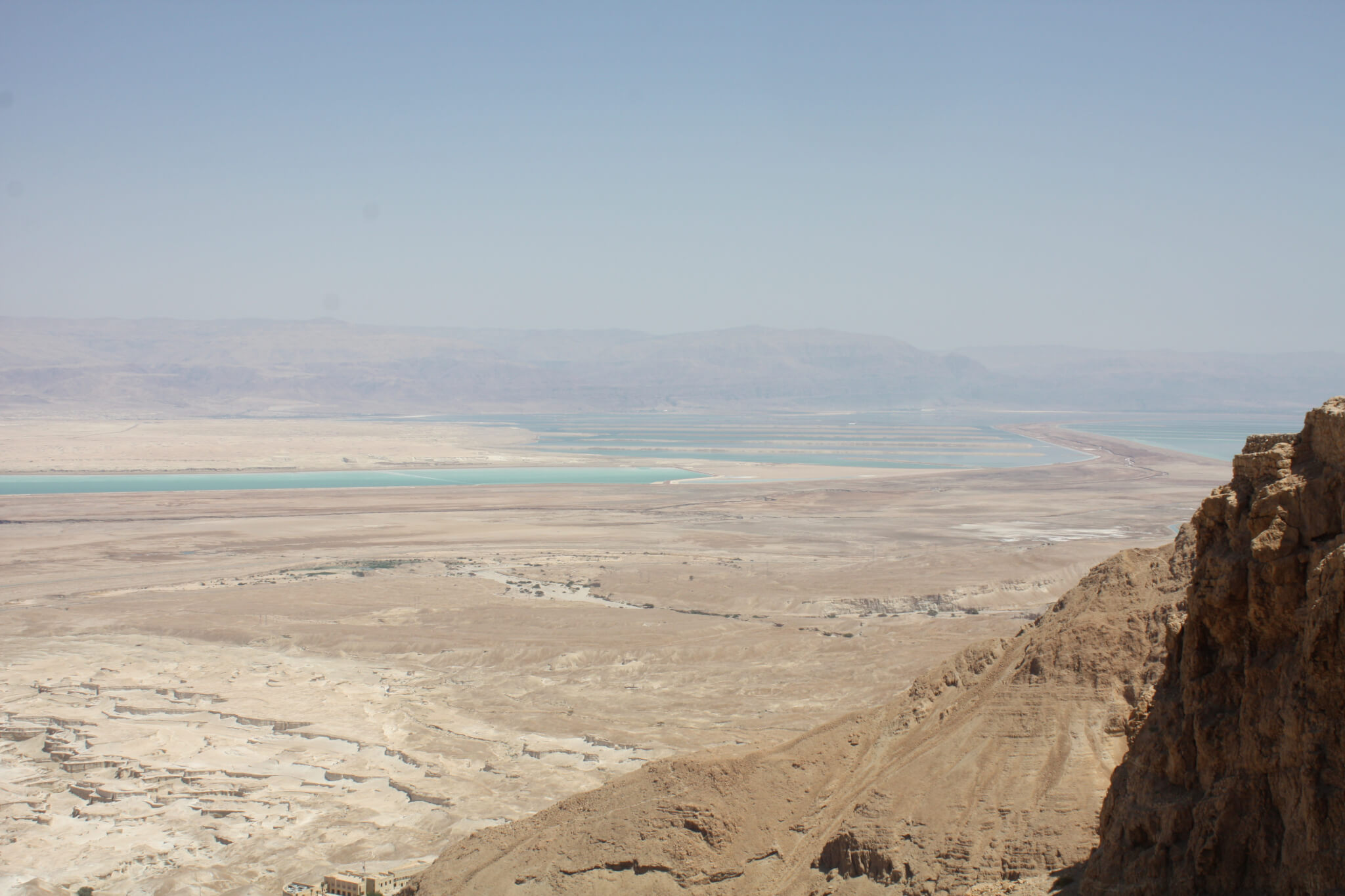 When you follow the Dead Sea down to the south, half way between Ein Gedi and Sodom (yes, truly) you will find the escape fortress of Herod the Great on a plateau. The fortification has been built between the years 37 and 31 BCE for the event of an revolt and it received big significance for the Israelis by the siege of the Romans in 73/74 CE.

After the Great Jewish Revolt against the Roman empire in 66 CE, followed by the  first Jewish-Roman war some rebels fled to Masada. After the destruction of the second temple in Jerusalem in 70 CE and the following Roman siege of Jerusalem Masada became the last fortification held.

The 960 rebels and their families at Massada were besieged for a long time and decided to end their lifes. They didn’t want to fall into the hands of the Romans and as their religion forbids suicide they killed each other mutually. This is today seen as Jewish heroism and and the sentence “Masada will never fall again” is a popular sentence when speaking about defending Israel.

When you come to Masada by car you are led into a multi-storey car park and are brought by cable car up the mountain (if you are not insane und try to walk the steep “snake path” up). Be sure to bring a bottle of water because you are on a rock in pure sunshine. There are water dispenses at the base station as well as on top of the plateau.

You can walk around the old ruins, get down by a lot of stairs to the Northern Palace and enjoy wonderful views on the desert and the Dead Sea. A place you simply cannot omit.

One Reply to “Masada will never fall again”