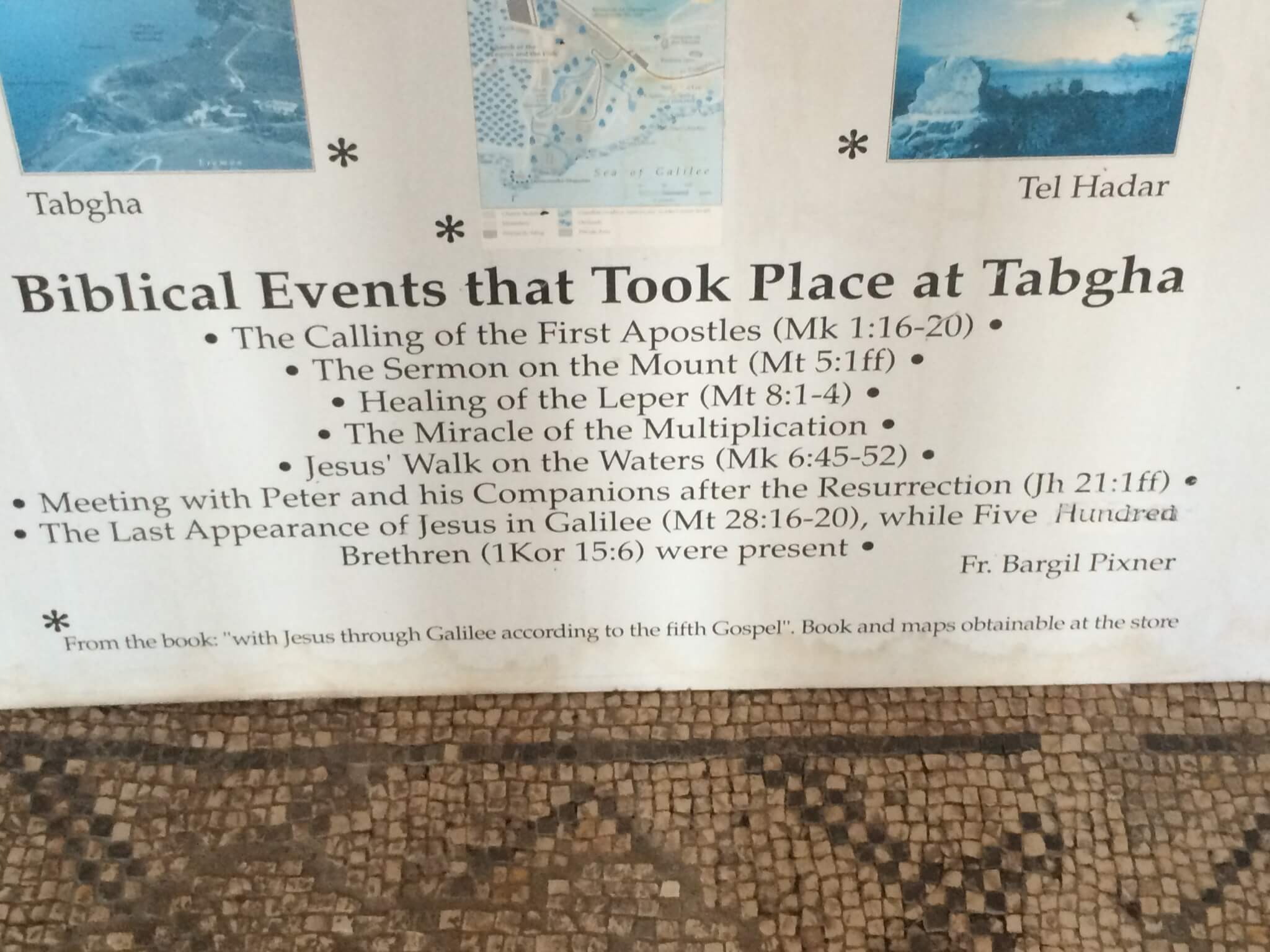 When you’re at the northern end of the Sea of Galilee, you’re in the area where it is said that Jesus has lived the most of his life. Two towns very close to each other are named often in the Bible: Tabgha and Capernaum. In Tabgha you will find the Bread and Fish Church, a German church (“Brotvermehrungskirche”) named after Matthew 14, where it is said that 5.000 men where fed with five breads and two fishes.

But it is also said to be the place where his legendary walk on water happened (“Shortly before dawn he went out to them, walking on the lake. He was about to pass by them, but when they saw him walking on the lake, they thought he was a ghost.”, Mark 6:48f.). The church itself is quite plain. If you drive some meters further on you get to Capernaum, naming itself the “Town of Jesus”. After paying a merely symbolic entrance fee you can see the remains of a synagoge Jesus was visiting and see a Franciscan monastery.

Over the ruins of a house where Jesus is said to have lived with Petrus, they have built a futuristic church hovering over the site like an UFO. I guess this is a place that is really amazing to people deep down in Christianity. For all others, there is still the wonderful shore of the Sea of Galilee to see, backed by the Golan heights.