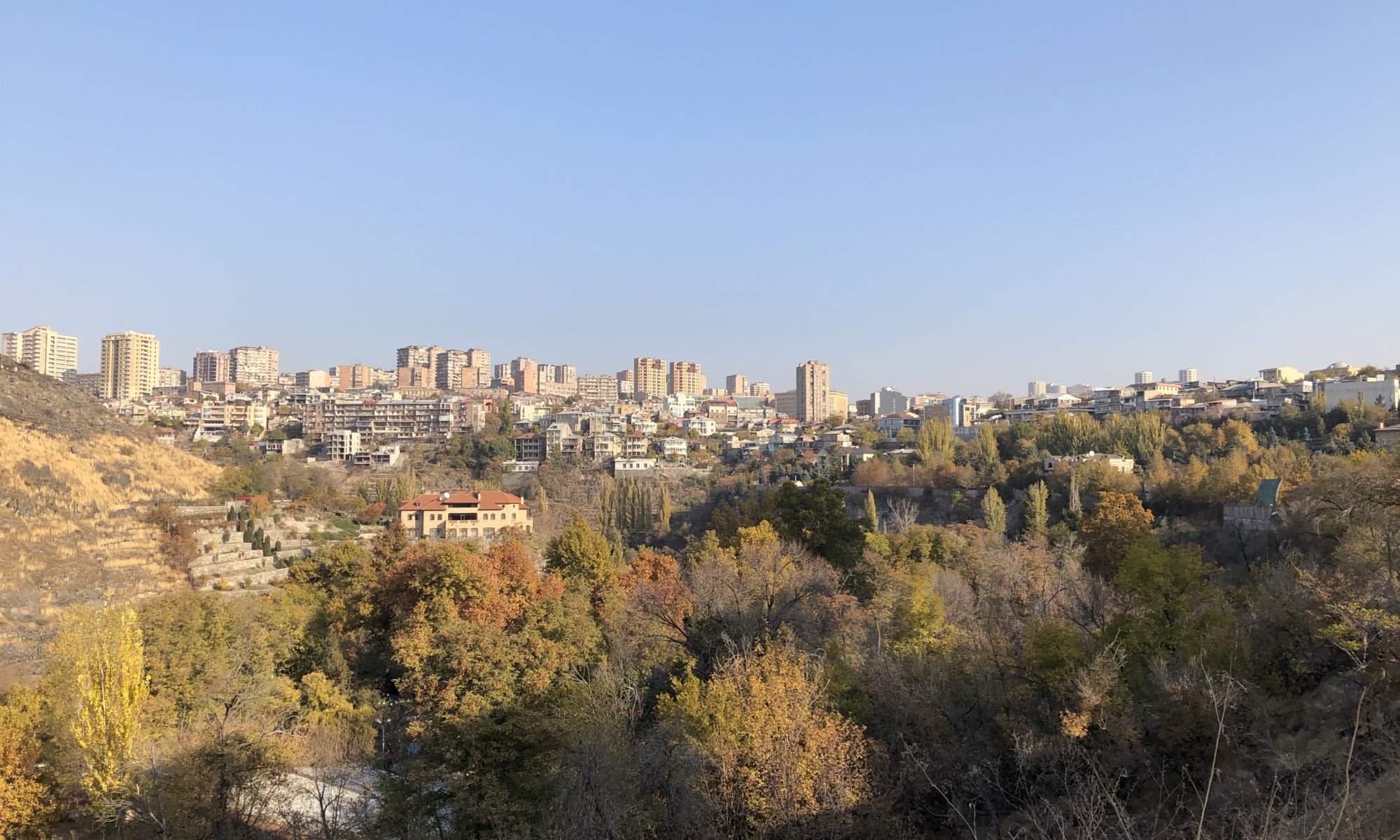 Never did I underestimate a country as I did with Armenia. It was the first Christian country and its capital city Երևան was founded 29 years before Rome, Italy. The result of this long and culturally rich past can be seen in numerous museums and temples throughout the country. During Soviet times the Asian face of Երևան was nearly fully destroyed – today the city centre is very modern, financed in relevant parts by money coming from the diaspora (created by the genocide of 1915).

The geographical situation of Armenia and the politics in this region are highly interesting – with the internationally not recognized Republic of Artsakh (or Nagorno-Karabakh, inhabited by Armenians on the grounds of Azerbaijan), the closed borders to Turkey and Iran (you can only pass the border to Georgia), the Azerbaijani exclave Nakhchivan Autonomous Republic and last but not least the holy mountain Ararat now located in Turkey. Armenia has a beautiful and non-decipherable alphabet consisting of 39 squiggly letters. If you don’t speak Armenian you should be able to speak Russian – or use hands and feet to communicate. 😉

Երևան is a rather mountainous city next to the gorge of river Hrazdan who has cut down deep into the mountain. Even though there are busses and a small metro system, getting around is most easy by taxi (sometimes also with an old Lada car). I learned about the genocide at Zizernakaberd, visited the history museum, the national gallery and also the museum of modern art. I climbed up the cascade complex to victory park and took a look at the giant Mother Armenia statue. I visited the blue mosque and searched for the children’s railway within the gorge. And of course, I made a Radio Yerevan Joke near Radio Yerevan. Maybe this was the only real reason to get to Armenia. 😉

My tour also took me to Matenadaran (the museum for old scriptures), to Erebuni (the germ cell of the city) and the wonderful old Zoravor church. I tried some Armenian brandy at the Ararat factory, learned about movie maker Sergei Parajanov and relaxed at the zoological garden. A real help was the YerevanCard that opened many doors. I also saw some other part of the country by booking a tour to the Khor Virap monastery (but mount Ararat was hidden in clouds), to a winery producing wine from special grapes, to the Areni-1 cave and the wonderful Noravank monastery.

There would have been so much more to see like lake Sevan or the ancient Pagan temple of Garni. I didn’t expect that and hadn’t enough time – I definitely have to come back once in a while. Another reason for that would be to visit Nagorno-Karabakh, the internationally not recognized republic. It is a long-lasting conflict around this piece of land and it is said to be beautiful and you can get there without bringing your self at risk.

The region covered by Armenia is already mentioned in the Bible. Mount Ararat is deemed to be the place where Noah and his arc reached land after the flood. The flag of Armenia has red, blue and orange stripes and their meanings are described in the constitution: red for the struggle to survive, the protection of the Christian belief, independence and freedom; blue for the will of the people to live under a peaceful sky and orange for creativity and hard work. National fruit is the apricot but pomegranates are also very much beloved.

What really surprised me is the well-prepared tourism sector (focussed on Russian guests). I met several young people who studied tourism and linguistics at the university of Երևան and afterwards started to work in the touristic sector. And I never had such a good feeling to travel to an unknown destination! After booking the YerevanCard via Internet I was directly contacted via WhatsApp to discuss the booking of tours and visits. Via this channel, I have also been assisted actively during my trip and that additionally helped me to feel at home abroad.