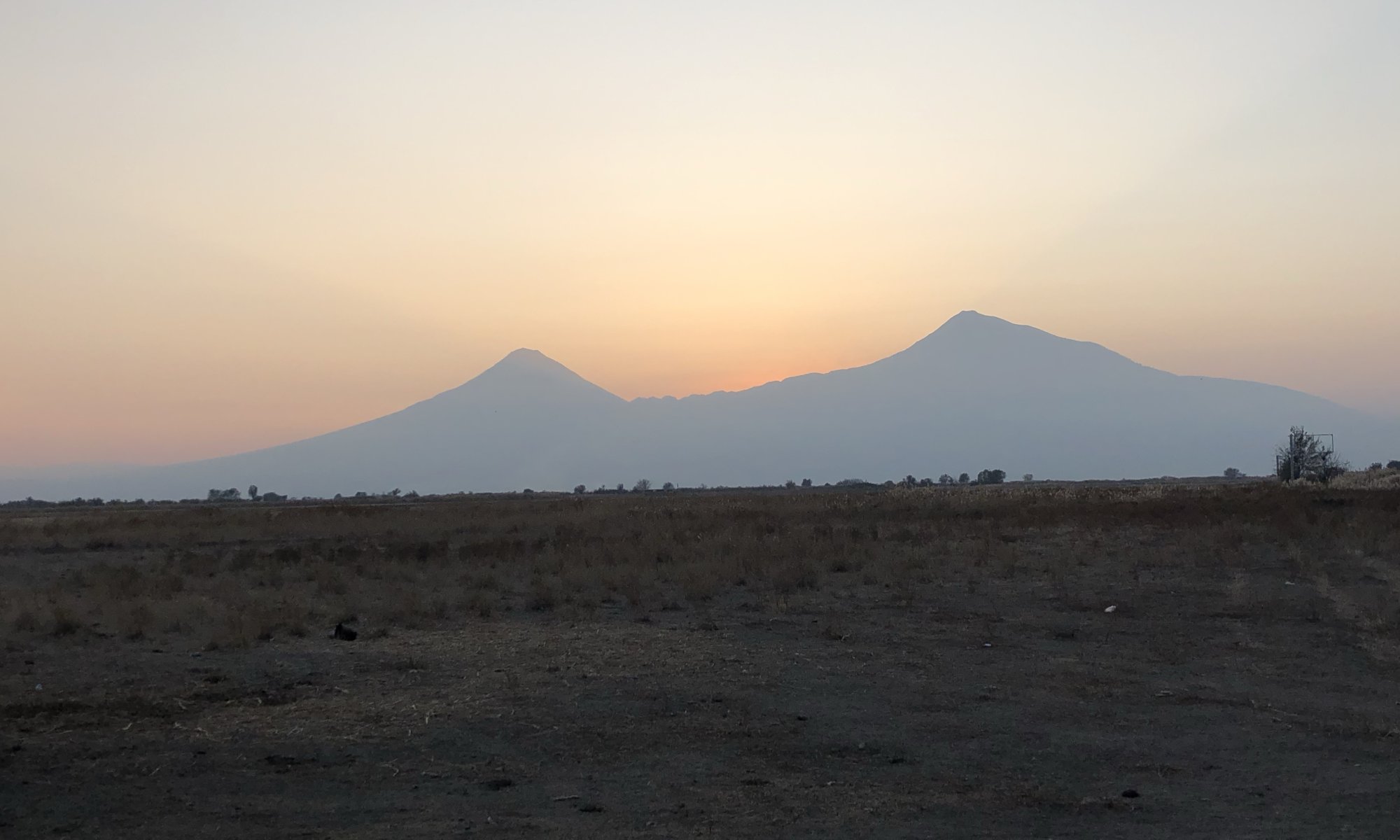 The Ararat is a mountain in Turkey, close to Armenia, Iran and the exclave Nakhchivan of Azerbaijan. It is 5137 meters high and better referred to as the Greater Ararat as it also has a neighbour: the 3896 meters high Little Ararat. The Armenians once settled around the Ararat and consider it their holy mountain. It is still today part of the coat of arms of Armenia which caused diplomatic problems with Turkey. The response of the Soviet government was convincing: Turkey also has the moon in its flag without the moon being part of Turkey.

The mountain is already mentioned in the Bible as it is said that Noah landed with his arc here after the great flood. In 1949 an anomaly was seen on pictures that people believed to be remains of the arc. The Ararat was first climbed by Friedrich Parrot from Estonia and the famous Armenian writer Khachatur Abovian in 1829 (at least it was the first time that it was documented that someone arrived at the top). Today you need a special visa to climb up. The Armenians are still today sad that their mountain is so close but yet so far. For many, it is a dream to get to the Ararat which will never come true. The best point for having a look at the Ararat is the Khor Virap monastery.

One Reply to “Ararat”