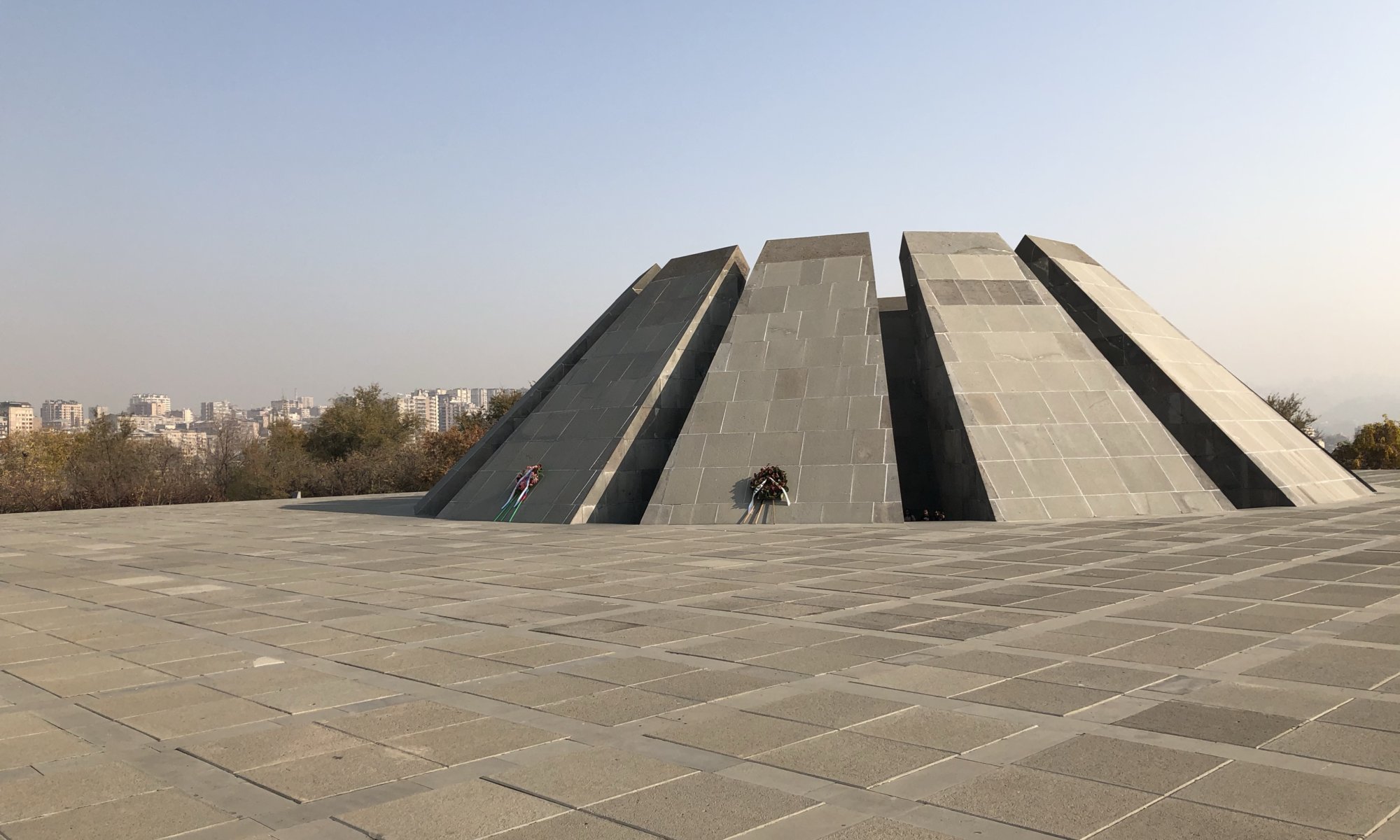 East of the city centre of Երևան, Armenia, you can find a mountain formerly covered with forest – the Zizernakaberd (swallows’ fortress). On its top, you can nowadays see two things: a giant sports and culture centre for up to 6,000 spectators and more important, the central remembrance place for the genocide against the Armenians in 1915. It is a catastrophic end of a long-lasting history of conflicts based on religion – between the Christian Armenians and the Muslim Turks.

The country Armenia was changed in geographical shape several times and Armenians were living under Soviet/Russian and Osman/Turkish reign for a long time. In the case of the Osmans, this was a problem as the Christian Armenians had to be protected in the Osman Empire due to their religion and several attacks on them. In 1915 – during World War I – the so-called Young Turks saw their chance and decided to erase the Armenians.

First, the Armenian elite was killed, then mass deportations to the deserts of Syria and to today’s Iraq started – accompanied by a lot of massacres. The number of victims is unclear and located in a wide range between 300,000 and 1,500,000. As a result, also a large Armenian diaspora all over the world was created. Most historians in the world see this genocide as historical truth, most countries across the world recognize it – but Turkey still argues that this is not true. As it all happened during a world war the world was too busy to recognize the fatal things happening there.

The genocide against the Armenians and its low perception across the world inspired Adolf Hitler to commit the holocaust – the genocide museum ends with his words spoken on the Obersalzberg in 1939: ‘Who is still talking about the annihilation of the Armenians today?‘. You can learn more about the genocide in the good museum which is located underground. On top, there is a forest of remembrance where a lot of countries in the past planted trees.

The most visible parts of the memorial are three elements on top: a giant obelisk made of basalt symbolizes the resurrection of the Armenian people, a wall of silence commemorates the Armenian cities now located in Turkey and an eternal flame protected by basalt steles looking like a closing hand. People bring flowers here and especially on the 24th of April – the national remembrance day – Armenians gather here. For a fatal event that is still today denied by the successors of the committers, you need a memorial like this.

If you want to get here best take a taxi. You could take the metro to Barekamutyun and walk down the hill. It is nice to cross the Hrazdan gorge on the giant Kievyan bridge and walk through the park on Zizernakaberd – but it is quite a long way as you need to walk down very long from the metro station to the bridge.