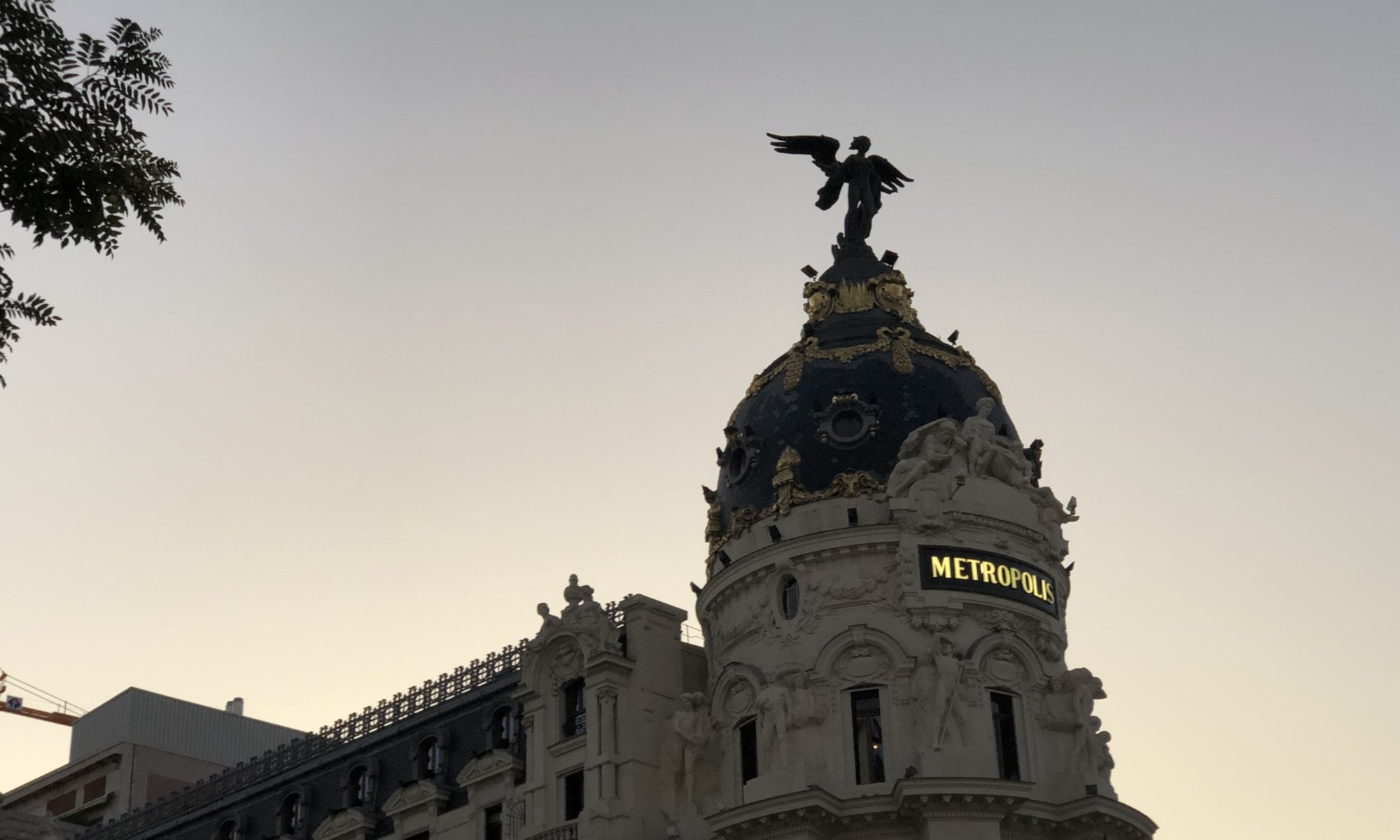 I had spent some time to understand the background of the Spanish civil war and wanted to see the iconic picture by Pablo Picasso shown on the world exhibition in Paris, France and now located at the Museo Reina Sofía. It shows the pain of the inhabitants of the city Guernica which had to suffer of the first carpet bombing against civilians committed by the German Legion Condor (helping the fascist uprising).

Never heard of that?

In 1936 the left-wing popular front won the elections in Spain. It wasn’t a big victory but the new government was accepted. But some months later the military startet a right-wing coup d’etat. Especially with the military forces in Spanish Morocco they wanted to take over power and conquer Madrid very fast. In the end they needed three years for this mission and help from fascist European leaders (mainly Adolf Hitler and Benito Mussolini). It was a civil war shortly before the advent of World War II and it became a playground for European military forces.

By that time Spain was a divided country: on the one side the socialists, communists, anarchists, workers and unions (‘republicans’) having the feeling of being supressed by the capital owners. And on the other side the rich people, the military, the fascists (‘nationalists’) supported by the catholic church all threatened in their existence by the working class. In the end it was a very long conflict with a huge number of victims on both sides. The nationalists were supported by fascist Germany and Italy. Republicans could count on help by the Soviet union – the British and the French tried to avoid open conflicts. And there were the international brigades, groups of volunteers from around the world that wanted to fight against fascism.

In 1939 the nationalists under fascist Francisco Franco reached their goal and conquered Madrid. Spain stayed under the dictatorship of Franco until he died in 1975. Already in 1940 he forced political prisoners to create the impressive place for his grave in the Sierra de Guaderrama; a vast catholic church in a mountain with a giant cross on top: the Monumento Nacional de Santa Cruz del Valle de los Caídos at San Lorenzo de El Escorial. Unlike in Germany the Spanish did not yet find a good way to work on their fascist history. Still today followers of Franco bring flowers to his grave there.

What about the rest of Madrid?

Maybe travelling for understanding those dark times in history might not be a suitable motivation for everyone – but Madrid has to offer much more. This starts for sure with the tree major art museums: the Museo del Prado, the Museo Reina Sofía and the Museo Thyssen-Bornemisza. You can relax in vast parks like the Parque de El Retiro where you can row a boat on an artificial lake or discover the special Real Jardín Botánico. The city offers many fantastic buildings like those along the Gran Vía, the Palacio Real, the Cathedral de la Almudena, the Atocha railway station or the beautiful Plaza Mayor.

You can enjoy your time at the nice railway museum, visit an Egyptian temple or stay at the zoological garden even after dawn. And of course you should take the time for a trip to the fantastic El Escorial palace with the graves of the Spanish kings and queens located 46 kilometers outside of the city. Spain is well-known for its tapas that you can enjoy at the Mercado de San Miguel, you need to try Chocolate con Churros for breakfast and maybe have a good drink at sundown at a skyline bar. Madrid will never be my most favourite city in the world but being there for a weekend full of art and history was worth the trip.