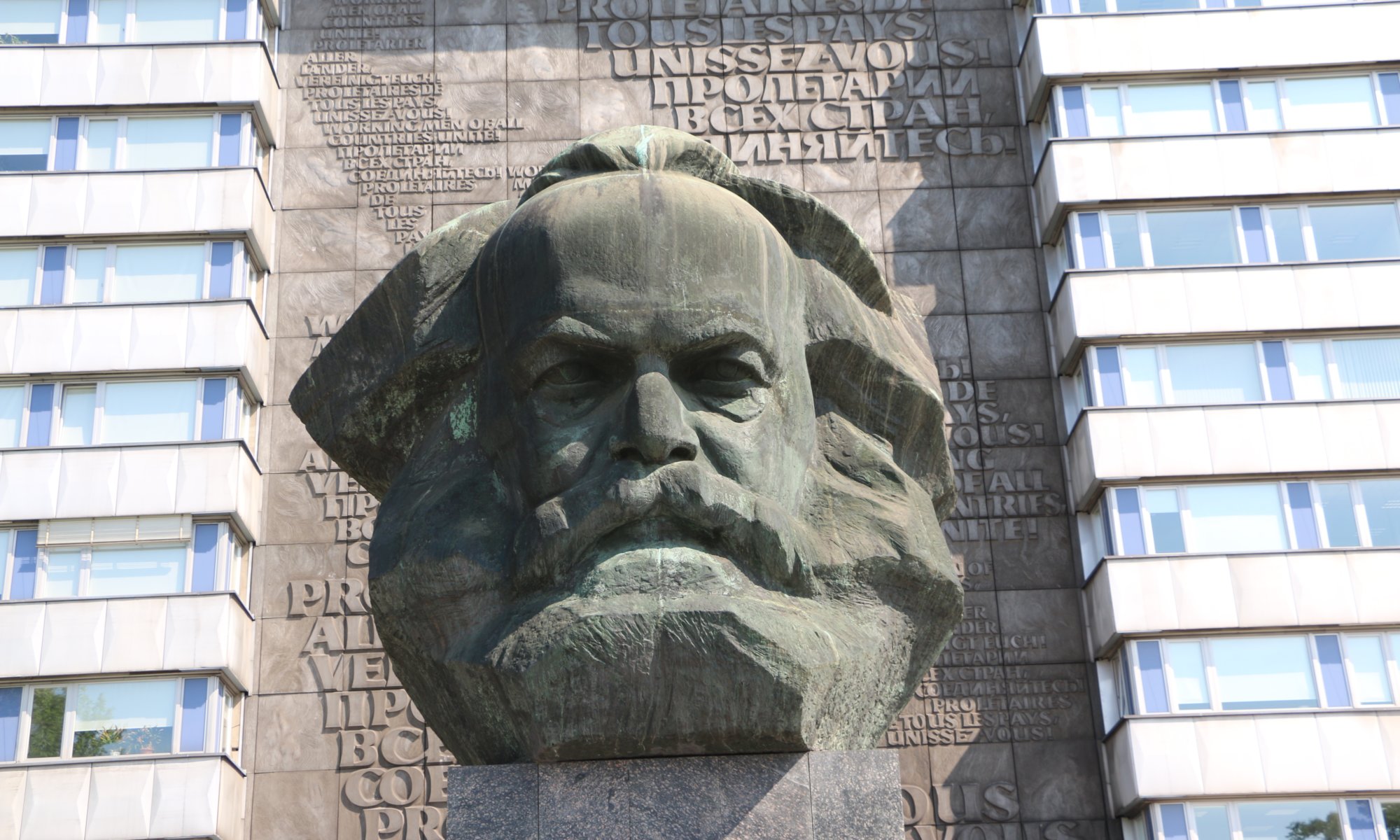 Karl Marx never went to Chemnitz, Germany. But nevertheless the city was named Karl-Marx-Stadt between 1953 and 1990 to honour him. That is also the reason why you can find a massive, 7 meters high representation of his head close to the city center. It weighs 40 tons and was created by Soviet sculptor Lew Kerbel. In the background attached to a building you can read the words ‘Working men of all countries, unite!‘ from the communist manifesto (written by Marx and Engels) in four languages. Locals call the memorial ‘do Nischel‘ – ‘Nischel‘ just means ‘head‘ in the middle high German language.

But why is this memorial located at Chemnitz? The GDR wanted to honour the founder of Marxism, the writer of the the communist manifesto and ‘Das Kapital‘ (MEW23) as the greatest son of the German nation. On his 135th birthday a city should be named after him and the first choice would have been Eisenhüttenstadt with many workers living there. But then in 1953 Joseph Stalin died and Eisenhüttenstadt became Stalinstadt. The next choice would have been Leipzig, but it is said that Walter Ulbricht – one of the most important politicians of the GDR and born in Leipzig – wanted the city to be named Walter-Ulbricht-Stadt after his death. And the third choice was Chemnitz.

One Reply to “Kalle”