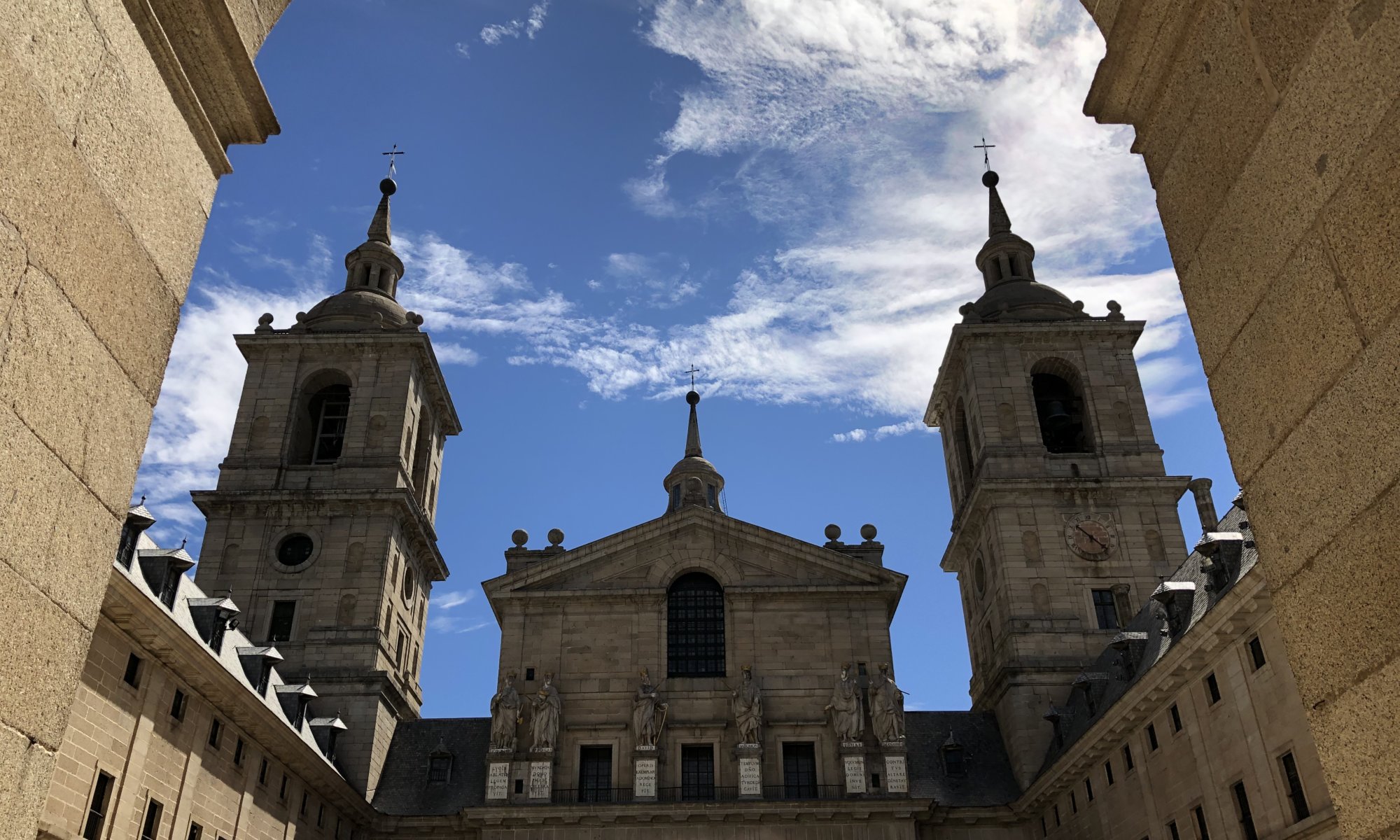 San Lorenzo is the saint that got roasted on a grill. That is why you can see him above the entrance portal holding a grate. You can take a tour through the cathedral and the living rooms of the monarchs. Most of them didn’t like to live here but the royal rite assigned the El Escorial (meaning ‘heap of rubble‘) for a specified time of the year as their home. Most memorable is the crypt underneath the palace – it starts with a high number of graves for the children of the kings and queens of the different dynasties. This ends with a collective grave for those children that died before being baptised.

The masterpiece of the crypt is pantheon full of marble. Here you can find most kings and queens beginning with Charles V who was born in 1500 and who also was Holy Roman Emperor. The last graves added are those of the parents of Juan Carlos I. The impressive room is well sorted: on one side of the room you can find the rulers, on the other side their partners. If you look right you can see that the rulers are all kings, with the exception of one queen – Isabella II, for whom the norm that only kings can rule Spain was abandoned.

The city of San Lorenzo de El Escorial is not very special and was later created around the royal building. If you get there by bus or tourist bus: there is a bus stop some meters away from El Escorial with good facilities. Getting here is most easy if you join a guided tour from Madrid often combined with a visit to the Valle de los Caídos.

One Reply to “El Escorial”