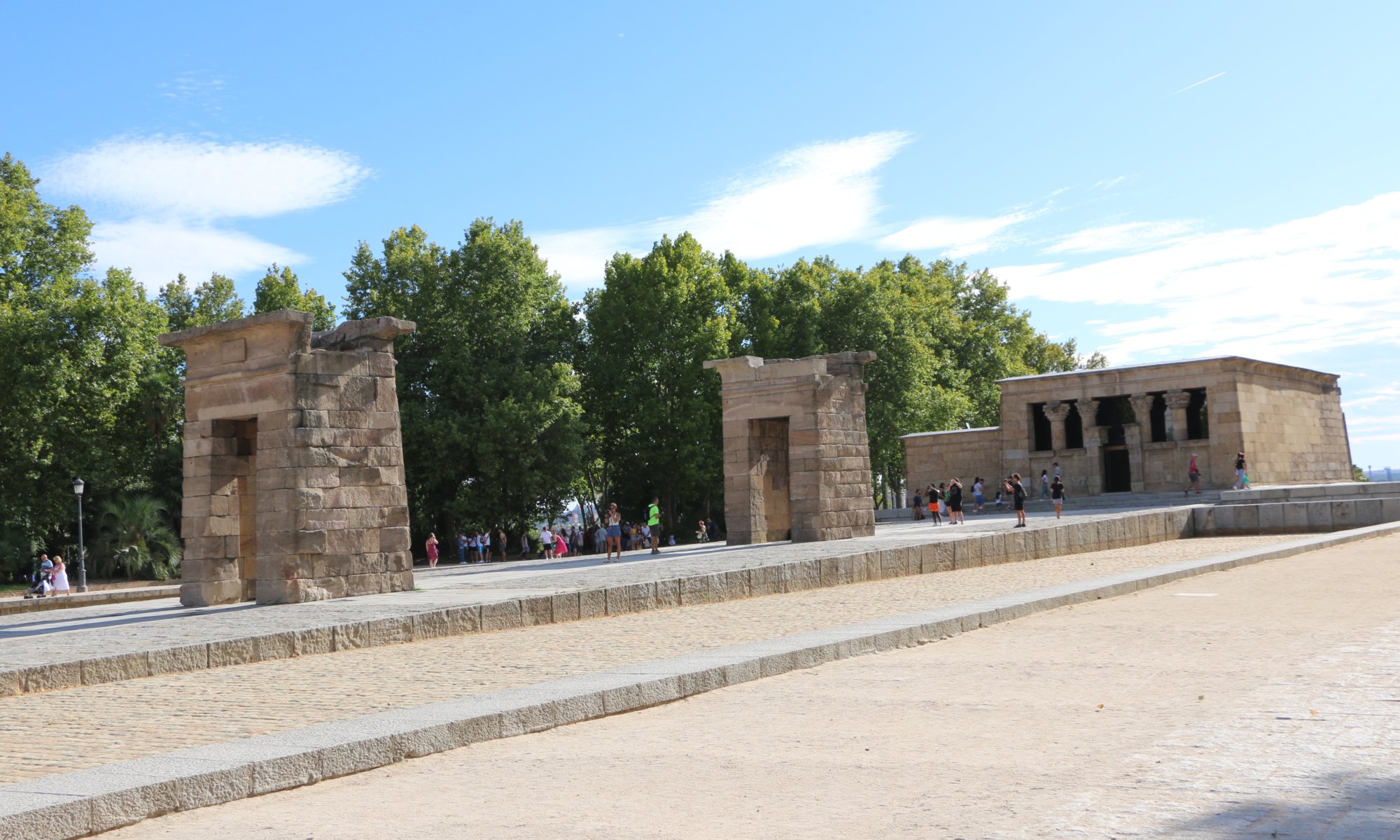 It was once standing at the shore of river Nile. The temple was transported by ship to Valencia and was re-errected at Madrid in 1970. If you want to get inside you need to be there during the opening hours. There is always a queue and the guards are very strict. The temple was surrounded by a pool of water which is now empty – but don’t dare to simply cross it to have a closer look. They take their job serious. 🙂

You won’t simply come across the Templo de Debod – it is standing on a small hill a bit aside. But it is worth to get there – from the terrace next to it you can have good views on the lower parts of the city and over to the Palacio Real and the Cathedral de la Almudena.