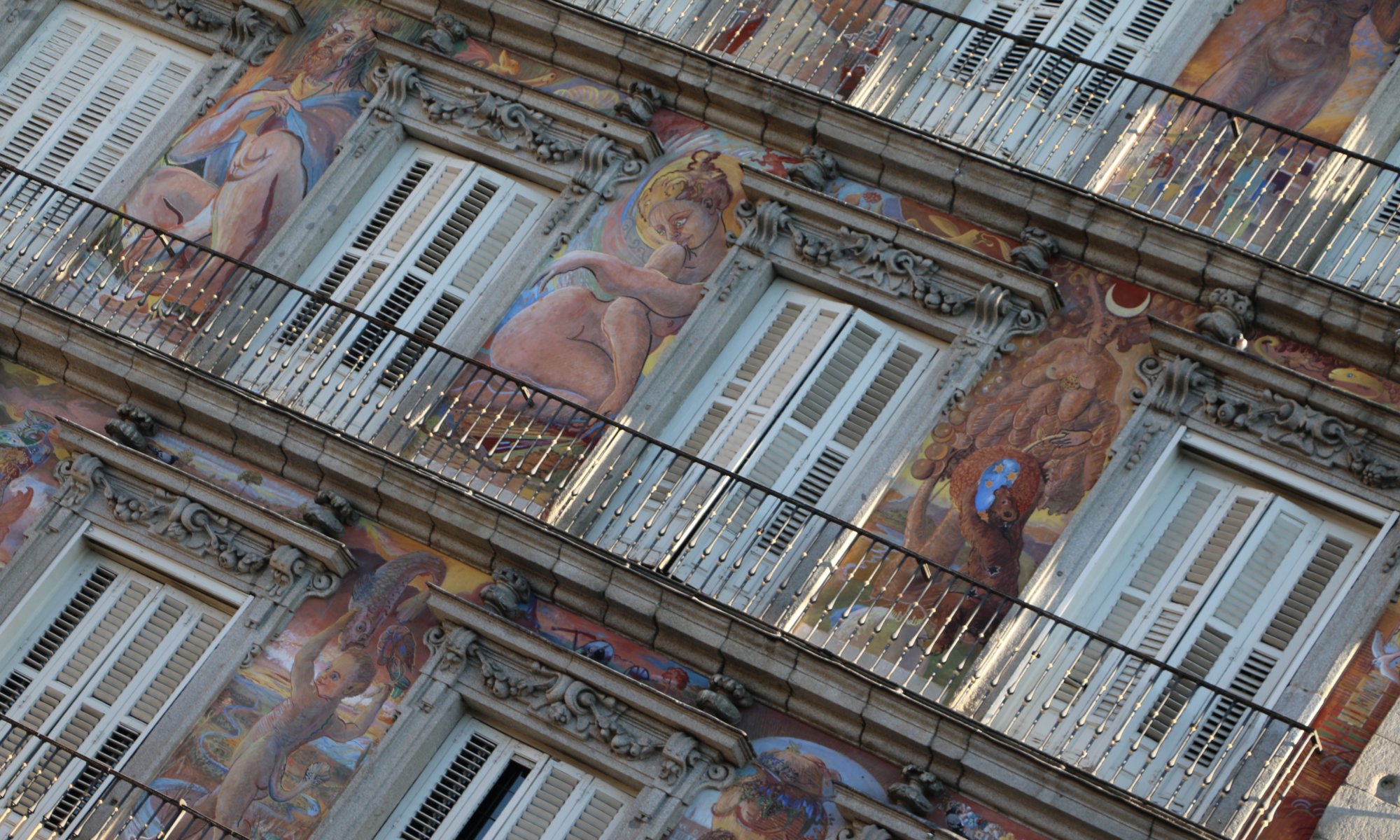 The Plaza Mayor is a very special place at Madrid, Spain but quite typical for a Spanish city: a rectangular space with the same four-level buildings on all sides and various gates – formerly used as a market square. In the center there is a statue of Philip III from the House of Habsburg. I enjoyed especially the paintings on one of the buildings, the Casa de la Panadería – but they are pretty young and were painted only in 1992.

The Plaza Mayor was used for different things over time: soccer games, as a theatre stage, for markets and it was also used to burn heretics during the times of the Spanish inquisition. During Christmas time you can also find a nice Christmas market here. It is located close to the famous Puerta del Sol and next to it you can find the Mercado de San Miguel if you need some good food.

One Reply to “Plaza Mayor”