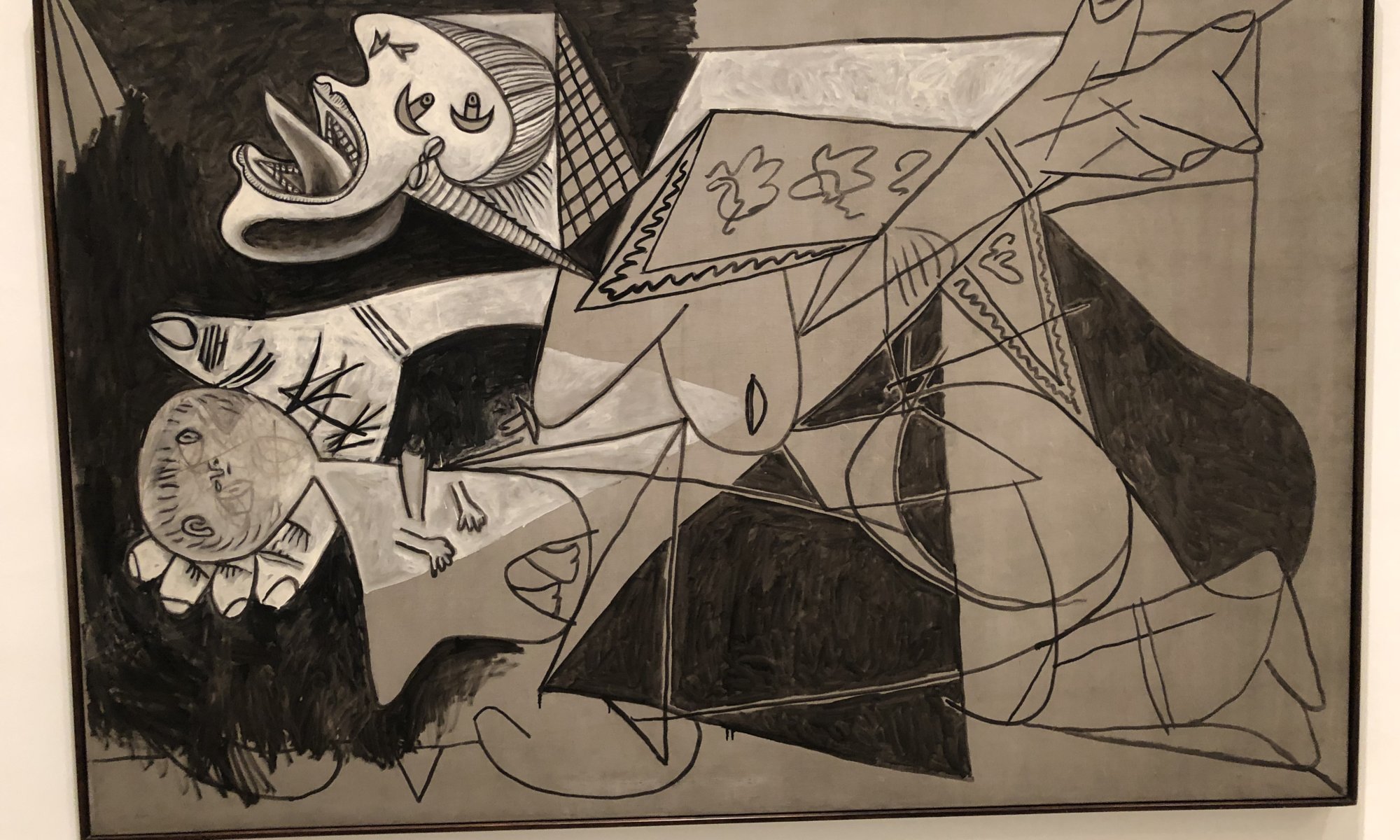 The Museo Nacional Centro de Arte Reina Sofía is a fantastic art museum at Madrid, Spain. It resides in two interconnected buildings close to the Plaza del Emperador Carlos V and the metro stop Estación del Arte. The older building has a wonderful inner courtyard with trees and sculptures, the new building includes a wonderful roofed terrace with good views on the city. The museum itself is like a labyrinth: you can walk in it for ours, get lost and continuous discover new sections with interesting artworks.

The museum was opened in 1992 and contains the Spanish artworks from the 19th and 20th century formerly located at the Museo del Prado. You can find fantastic works of Miró, Dalí and Picasso here, but also a section with modern art. A very important artwork in the collection is Guernica by Pablo Picasso – one of the few works you are not allowed to take a picture of and the original reason for me to travel to Madrid. On the 26th of April 1937 the German military unit Legion Condor attacked the city in the Basque country (Euskadi). Adolf Hitler wanted to assist his fascist friend Francisco Franco but also to test his planes and bombs he later used for World War II.

It was the first time that an air raid was done to eliminate the civilians by carpet bombing. Pablo Picasso painted this picture as a reaction, showing the people and animals suffering from the attack. Already in 1936 Picasso had received the order to paint a picture for the Spanish pavilion at the world exhibition in Paris, France. After the attack on Guernica he decided to deliver his picture about this attack. In Paris the picture showed to the world what was happening in Spain with the help of German and Italian dictators (and French and British forces trying to avoid any conflict).

After the world exhibition the picture toured through the world as a symbol for the republican side in the Spanish civil war. Until 1981 it was stored at the Museum of Modern Art in New York, United States. When Franco died the artwork returned – first to the Museo del Prado and later to the Museo Nacional Centro de Arte Reina Sofía. It is an important artefact of the Spanish civil war, a unique artwork that reminds us on the cruelties of war.

One Reply to “Guernica”