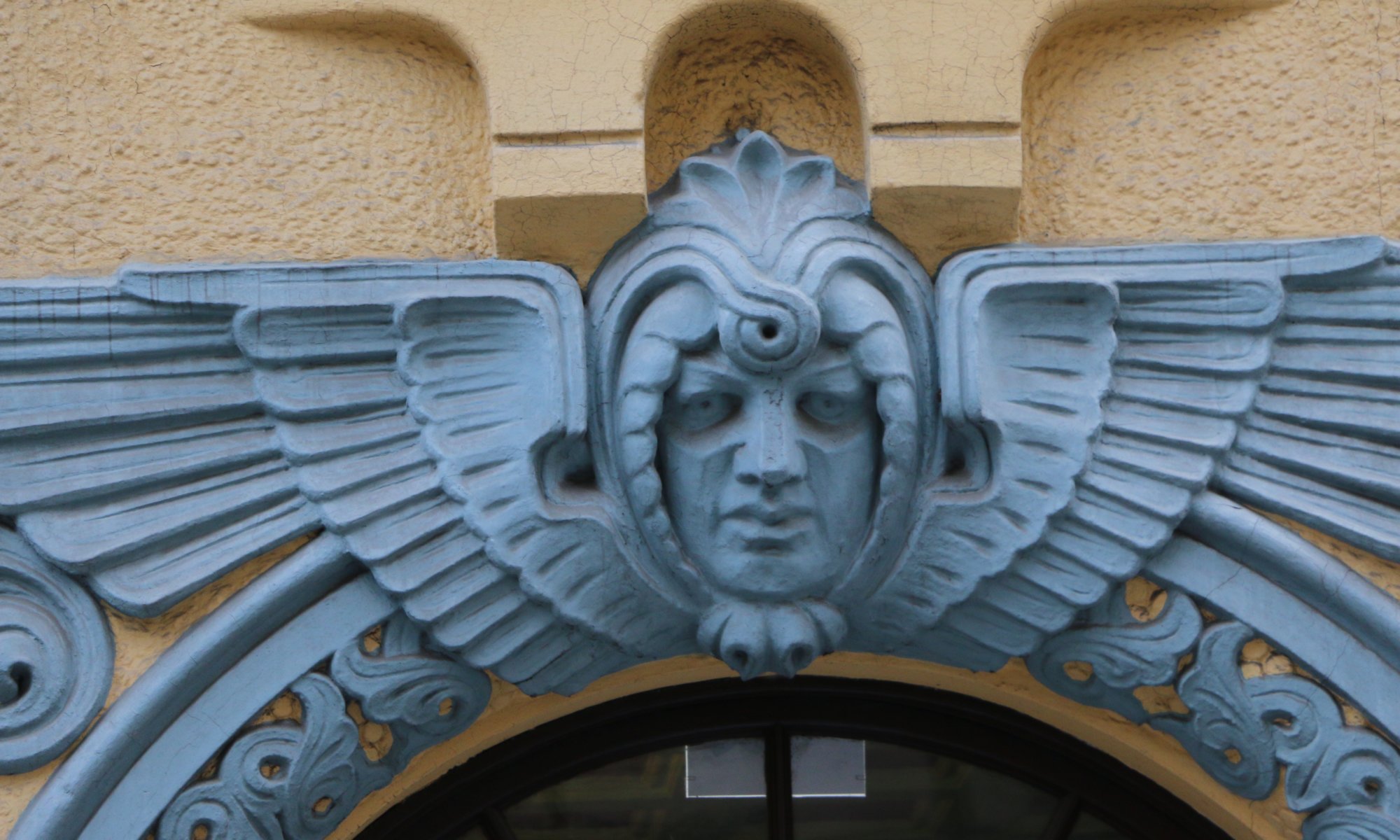 If there is only one thing that you would remember about Rīga, Latvia – then it would be art nouveau. There is a complete quarter full of houses in this wonderful style (located in Elizabetes iela, Alberta iela and Strēlnieku iela) and that is the reason why the city is a UNESCO world heritage site. But you will find also other fantastic architectural styles throughout the city – within the city center you overlook buildings like the old exchange, the house with the cat on the roof, the opera or the academy of sciences.

When I arrived at Rīga by bus I first went on top of the St. Peter’s church to have a look on the city and to see the unusually shaped TV tower. Fortunately the church has an elevator, even if it doesn’t feel so trustworthy. I continued to the market place with the house of the brotherhood of blackheads, the St. Roland statue and the town hall. I walked over to the cathedral and the castle (which is seat of the president but doesn’t look impressive).

After having some sour hering (a fine specialty) I continued with discovering architectural gems and moved forward to the freedom monument and the church of the nativity. Close to that you can find a good skyline bar with fantastic cocktails at the hotel Latvia. I enjoyed ‘shopping’ on the central market, enjoyed some art at the national art museum and learned about Latvian history at the occupation museum.

A wonderful idea is also to get to the Mežaparks and visit the botanical garden of the city. On the way there you can also have a stop at the Brāļu kapi – the brothers’ cemetery. It might feel like a strange idea to visit a graveyard but this memorial is definitely worth a stop. On the other side of the Daugava river you can also have a walk through the botanical garden with its butterfly greenhouse. I couldn’t leave Rīga without a look at the baltic sea and therefore went to the railway station where you can easily catch a train to Majori, Jūrmala – a detour really worth the trip.

Rīga is the capital city of Latvia with around 700.000 inhabitants. It was mentioned first in the year 1150 when traders from todays Denmark arrived at the river mouth of river Daugava. In the year 1200 German merchants from Bremen arranged that the city is founded. The Teutonic Order brought many Germans as settlers to this area. In 1522 the city became protestant, than Polnish reign and later Swedish reign began. In 1721 it became part of the Russian Empire. All this has left traces in the city that still today can be seen.

In the 20th century history became even more complex: in 1917 Germans conquered the city, in 1919 the country became independent, in 1940 the Soviets came back, in 1941 the Germans. Between 1944 and 1990 the Soviets were again the rulers. With all that in mind it becomes clear why independence and national sovereignity are of such big importance for the Latvians and why national symbols are present everywhere.