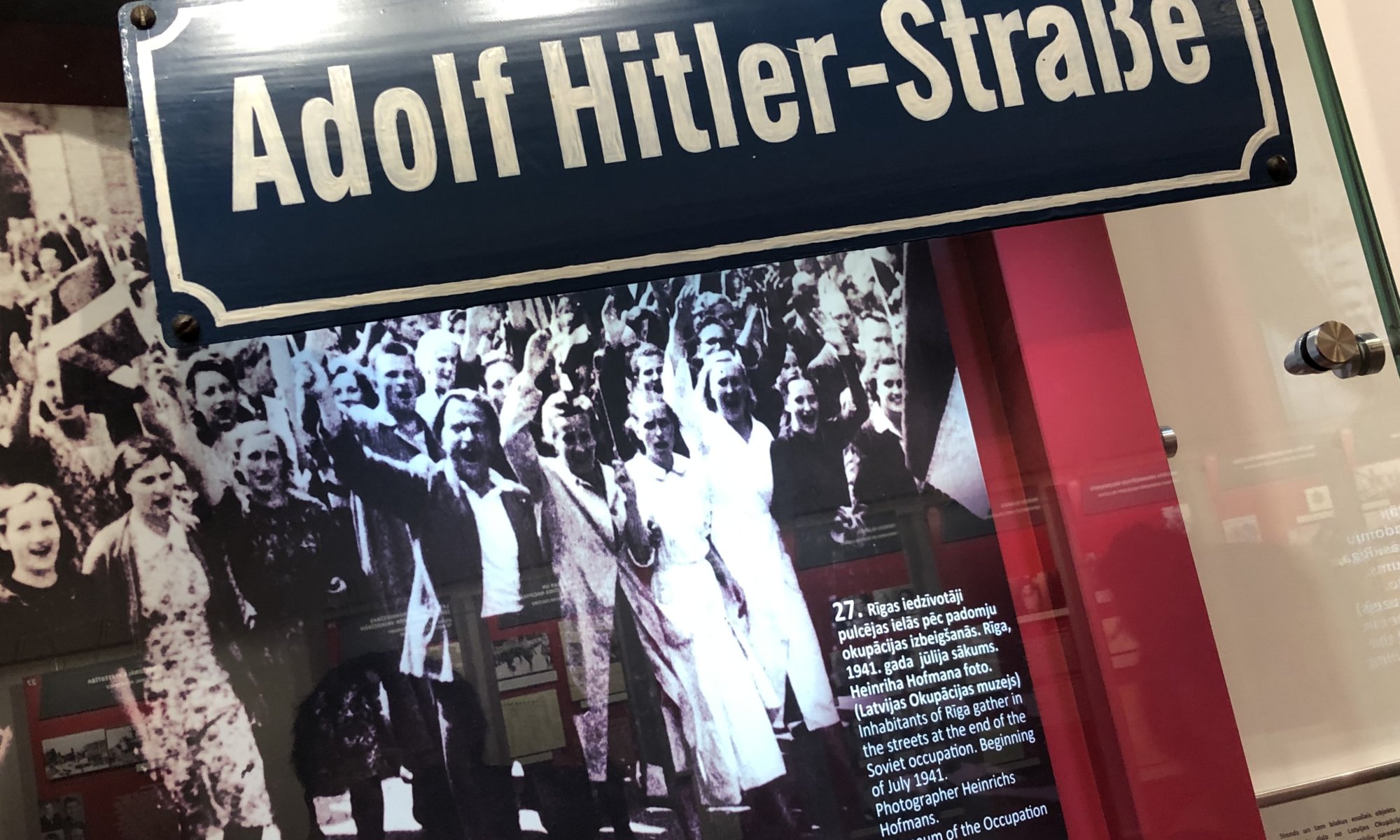 The museum of the occupation of Latvia (Latvijas Okupācijas muzejs) at Rīga is currently at a temporary location. A new and modern building is created next to the town hall and the Melngalvju nams. Until its completion the museum can be found in Raiņa bulvāris 7 – not for from the freedom monument. There it is only a small collection of texts, images and some items in display cabinets.

Nevertheless this place is worth a visit if you want to learn more about the different occupation phases of Latvia. In 1202 the area was conquered by the Livonian Brothers of the Sword – an order that later became part of the Teutonic Order and brought many Germans here. During the upcoming centuries the Baltics have seen the reign of Sweden, Russia and Poland. In 1795 Latvia became part of the Russian Empire.

Between 1918 and 1940 Latvia became independent before it was occupied by the Soviet union. In 1941 Nazi Germany took over power. Tens of thousands of Latvians where deported to Gulags or killed. 90.000 Jewish people alone were executed. An unconvenient truth is that also 140.000 people from Latvia joined Nazi SS units, were involved into war crimes but are still honoured today as they fought for their country and against the Soviets. After World War II and until 1990 Latvia became again part of the Soviet union – known as the Latvian Soviet Socialist Republic (Latvian SSR).