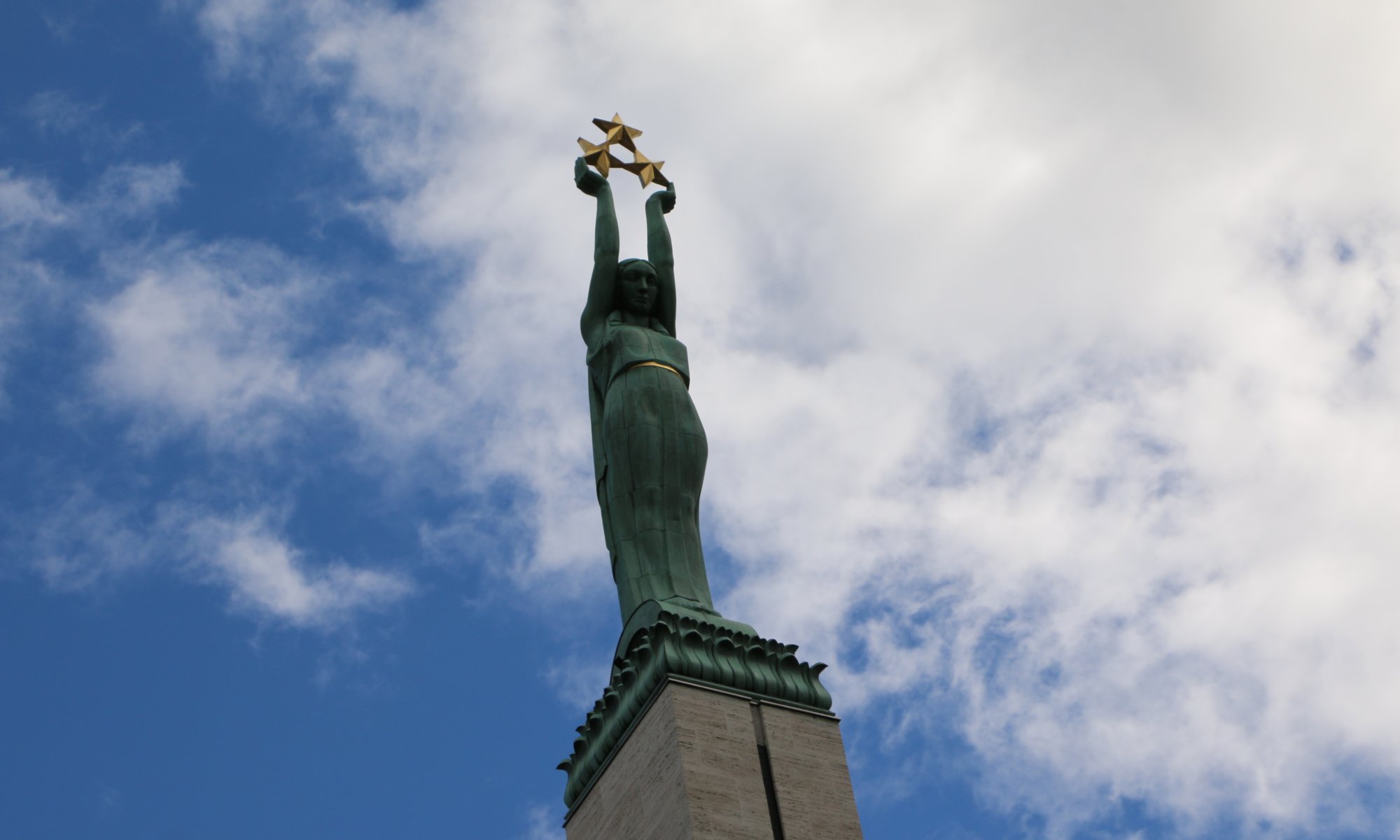 The freedom monument (Brīvības piemineklis) of Rīga, Latvia is a town’s landmark of the city and a symbol for the national sovereignity of Latvia. It was created during the first Latvian independence between 1931 and 1935 and was built as a replacement for the statue of Peter the Great once standing there. Even when Latvia lost its independence again the statue could be preserved.

The monument is 42 meters high and at the top there is a woman as the allegory of freedom who is holding three stars – symbolizing the three traditional regions of Latvia (Kurzeme, Vidzeme and Latgale). During Soviet reign the interpretation changed. By that time these stars should represent the unity of Estonia, Latvia and Lithuania.

At the bottom of the monument you can see 56 sculptures showing scenes from Latvian history, culture and mythology. The inscription ‘Tēvzemei un Brīvībai‘ means ‘for home country and freedom’. Locals often use the monument as a place to meet and gather. During the Baltic human chain for freedom in 1989 the monument was the middle stop (between the ‘tall Hermann‘ at Tallinn, Estonia and the Gediminias tower at Vilnius, Lithuania).