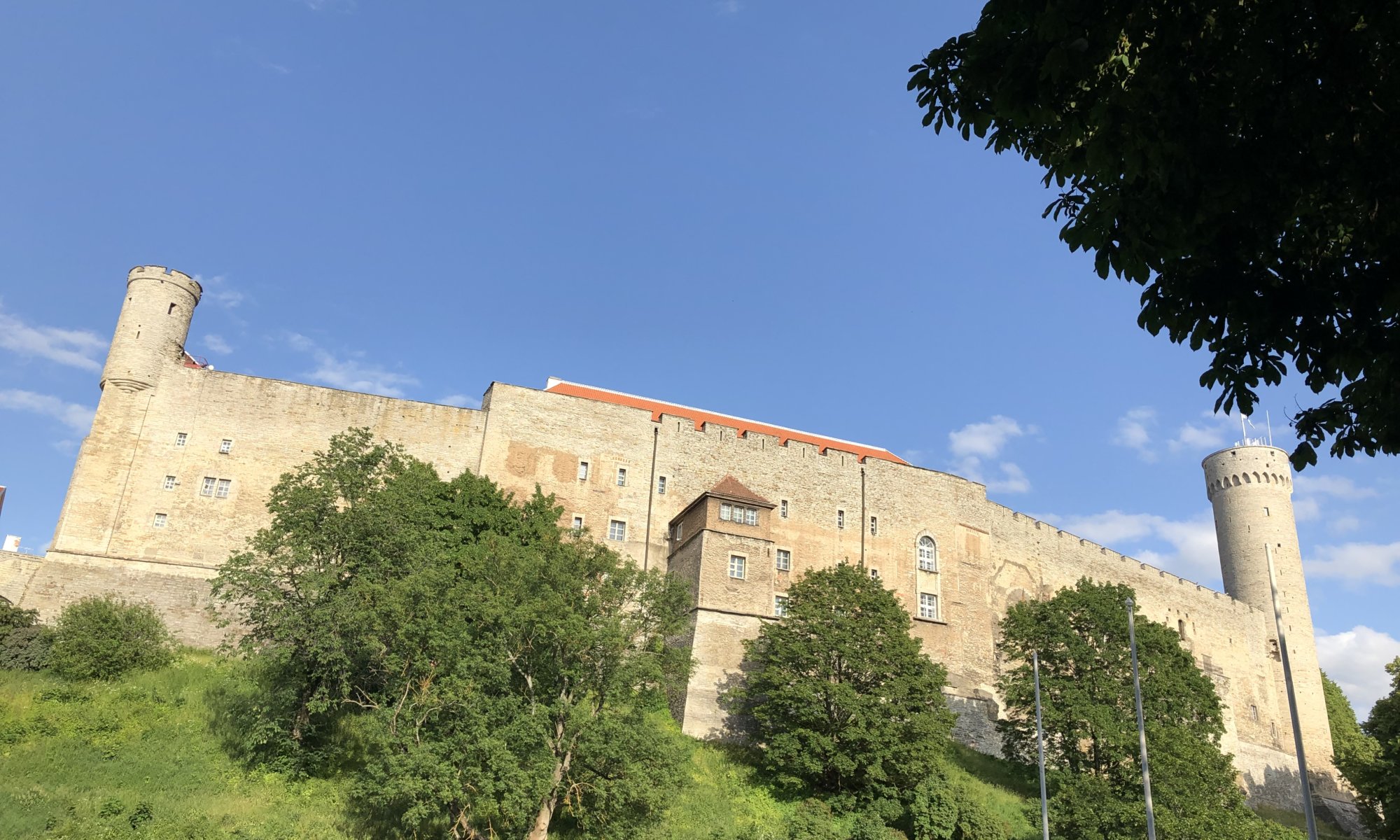 The Toompea is a natural hill at the city centre of Tallinn, Estonia and as it is an easy to defend place it was used for hundreds of years as a stronghold. It is even named in ancient Estonia mythology and is said to be created by the giant Linda. In the year 1219 Danish forces conquered this place and according to a Danish legend the Danish flag – the Dannebrog – fell from the sky during an important phase of the battle and motivated the Danish crusaders.

The first complete castle (today called Toompea loss) at this place was called Castrum Danorum (castle of the Danes). This translates to the Estonian word Taanilinnus and is the source for the city name. The castle is today the seat of the Estonian parliament and you typically can’t visit it. Part of the castle is the Pikk Hermann (tall Hermann tower) where the Estonian flag is raised everyday at sunrise and lowered at sundown.