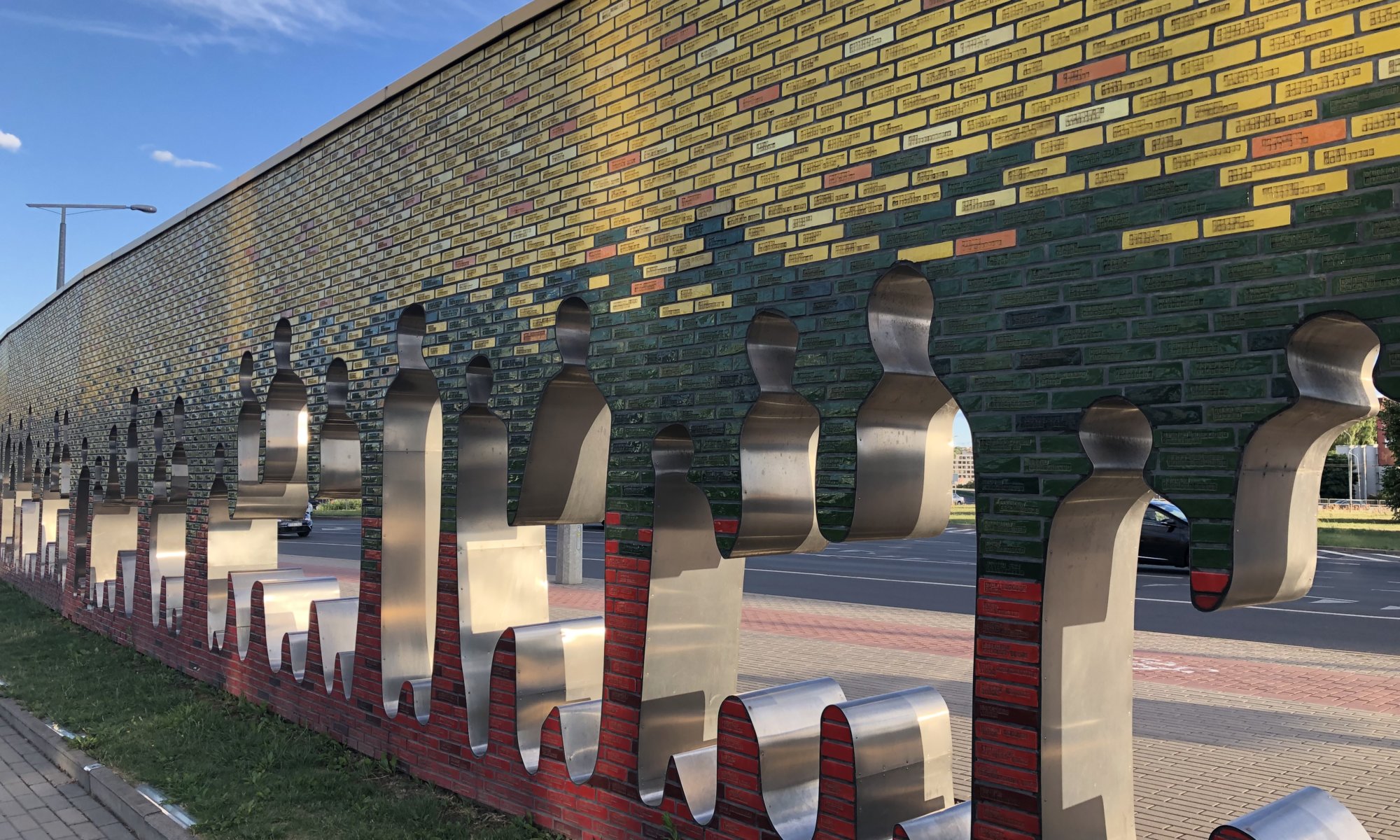 In 1939 Nazi Germany and the Soviet union signed the Hitler-Stalin Pact also called Molotov–Ribbentrop Pact because it was in fact signed by the two foreign ministers at Москва́. As part of this treaty of non-aggression the Baltic states were declared to be part of the Soviet union in the future. 50 years later the people of Estonia, Latvia and Lithuania declared their desire for independence by creating a 650 kilometers long humain chain – the longest human chain in history.

It was called the Baltic Way or The Road of Freedom and happened on the 23rd of August, 1989. Starting point was the Pikk Hermann tower at Tallinn, Estonia; the waypoint in the middle was the freedom monument at Rīga, Latvia and the most southern point was the Gediminas tower at Vilnius, Lithuania. In the end the people striving for freedom were successful. To commemorate this event a memorial was created in 2010 in the city quarter Šnipiškės of Vilnius. It shows the human chain, the bricks are coloured like the Lituanian flag and they carry the names of people who contributed.

One Reply to “The Road of Freedom”