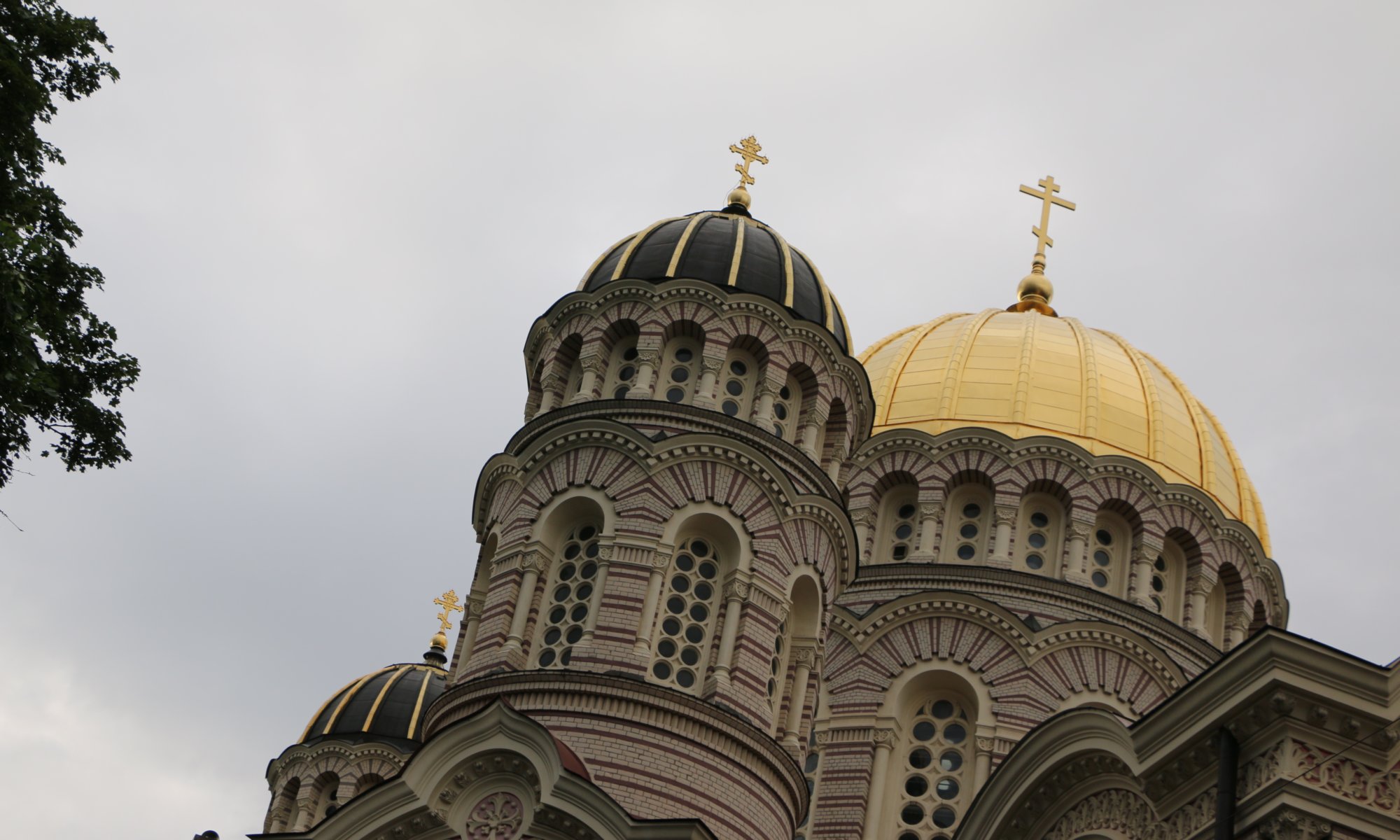 The nativity of Christ cathedral (Kristus Piedzimšanas pareizticīgo katedrāle) at Rīga, Latvia is a wonderful Russian-orthodox church located in the Esplanāde park. It is the biggest orthodox church in the Baltic states and was created from 1876 on in byzantine revival style. It has five cupolas partially covered with gold and a 43 meters high bell tower.

The church was transformed several times: during World War I it became a protestant church, during Soviet reign an observatory. You can have good views on the church from the skyline bar at the hotel Latvia next to it (today part of the Radisson hotel chain).