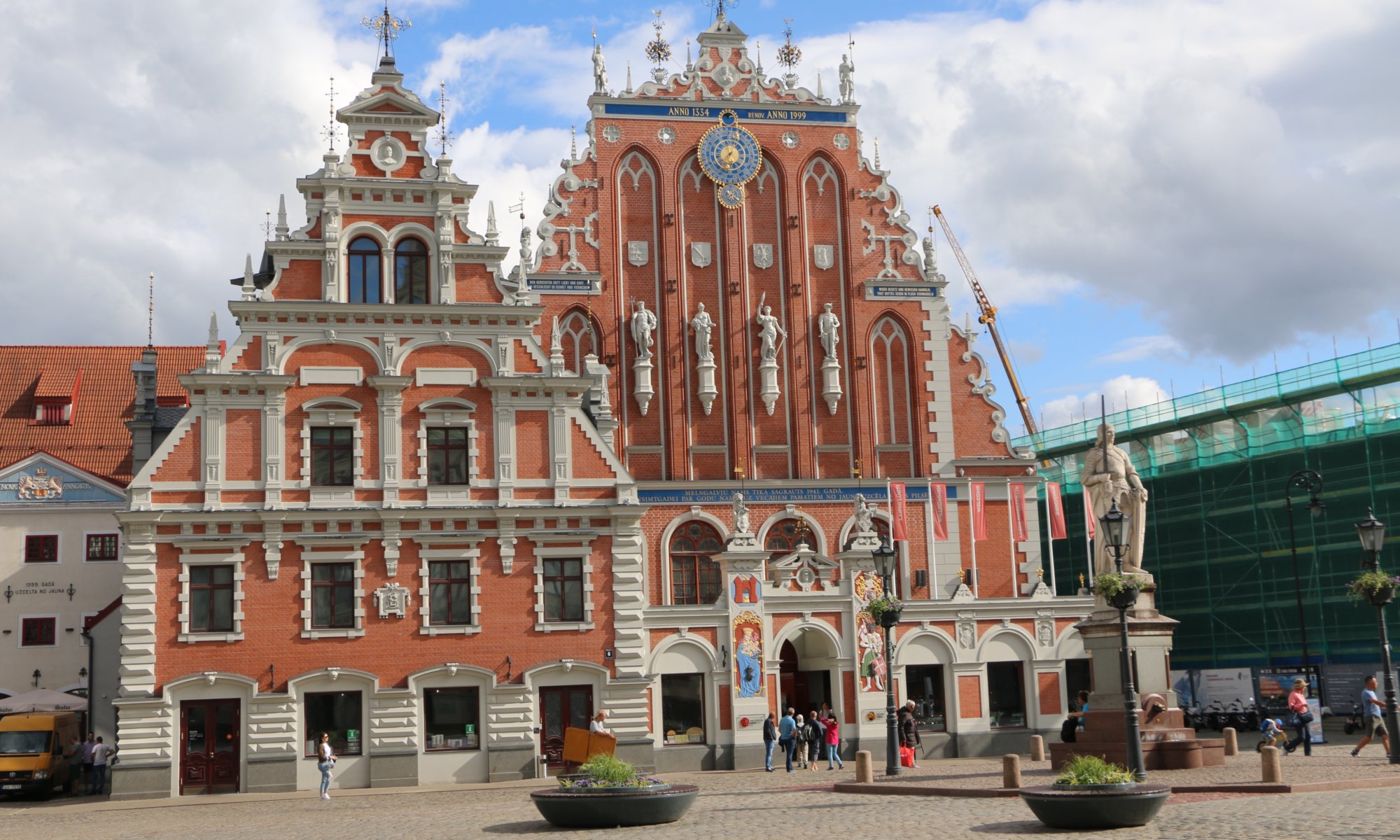 The most beautiful building of Rīga, Latvia can be found directly opposite to the town hall in the city center – the house of the brotherhood of blackheads or Melngalvju nams. It is a gothic style building first mentioned in 1334 and used by the merchants of the city. The facade has many nice decorations and sculptures and you can stand there for a long time and still discover something new. What is not obvious: the whole building was missing for more than 50 years.

When the Germans conquered the city in 1941 the building was destroyed to large extent. The ruins were removed in 1948 and the place was empty – only in 1993 the restoration of the building started; within six years it was fully restored. The brotherhood of blackheads is an association of northern German merchants that were active in the Baltic cities Tallinn, Rīga, Pärnu and Tartu. They had to be singles and the association organized events and political representation. When they became married they left the brotherhood and typically became members of the ‘normal’ guild within a city.