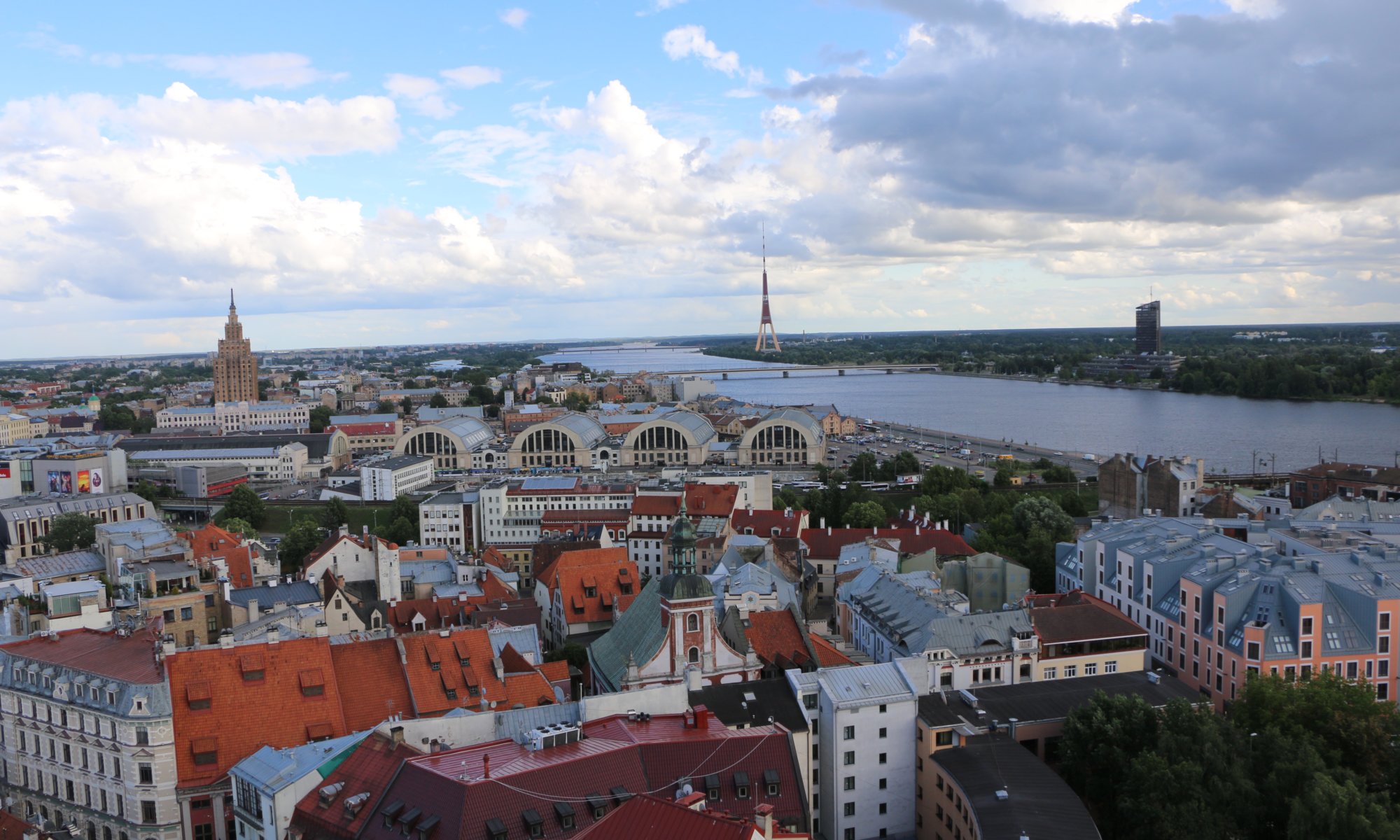 The tower of the St. Peter’s church (Svētā Pētera baznīca) is the highest church tower in Rīga, Latvia. It is around 120 meters high and you can go the second gallery by elevator to enjoy good views on the city. The church itself was first mentioned in the year 1209 CE and is built in brick gothic style. It was continuously enhanced as it should always be more beautiful than the cathedral of Rīga just some streets away.

The tower was destroyed and rebuilt several times, last in 1941. After rebuilding it they’ve got an interesting way to ‘test’ how much luck the new building will have: they throw a glass from the top of the tower and the number of shards symbolizes the centuries the tower will be standing. One time it landed in a stack of hay and only broke into two parts; in 1973 the glass shattered into countless pieces. The clock within the tower plays a Latvian folk song every three hours.

If you want to get up you’ll have to buy a ticket and turn right where you’ll have to walk up to the 3rd floor. The elevator is small and old. It is operated by a person inside and you’ll have to simply wait for it. On top you’re standing on a windy platform with very good, unhindered views in all directions.