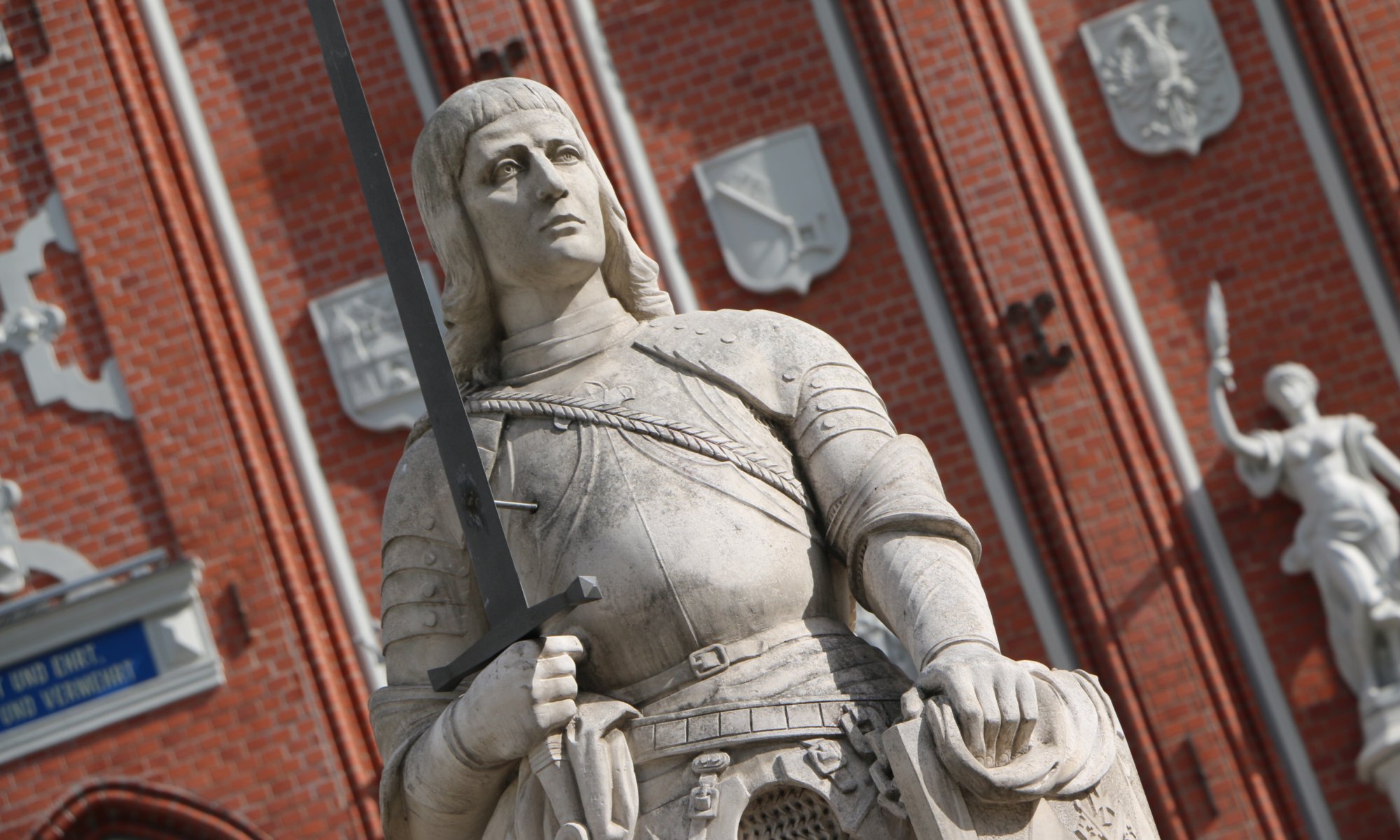 When a German hears of a statue of St. Roland he will most probably think of the one standing at Bremen, Germany. But you can also find one at Rīga, Latvia between the town hall and the Melngalvju nams. The first version from the 14th century was a wooden one which was replaced in 1894 by a version made of sandstone. The current one is a replica – the original one from 1894 can be found within the St. Peter’s church.

The Roland is a knight with a simple sword and symbolizing the freedom, independence and the rights of a city. It can be found on market places throughout many European countries (and also in Germany, here mostly in the north and east). This tradition goes back to a Frankish military with this name who died in the year 778 CE. He became well known in medieval Europe especially because of a song (The Song of Roland).

The statue at Bremen, Germany was one of the earliest – from here the idea and the statue started to spread. And it is no surprise that one of them came to Rīga, Latvia as both cities were part of the Hanseatic League.

One Reply to “St. Roland”