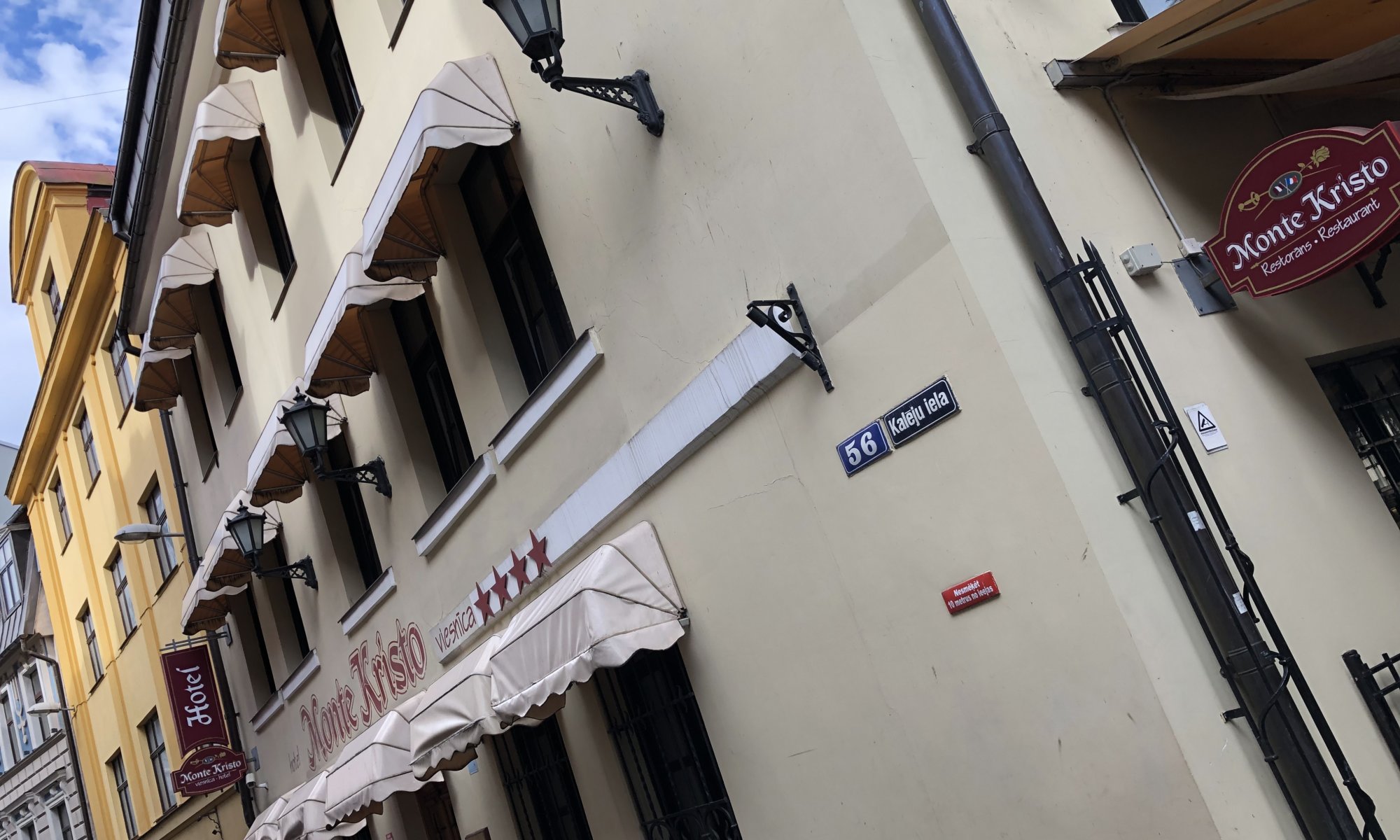 The owners of the hotel Monte Kristo at Rīga, Latvia must be fans of the adventure novel ‘The Count of Monte Cristo‘ by Alexandre Dumas. The hotel looks pretty ancient, everywhere you can see paintings of ships and harbours and in the corridors there are barrels and trading sacks. Even though you won’t see much of the Baltic sea during your visit you’ll at least have maritime flair.

The hotel is a little bit labyrinthine and has two drawbacks: the breakfast room is in the cellar and is too small – but you can take your food outside or to the conference area. And the Wifi consists of many different hotspots with the same password – but you’ll have to connect your devices several times when using them in different areas of the hotel.

But that all doesn’t matter as the hotel has the perfect location: at the outer boundaries of the ancient city center (allowing to go to the center really fast) and close to the railway station and bus station. An important tramway and bus stop (13. janvāra iela) is located in the direct vicinity. If you need a supermarket that is open late you can find a Rimi in the Galerija Centrs only 120 meters away.