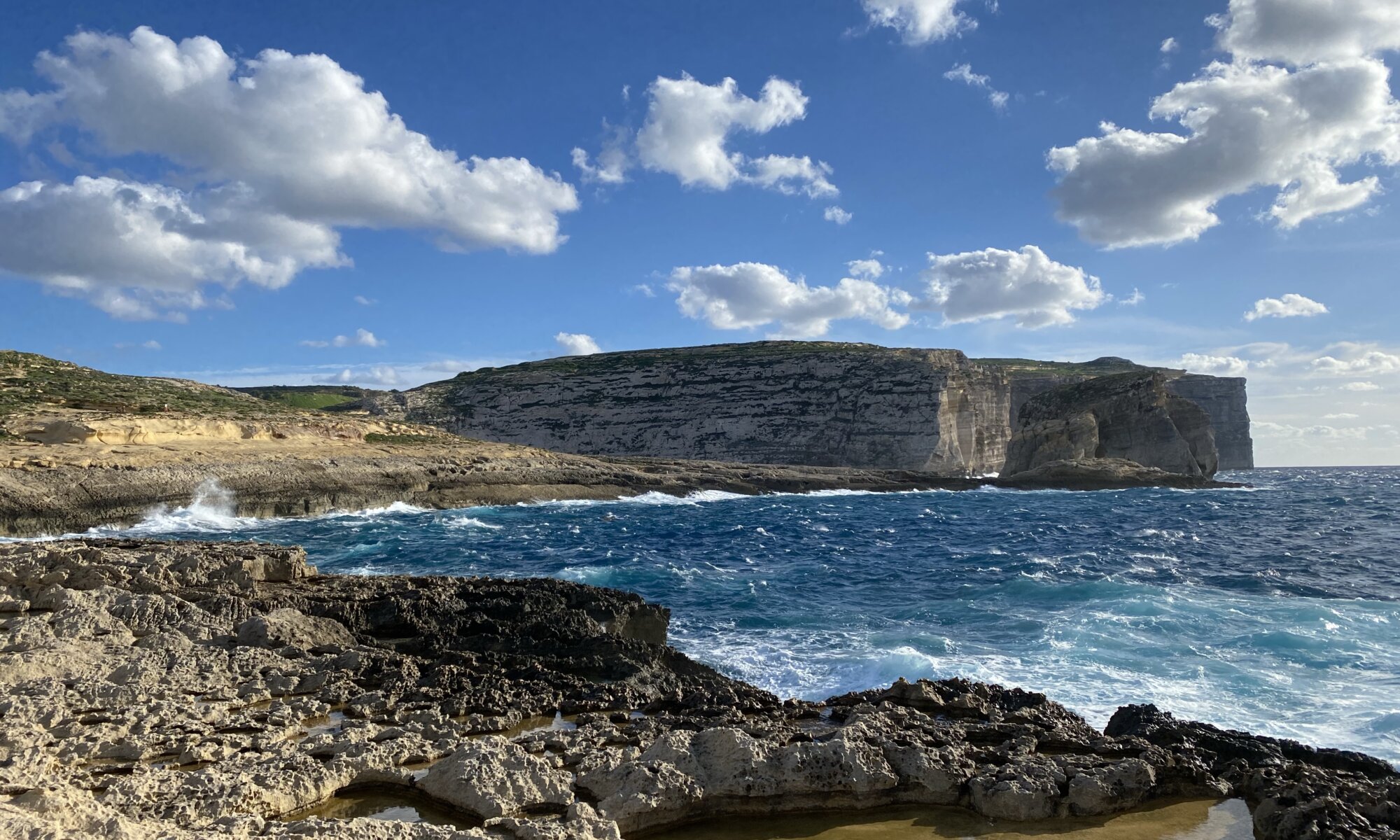 Malta is a set of islands in the Mediterranean Sea between Italy and Northern Africa. Once connected to Sicily it developed a rich cultural heritage. Because of its strategic position it saw many rulers come and go, including the Knights Hospitaller and the British leaving their visible traces on the islands. As an important base during the Crusades or as an unsinkable air-carrier during World War II, war has always shaped the past of the islands.

For me this was a special trip because I had already been there in 1998 – my first journey by plane ever. Normally I prefer to visit unknown places, but the coronavirus pandemic forced me to select destinations with low incidence and high vaccination rate. In combination with the higher temperatures on the Maltese islands in November this brought me back to this Mediterranean perl. Getting back didn’t feel like revisiting known places, because I was a different person 23 years earlier and travelling in a tourist group, without planning my tour alone. It needed some time until I first had the feeling of ‘I’ve already been here’.

As a first stop a planned to visit Valletta and therefor I also searched for a hotel in this area. My plan was to explore the islands by car and that’s why I needed a remote home that is easily accessible and offers a good car park. Valletta as a mostly car-free city was not an option because of that. The touristic areas of Sliema and St. Julians north of Valletta seemed sensible and I booked at the AX Victoria hotel of Sliema. A good choice, as ferry boats bring you easily over to the capital city.

Valletta is a special capital: built after Turkish attacks on a mountain within the harbor. It’s a place to walk through these ancient structures, explore the high walls of the city and look into the deep moats protecting it. Best views on the harbor are offered at the Upper Barrakka Gardens, facing the southern part of the harbor. It’s also a good place to rest and enjoy life. The most important place to visit is St. John’s Co-Cathedral, the main church in the city and full of richness – it is worth the high entrance fee and the sometimes long waiting lines in front.

A must-see at Valletta is also the archaeological museum in the main pedestrian zone. It gives you insight into the different centuries of Maltese history and you can also see the Sleeping Lady, an important miniature figure found at one of the ancient underground burial sites. When the city was European Capital of Culture in 2018 it received a fantastic new art museum close to the parliament, the MUŻA. And for sure there is no way around visiting the fort St. Elmo that played an important role during Turkish aggression and British usage in World War II.

The next sensible step after exploring the capital city is to go back in history and to visit the older settlements in this area, especially the Cottonera or the Three Cities. Located south of the harbor they were the historic germ cell of the region and offer a lot of historic structures that you can best visit by ferry from Valletta: just take the lift from the Upper Barrakka Gardens and you will be transported over to Vittoriosa. From there you can walk through the ancient city gate of Senglea towards the Gardjola gardens or explore St. Angelo, the second large fortification at the harbor that has been preserved.

Most impressive places in the center of the main island are the two converging cities of Rabat and Mdina. The latter is the seat of the former Maltese aristocracy and a well-protected ancient city with high walls. Rabat, easily reachable on foot from there, offers ancient underground burial sites that you can explore, the St. Paul’s catacombs. And finally, there is Mosta, a former shelter against pirate attacks which has an amazing church designed after the Pantheon of Roma, Italy.

Spectacular nature awaits you at the west coast: the high Dingli cliffs, dive sites and natural swimming pools like Għar Lapsi and most important: the famous blue grotto that you can explore by boat. On the southern coast the fishermen give you the chance to taste fresh fish at the harbor of Marsaxlokk. And when you’re already there you can jump into the water of the Mediterranean Sea at the St. Peter’s pool.

An important highlight of Malta are megalithic ancient temples bundled in the UNESCO World Heritage Site ‘Megalithic temples of Malta’: Tarxien, Ħaġar Qim & Mnejandra, Ta’ Ħaġrat & Skorba, and Ġgantija (Gozo). These are religious sites that are more than 5,500 years old, and you can still wonder how the people moved these giant stone blocks. It’s impressive to visit them and learn more about former cultures on the island, but you don’t need to see all of them (Tarxien is the closest to Valletta, Ħaġar Qim has the best visitor’s center and the best explanations).

A good trip to Malta doesn’t end on the main island, you might want to also have a look at the car-free island Comino with the wonderful blue lagoon and to discover the nature at Gozo. In both cases you can take a ferry boat in the north of the main island at Cirkewwa. On Gozo I enjoyed the Rocky Bay (where once the Azure Window could be seen), the gorge Wied il-Għasri which is a special place to swim and the Cittadella of Victoria that has been restored during the last years.

When you’re done with swimming and learning about the history of the island, there is also some entertainment: Malta has a wonderful National Aquarium in the shape of a starfish and one of the best science centers I’ve seen so far – experimenting with science at the Esplora close to Valletta can really brighten a rainy day.

When coming to Malta you need to decide between public transport and car rental. As I had only limited time on the island having a car was necessary. Driving on the left side of the road isn’t a problem, you can rather worry about finding parking lots in urban areas. And I experienced heavy rain (in off-season!) that Malta isn’t prepared for. Cars were stopping on flooded roads, and I even damaged my rental car as the water was loosening the front lights. But that’s probably only happening once a year.

My second trip to Malta was a good one and I really enjoyed visiting historic places like Valletta and Mdina, or exploring natural beauty at the blue grotto and on Gozo. But Malta will never become my most favorite place on earth and that’s mostly because of the high density of houses. In the east of the island, you’re sometimes having the feeling that the complete island is just one large city. Malta is in the top ten of the states with the highest population density: just behind Monaco, Singapore, the Vatican, Bahrain and the Maldives.