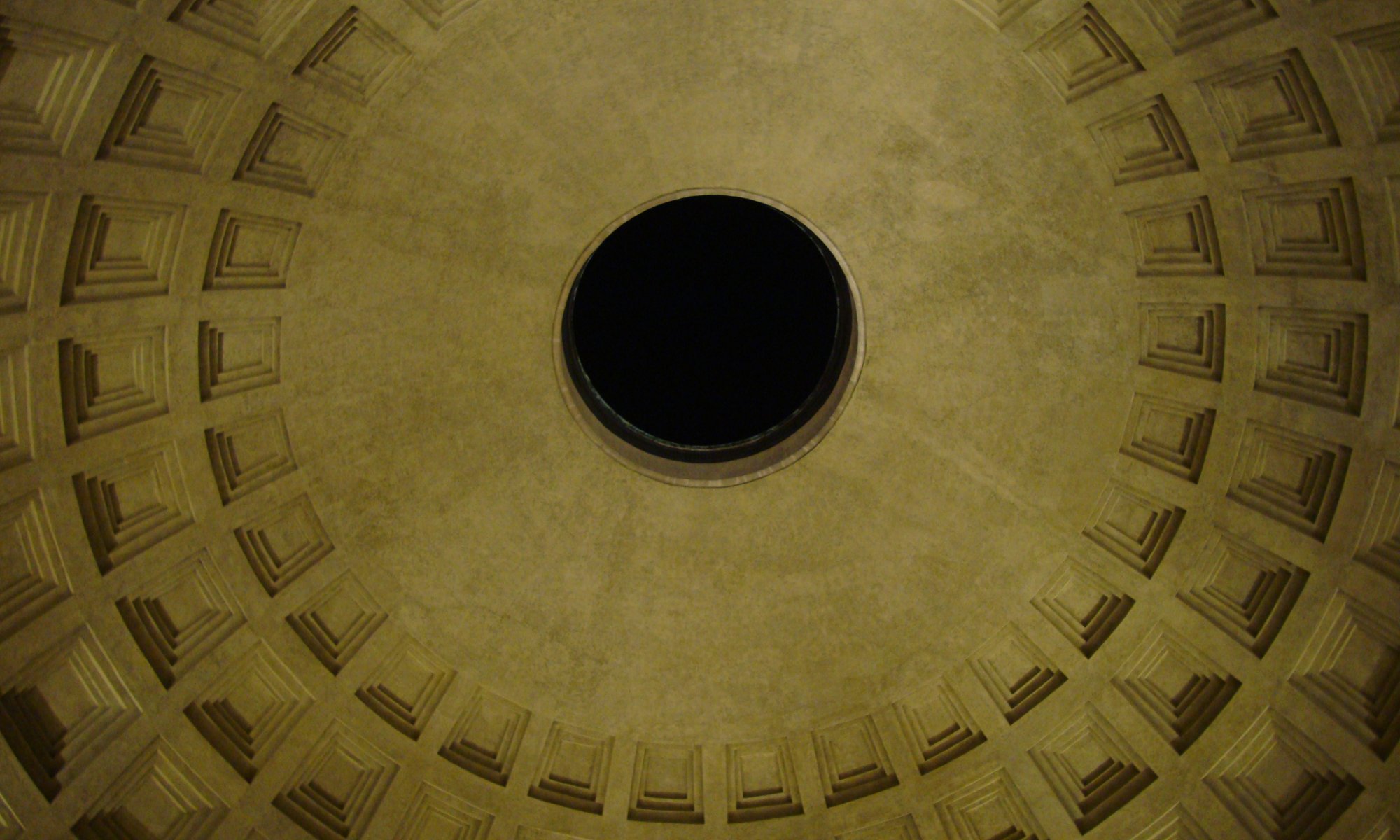 The Pantheon in Roma, Italy is ancient building that was turned into a roman-catholic church named Santa Maria ad Martyres. It was finished in 128 CE and for 1700 years it had the largest cupola in the world. It was dedicated to all gods of the Roman Empire.

In the year 609 CE it was converted to a Christian church. The building changed over time, towers were added and removed, parts of the building were transformed to cannons for the Castel Sant’Angelo. In the 13th century Bernini added to towers as a last change.

Not only kings and cardinals are buried here, it is also the grave of painter Raffael. It is an architectural prototype and was an inspiration for other architects. You can see elements of it in San Pietro, the Dôme des Invalides and the Panthéon in Paris, France, the Cathedral of Berlin, Germany and the United States Capitol of Washington, United States.