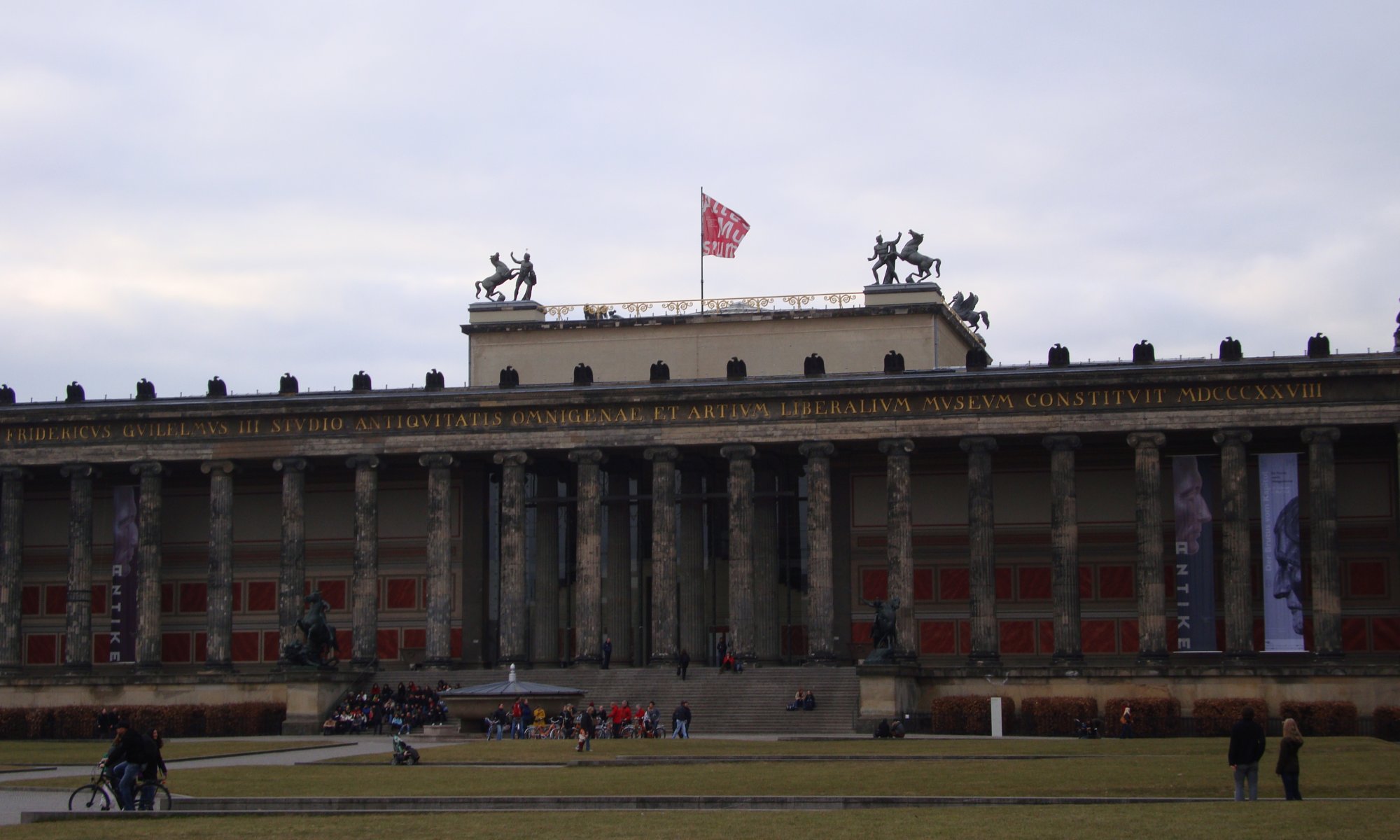 The Altes Museum (old museum) is an art museum on the museum island of Berlin, Germany – close to the Berliner Dom. It was built by Karl Friedrich Schinkel until 1830 and was then named Neues Museum (new museum), later Königliches Museum.
The museum hosts the Antikensammlung, showing ancient art from Greek, Roman and Etruscan times. Parts of the building are inspired by the Pantheon in Roma, Italy. The place in front of the museum was used for propaganda and mass events during Nazi times.