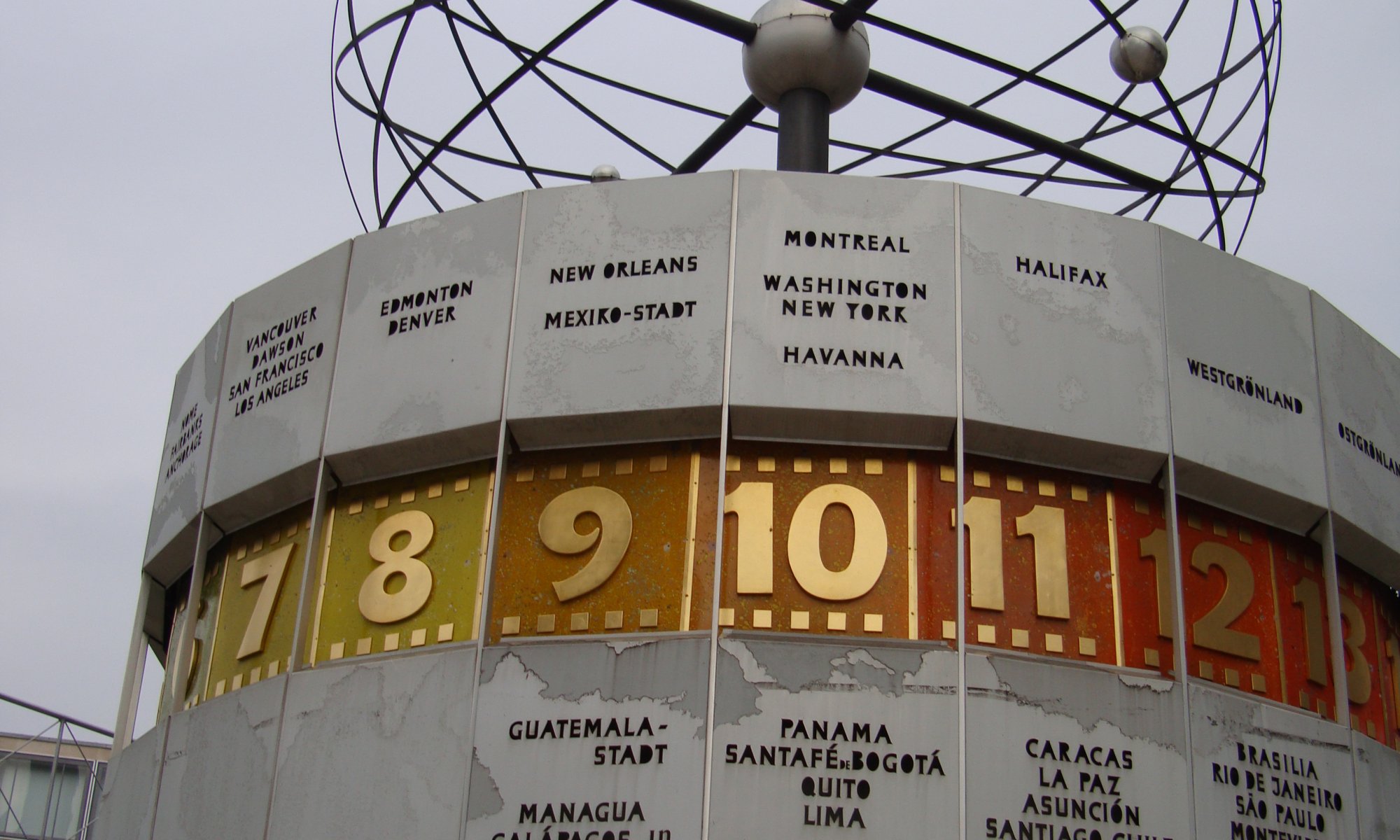 The Urania-Weltzeituhr is a world time clock on the Alexanderplatz in Berlin, Germany. It was installed in 1969, is ten meters high and contains the names of 148 cities worldwide and shows also the current position of planets.

It weighs 16 tons and was installed for the 20th anniversary of the GDR. The technology of the clock is in 5 x 5 meters large room under the clock. In the year 1997 the clock was refurbished, Leningrad was renamed to St. Petersburg, Alma Ata became Almaty. Also Jerusalem and Tel Aviv were added, they were unwanted during GDR times.