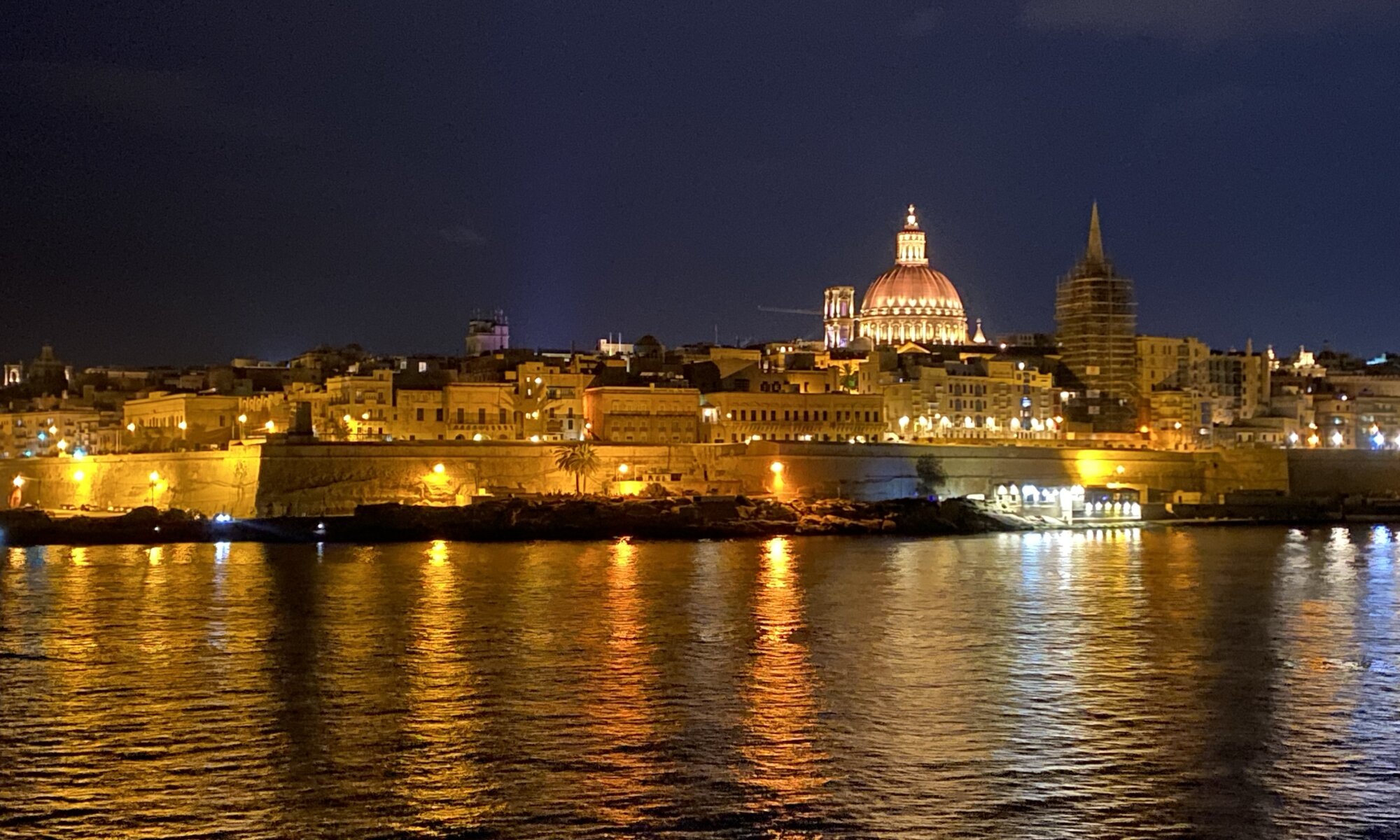 The capital city of Malta is a special one: mostly car free, located on a large headland in the harbor, surrounded by large ancient walls and connected by ferry boats to the cities around it. Valletta is named after Jean de la Vallette, the Grand Master of the Order of Malta that erected the city. We all know their unique Maltese cross and the organization that still exists today.

In 1565 the Osmans attacked Malta and destroyed the fort St. Elmo at the harbor entrance. The defenders of the island could succeed nevertheless and decided to create a well-protected city on the headland behind St. Elmo to be safe in the future. This process lasted around 20 years and was supported by the pope. Valletta remained unconquered until the fleet of Napoleon arrived in 1798.

During both World Wars the British used the island as an unsinkable aircraft carrier and especially in the 2nd World War German and Italian forces bombed the island heavily. All the caused destruction has been removed and the British past of the island is only visible in the military bases that were in use until 1979.

Today, nearly the complete capital city is a UNESCO world heritage site. It’s a lovely place that you can walk around at for hours, exploring the fortifications, having a look at the parliament and finding good restaurants and bar. The most important places to visit are:

If you want to access Valletta you will probably do it through the main city gate (Bieb il-Belt) which is accompanied by the large Triton fountain. But you can for sure also get there by boat, most easily via the ferry boat from Sliema in the northeast or from the Three Cities in the southeast (underneath the Upper Barrakka Gardens).