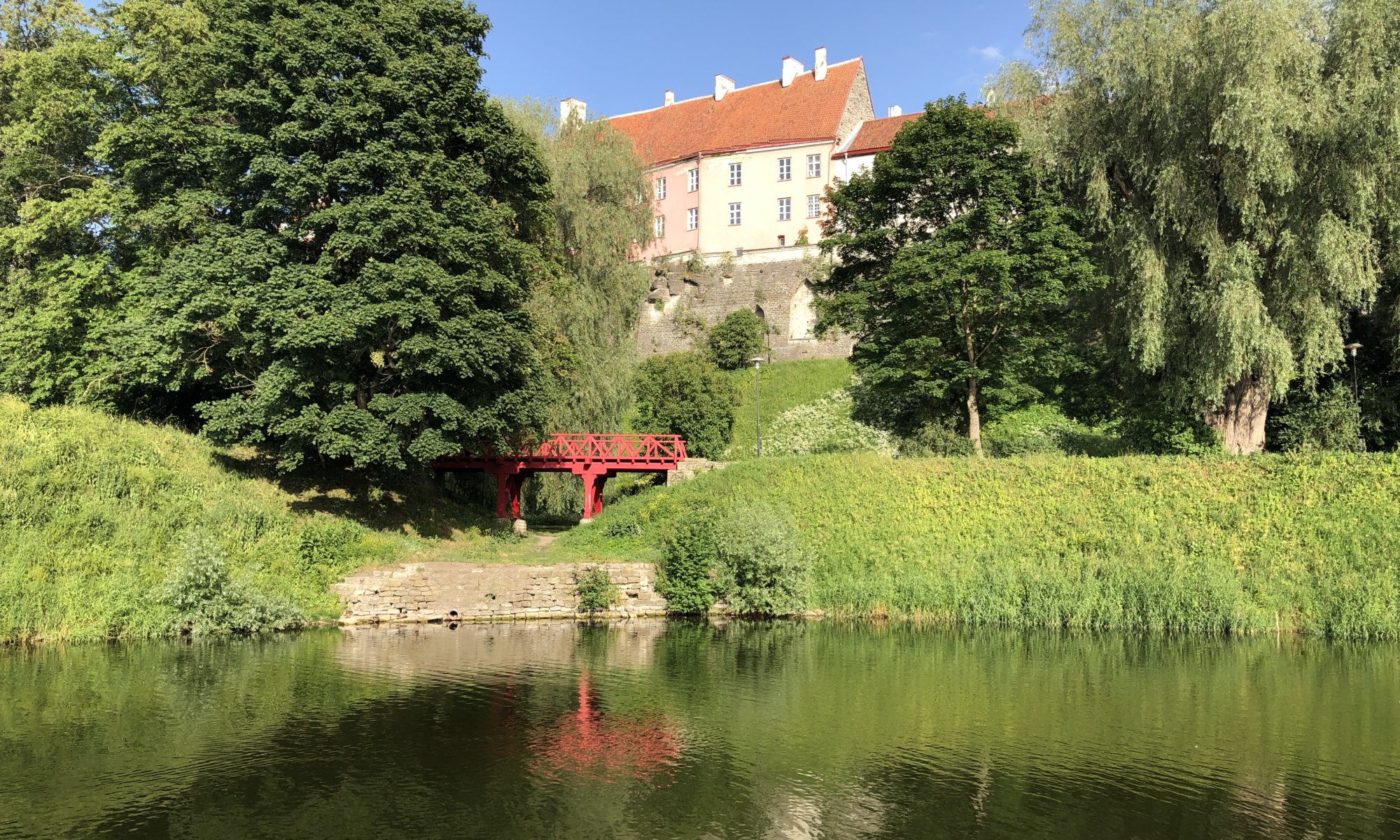 Starting my trip to the Baltic states at Tallinn, Estonia (formerly also called Reval) was a perfect idea. Relaxed and rather quiet people, a wonderful city with a well-preserved old-town (Vanalinn, a UNESCO world heritage site), the Toompea hill and the parks around it and a tech-savvy nation that makes travelling easy. It already starts with the fantastic and small airport that is really welcoming and the cute Finno-Ugric language.

There are no currency problems as Estonia has the Euro and nearly everywhere you can pay by just presenting your credit card. What really surprised me was how long days are here: the sunrise was at shortly past 4 am and the sundown past 10:30 pm. If you want you explore the city many hours every day. As the city has a harbour for cruise ships many tourists come here and it seems to be the best-known city within the Baltic states.

I started with the buildings on the Toompea hill: the Toompea loss (castle) with the ‘tall Hermann’ tower, the Aleksander Nevski katedraal and the well-preserved red-roofed city fortifications of the beautiful old town. I walked along the shore of the Baltic sea and even if museums are mostly closed on Mondays I could visit the Eesti Meeremuuseum and the Okupatsioonide ja vabaduse muuseum (VABAMU) – learning more about the two younger occupation phases.

I had a long walk through the zoological garden, climbed up on top of the Teletorn (TV tower) and visited the botanical garden as well as the city quarter Kadriorg with the palace and its gardens. Tallinn is in some parts still unfinished and has its special atmosphere – but always you have the feeling that the city is continuously advancing and evolving.

About Tallinn and Estonia

Tallinn is the capital city of Estonia and has around 430 000 inhabitants. Until 1918 it was named Reval and since then it has its current name derived from the Danish fortress on Toompea hill (Danish castle = ‘taanilinna’). A first wooden castle was created there in the 11th century CE and the Danish conquered this place in 1219. In between the Teutonic Order ruled at the city which became part of the Hanseatic League and a German upper-class remained even under returning Danish reign.

In 1561 the Russians defeated the Teutonic Order and Tallinn became a protectorate of Sweden until when in 1710 the Russians took over power in the city. Both countries left their traces especially with a Swedish church and the Aleksander Nevski katedraal. In 1918 Estonia became independent for the first time but this independence lasted only for 22 years. After that the country became occupied by Germans (1941-1944) and Soviets (1940-1941, 1944-1990).

In 1991 the Estonians got their second chance and became independent again. The country became part of the European Union and the NATO in 2004 – securing the existence of Estonia but also expanding the area of this collective defense organization close to Russia (which already caused international trouble). The flag of Estonia consists of blue, black and white stripes: blue for the nordic sky, for loyalty and trust; black for the troubles of the past and the ancestors and white for the snow and the future.