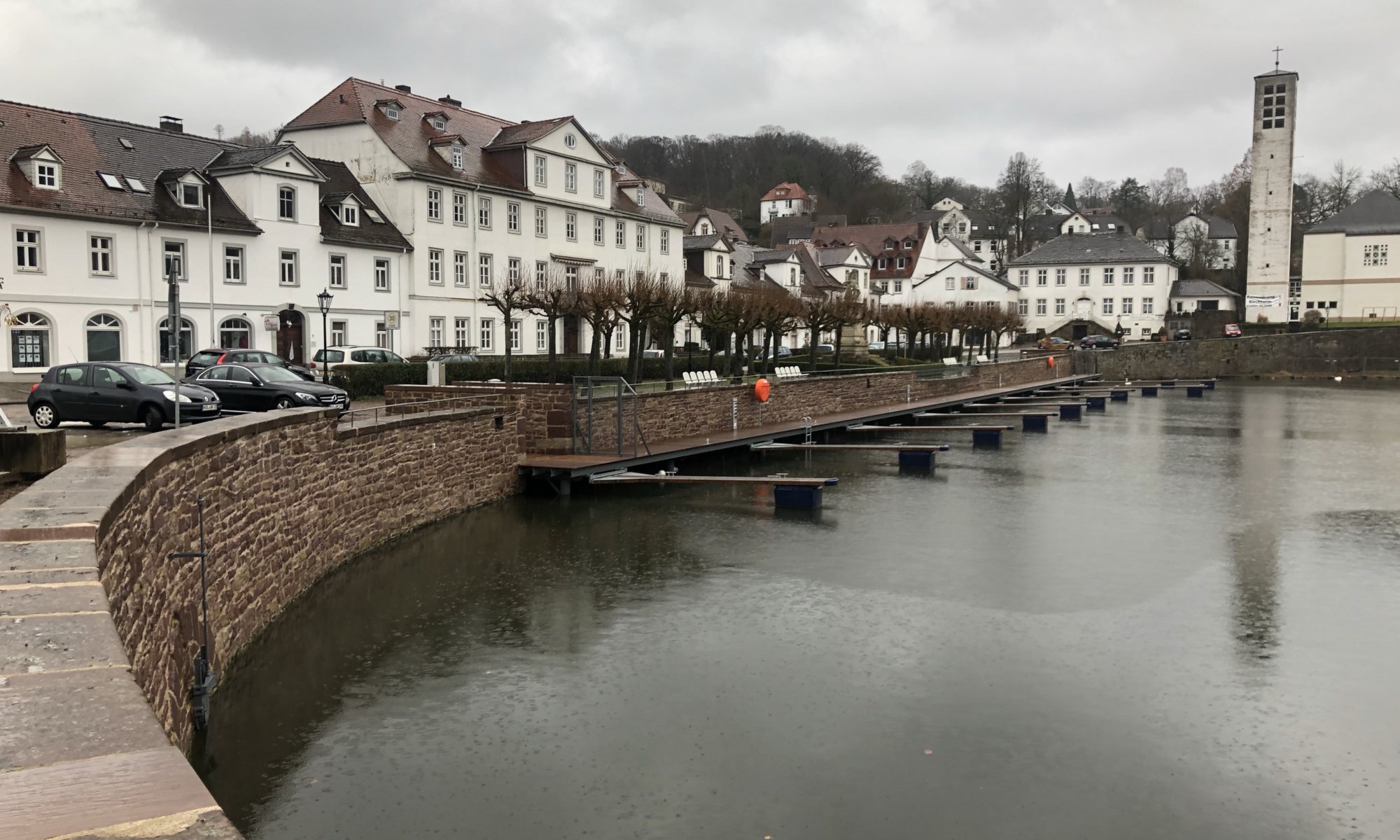 Bad Karlshafen, Germany, is the most northern city of the federal state of Hesse. The ‘Bad‘ in its name shows that it is a spa city and people get there to cure their illnesses. It was founded by Charles I, landgrave of Hesse-Kassel in 1699 as a city for the Huguenots who fled from France because they were persecuted due to their Protestant Christian belief. You can find a museum for these people next to the harbour. By that time it was called Sieburg – it received the name Carlshaven in 1717 to honour its creator.

END_OF_DOCUMENT_TOKEN_TO_BE_REPLACED 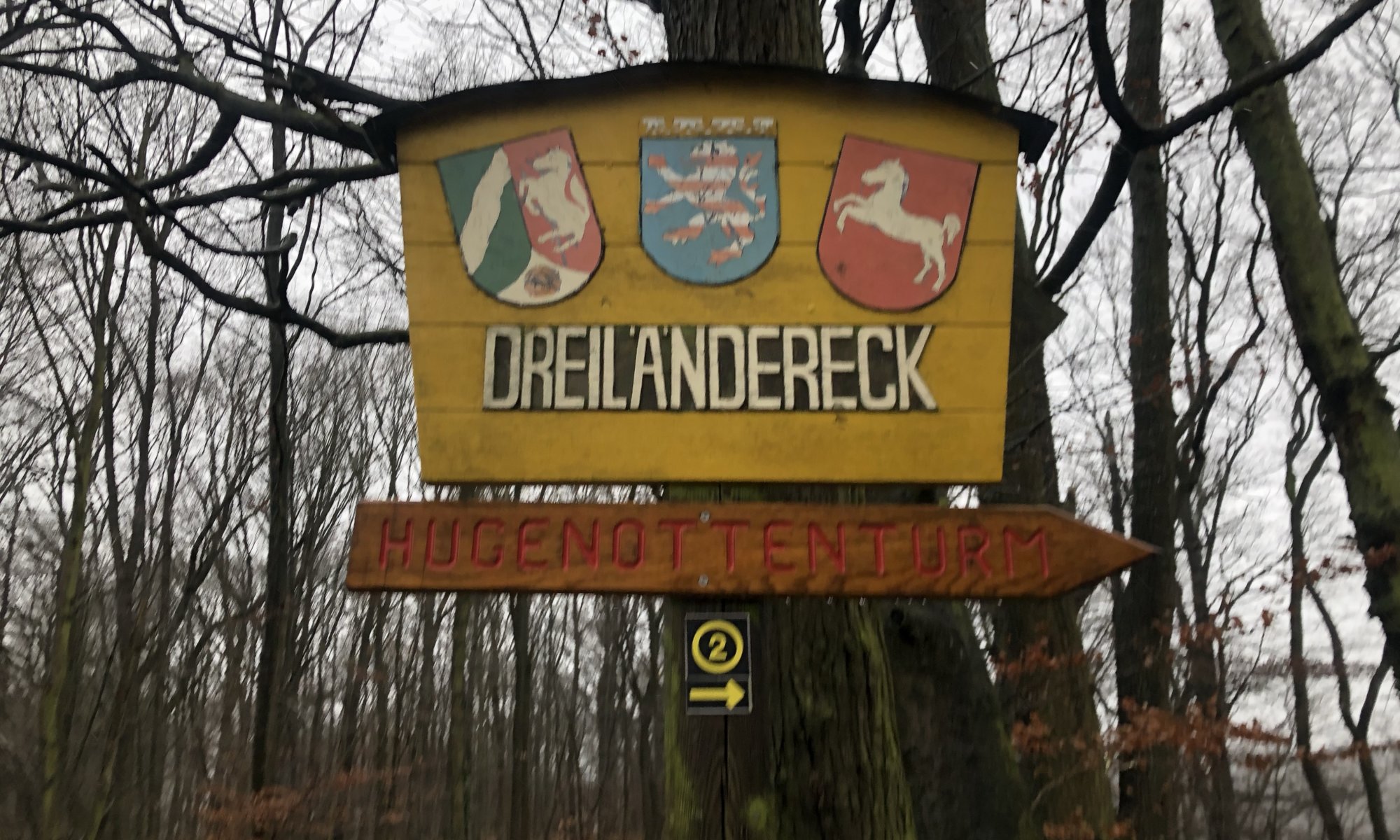 When you walk on top of the mountains south of Bad Karlshafen, Germany, you might see a sign saying ‘Drei-Länder-Eck‘. But it isn’t the place where three countries or three federal states meet – it is just the border between North Rhine-Westphalia and Hesse. Since 1837 the border between Lower Saxony and North Rhine-Westphalia was in the middle of river Weser and in 1971 the border was changed and now the ‘Drei-Länder-Eck‘ is on the other side of the river Weser not far away from the Weser-Skywalk. It is a bit confusing – but in fact, the place marked as ‘Drei-Länder-Eck‘ was never the point where the borders met; at this place, formerly only a sign pointing to the different federal states of Germany was standing.

END_OF_DOCUMENT_TOKEN_TO_BE_REPLACED 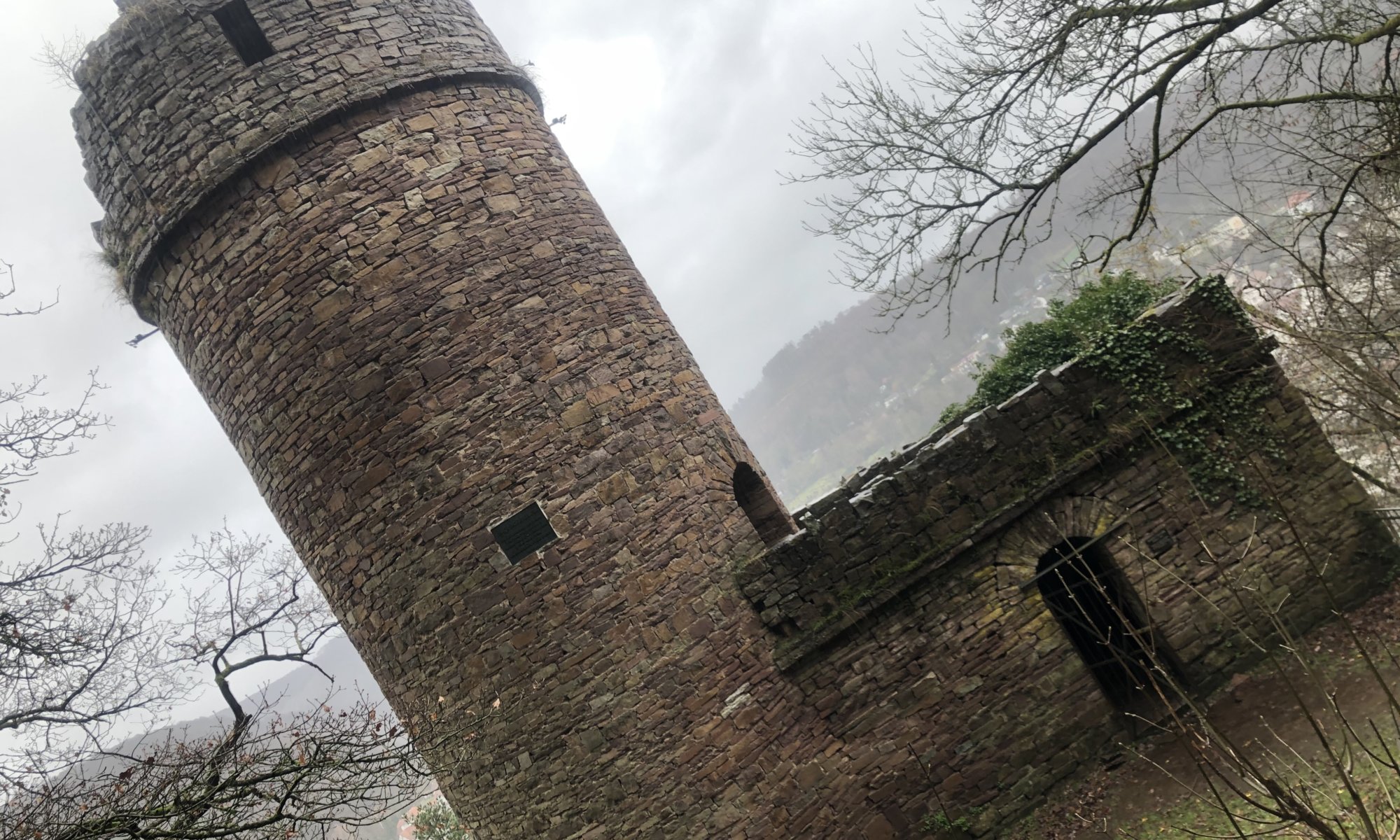 If you’re at Bad Karlshafen, Germany, you can see a tower on the mountain in the south. It is the Hugenottenturm (Huguenot tower) built in 1913. The tower was founded by Johann Josef Davin originating from a Huguenot family and living in Bremen. His ancestors fled from France because the were persecuted due to their Protestant Christian belief. As the city was founded in 1699 as a Huguenot city to give them a new home he was thankful and wanted to give something back.

END_OF_DOCUMENT_TOKEN_TO_BE_REPLACED 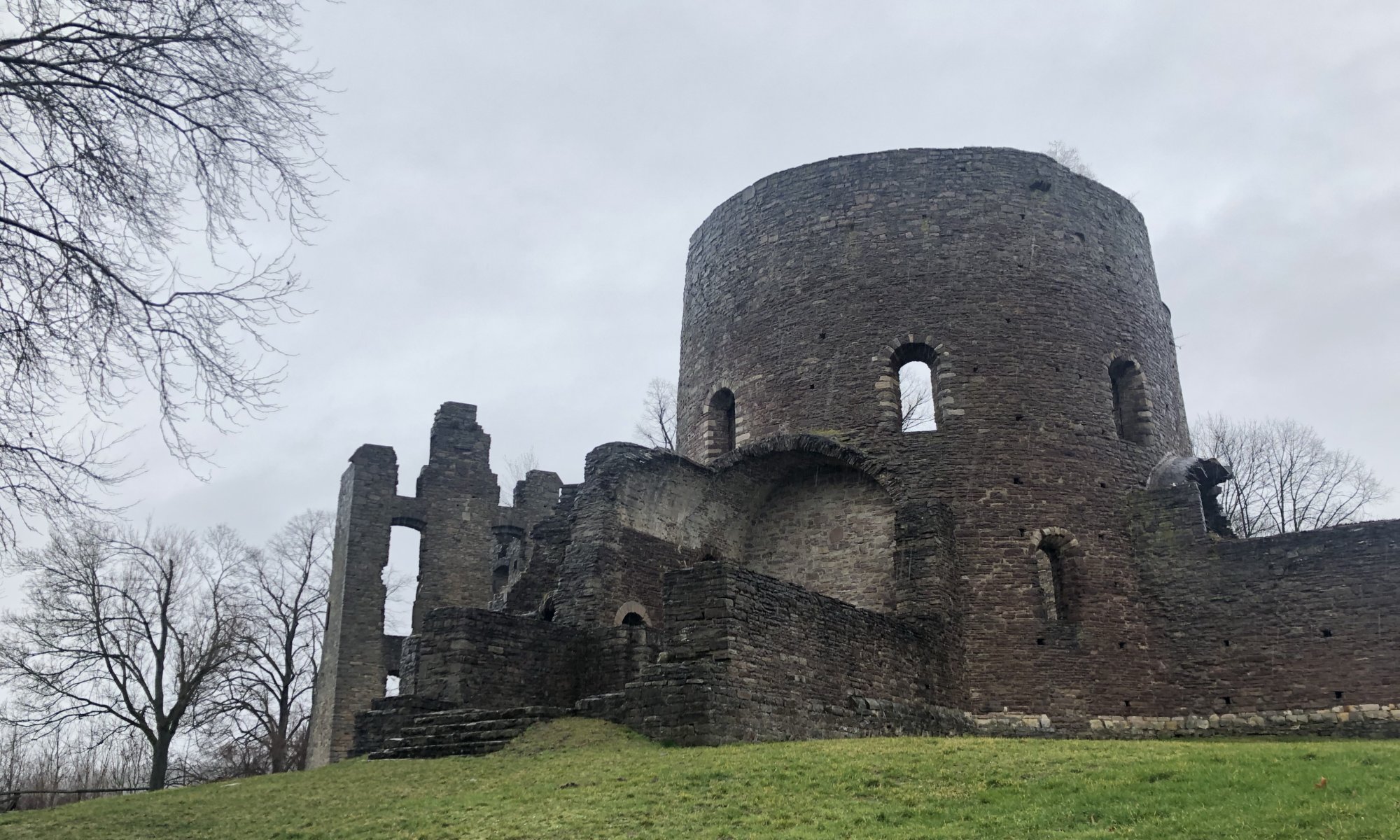 On the Waltersberg mountain near Bad Karlshafen, Germany, you can find the ruins of an ancient fortress: the Krukenburg. It is special as at its centre a large church is included which was built in 1107 and follows the design of the Church of the Holy Sepulchre. The fortification was built to protect the village underneath called Helmarshausen, today a city quarter of Bad Karlshafen. In addition to the church and the different ruins of the fortification, there is also a tower which you can climb on.

END_OF_DOCUMENT_TOKEN_TO_BE_REPLACED 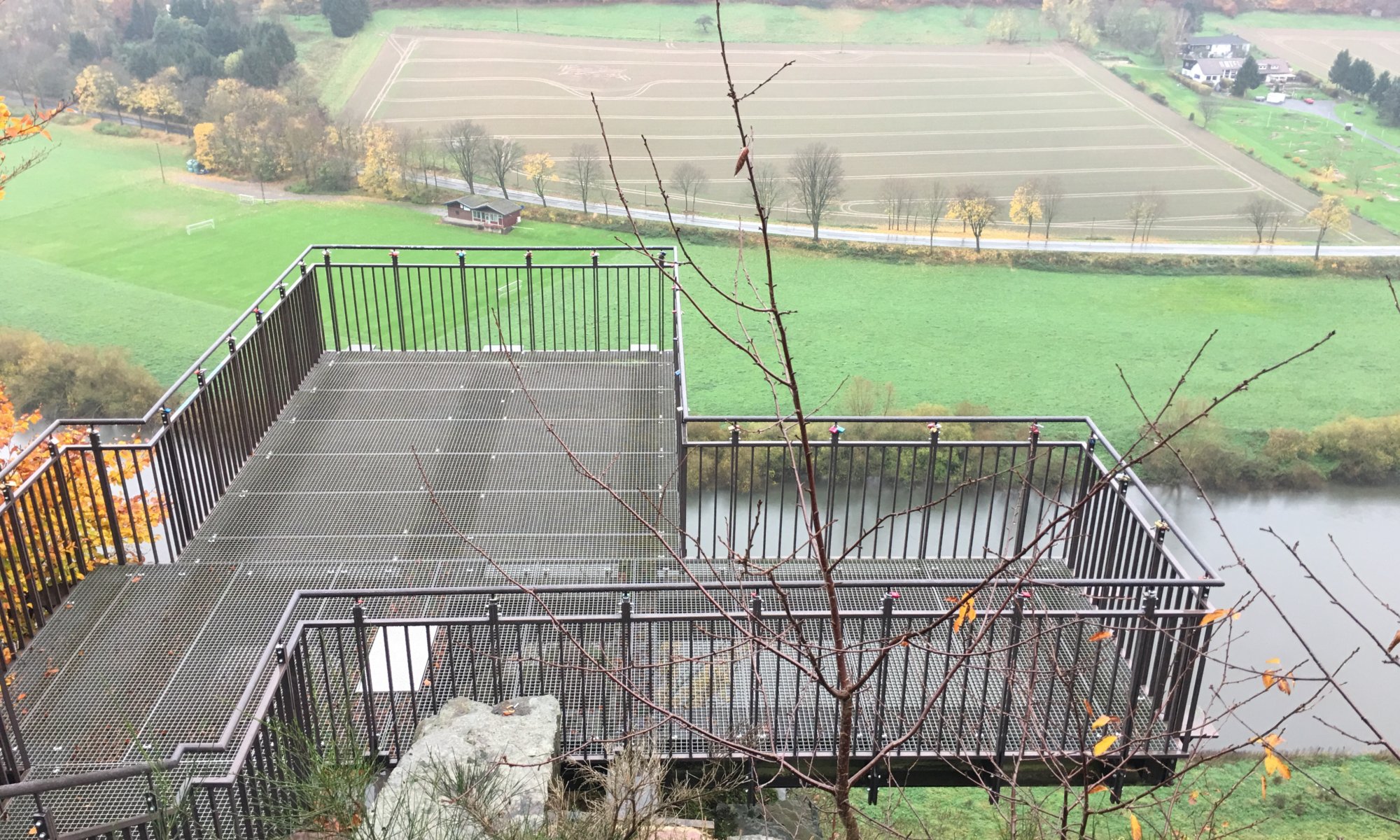 If you want to enjoy good views on river Weser you can get to the Weser-Skywalk at the Hannoversche Klippen between Bad Karlshafen and Würgassen (belonging to Beverungen), Germany. Within the forest high above the river a metal platform has been built on a rock of sandstone. END_OF_DOCUMENT_TOKEN_TO_BE_REPLACED