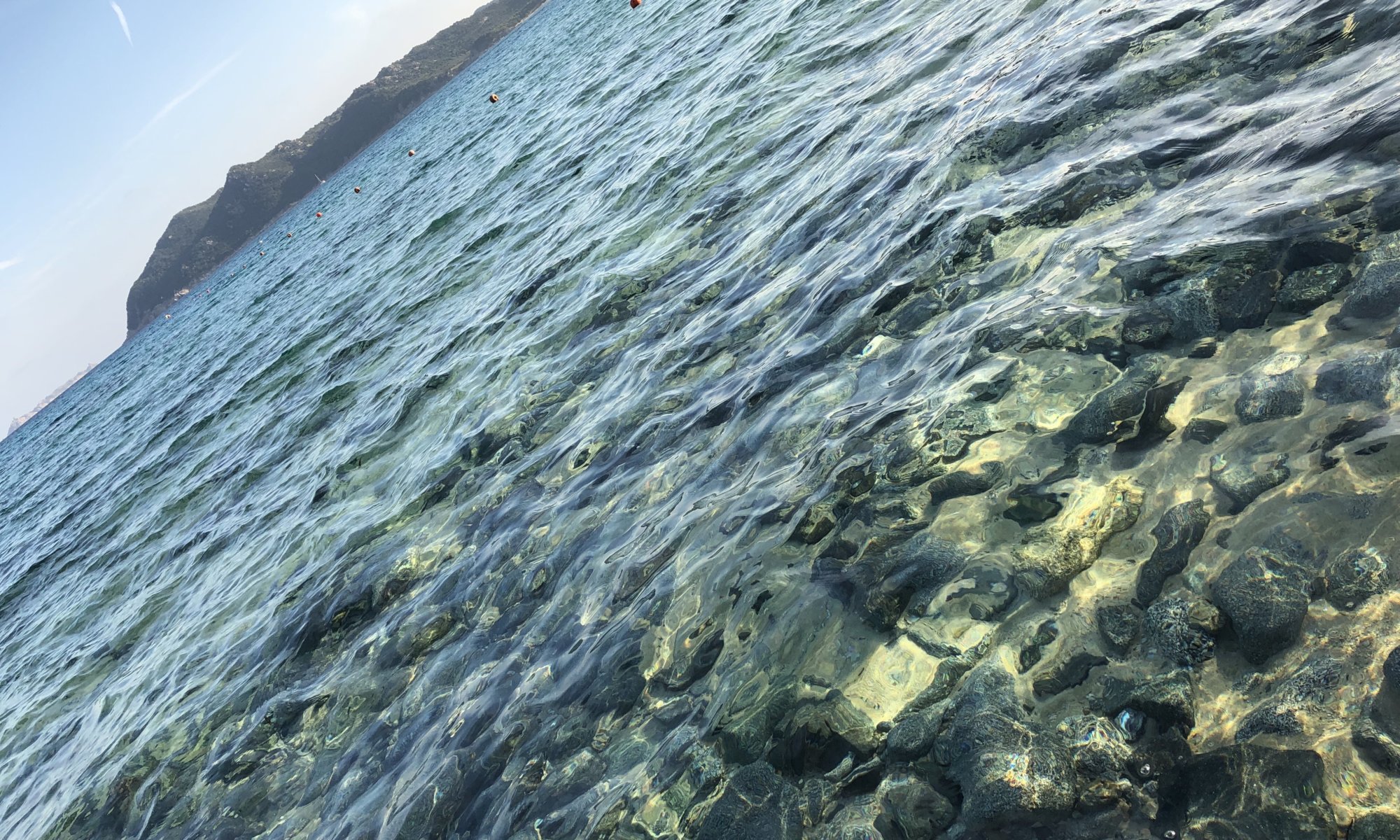 Last year we decided to fly to Mallorca, Spain for the Easter holidays. It was wonderful and of course there was the request to just get back to this island. But as I love to discover new places we decided to search the same experience on a different island: Sardegna. We were immediately warned that tourism works different there; but it was also a great experience and a very friendly environment.

We read some articles on the Internet and contacted our travel agency. And then we decided for a hotel; just by its offerings, the representation on the Internet and by one really important thing; we wanted to have a separate room or something like this for our young child. That is always a bit harder to get but the Sant’Elmo Beach Hotel at Castiadas, Italy offered a sleeping section on the first floor within the room.

What I didn’t check by that time was what we could do during our week at Sardegna. I expected that we could easily find interesting places and that all major sights of the island would be reachable – I totally underestimated the size. Afterwards I would rather select a hotel in another part of the island; maybe in the north.

Our flight was from Hannover (HAJ) to Cagliari (CAG) and operated by Eurowings. We parked our car in the car park of the Hotel Maritim directly next to the terminal (book in advance!). Doing so is not cheap but therefore you only need 100 meters to the terminal. What irritated my is that our travel agency didn’t receive a booking code from Eurowings and therefore I couldn’t do an online-check-in as normal. The check-in counter opens two hours prior to the flight and we were there by that time to get good seats. Also the flight time changed after our booking for both flights. I’m happy that I saw this early enough.

While waiting for the security check I had two pleasant surprises: I met someone I went to school with and his family. And also the delegation of the prime minister of Lower Saxony going to Canada was there – giving me the chance to meet an old friend not seen for long time.

The airport of Cagliari located at Elmas, Italy is a nice little one obviously fully focused on tourism. Getting our rental car afforded some time. It is a longer walk to the car rental area and I had to stand in a queue quite some time to get the contract and car keys. Our service provider Europcar has the cars in the ground level of the multi-storey car park that is very narrow. If you want to exit it you’ll have to hold your finger in front of a blue light – it works like a button. You’ll then get a ticket that opens the next gate at the exit of the airport.

Driving on the island was hassle-free with speed limits at 50, 90 and 110 kilometers. But the locals tend to ignore them pretty much. After one hour of driving we reached the Sant’Elmo Beach Hotel in the southeast of the island. It is a nice four-star hotel which rather feels like three stars. There are some limitations which are typical for Italy and the ‘all-inclusive’ option wasn’t worth the time – but we knew that before.

We went to the beach and had the first dinner. And we found out how to order packed lunch for the next day – which was great as we wanted to discover the island. Sardegna is obviously great if you want to stay at the beach, go hiking or are interest in archeology. Surprising old fortresses called nuraghe await you. With children that don’t want to stay at the beach or go hiking it can be a bit harder, especially in low season. Most sights interesting for children (like the typical water parks) were already closed.

I underestimated the size of Sardegna – it is more than six times the size of Mallorca. That is why they advertise it as the endless island. May of the interesting places are in the north and not reachable on a day-trip. Places at the middle, especially in the east and west cannot by reached without driving longer than you would wish on vacation. When it comes to the south we had to learn that the interesting sights are rather in the southwest than in the southeast where our hotel was located. Nearly every day we had to pass Cagliari and the traffic jams in the north of the city. We had often to drive 1.5 to 2 hours in each direction – long, but still okay.

We started with the nice Nuraghe Arrubiu near Orroli which can be visited without a guide which we found better with a small child. It is also located more beautiful than the UNESCO world heritage sight Su Nuraxi near Barumini. On the next day we visited the Parco Sardegna in miniatura at Tuili. It is the only theme park and did not have many visitors in off-season. But the miniature world, the animals, dinosaurs and the planetarium entertained us well.

Then we turned towards the underground and walked through the long Grotta di San Giovanni near Domusnovas. The flowstone structures in this cave are not the big highlight but I never walked through a cave that was once used as a road. And it was a nice starting part for a walk through the mountains. After watching some flamingos at the Chia beach we reached an absolute highlight: the Grotta Is Zuddas at Santadi. An endless amount of stalagmites and crystals growing in every direction!

On the next day we went to the Giara di Gesturi – a beautiful plateau in the mountains with fairytale like cork oak trees, flat lakes and 600 wild horses roaming freely. Our last trip was rather short as we went to the Capo Carbonaro near Villasimius. The Spiaggia Porto Giunco is amazing and from there you can hike up to the old tower above and have great views on the sea and the landscape.

During our stay we had two days of rain – but we could have expected this in low-season. The hotel was nice and even though we most often had to drive too long it was a great time on a wonderful island.