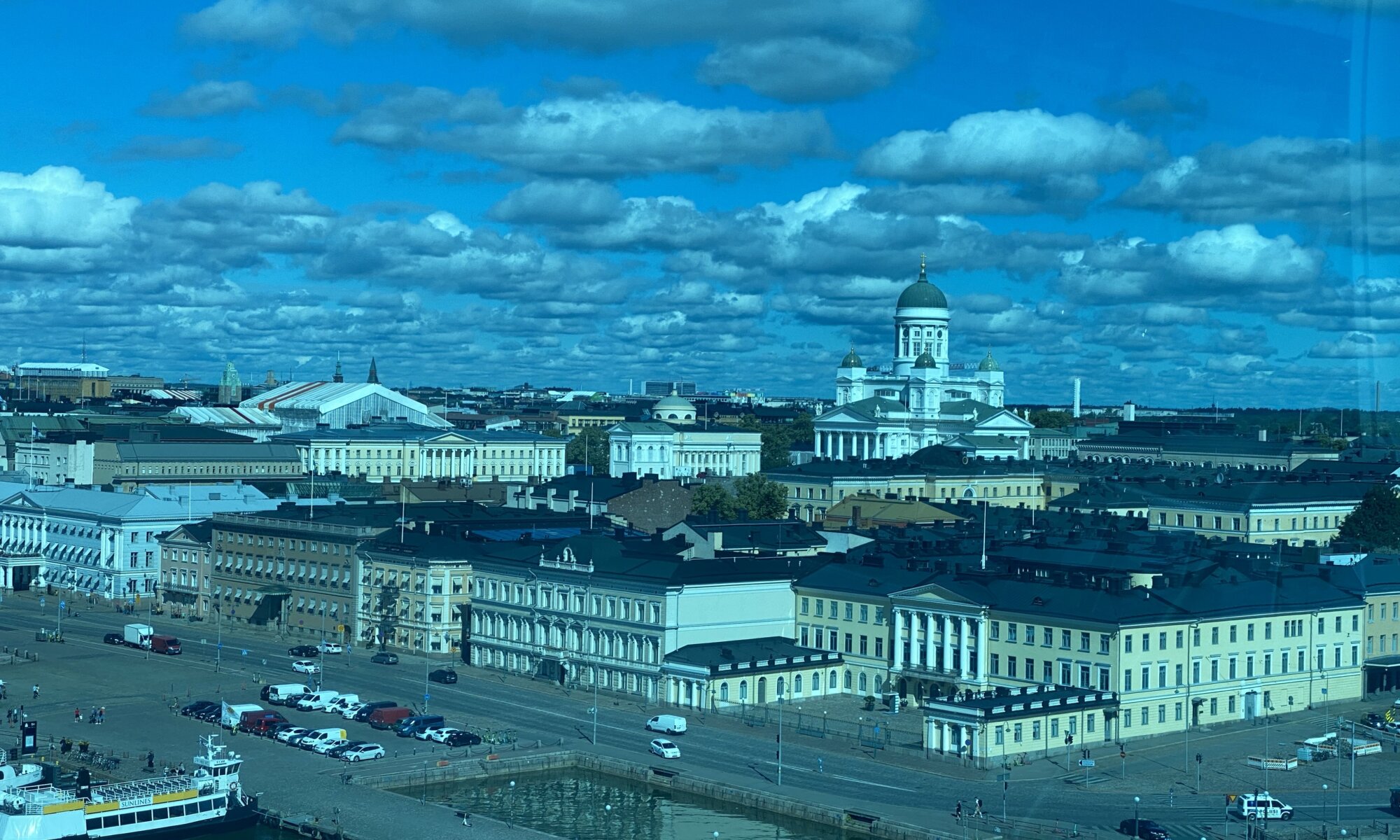 I’ve always enjoyed being at Scandinavia. Maybe it is because of the special nature of this region, the large forests and many lakes, the rocks and the quietness of the countryside. Or it is because of the friendly people and special animals living there. Who knows? After several trips to Sweden I had still not yet seen Finland and thought that this is a gap worth to be closed. I just needed the right point in time to pack my bag.

When the Finnish band Sunrise Avenue announced their final concerts at the Olympic stadium of Helsinki I had another good reason to fly over. It is one of the bands that contributed to the soundtrack of my life and I thought it would be nice to see them at least once in a lifetime live on stage before they break apart. And it was the perfect chance to get to know Helsinki. Visiting concerts in foreign countries always contributes to the feeling of not being a tourist, but a traveler.

Helsinki is nowadays the largest city of Finland. It was founded under the Swedish name Helsingfors in the year 1550 while under Swedish reign. In 1809 Sweden lost the Finnish war against Russia and had to hand-over Finland to the Russians. It was dominated by them until the Finnish independence in 1917. Both countries left their traces at Helsinki, but the bond to Sweden is much stronger: Often street and place names are bilingual in Finnish and Swedish. Today, more than 650,000 inhabitants live at Helsinki. That’s comparable to Stuttgart or Düsseldorf in Germany: not too big, not too small.

Getting to Helsinki was a relaxed adventure. Enough to see for an extended weekend and the best things are all located on islands:

Additionally, Helsinki is also a city full of museums. Like the Finnish national museum, the underground Amos Rex Art Museum, the Kiasma, the designmuseo or the Helsinki Art Museum (HAM). Art and history well explained and all located close to each other at the city center. But there are more wonderful places to explore: the amazing central library Oodi, the Linnanmäki amusement park, the Kaivopuisto park (especially on Vappu!), the SkyWheel at the harbor and the Sibelius monument. Also don’t forget about the main churches: the cathedral Helsingin tuomiokirkko, the rock-hewn Temppeliaukion kirkko and the Russian Uspenskin katedraali.

Visiting Helsinki is easy and well organized. From the airport you can take a train to the city center. There, everything is so close-by that you most often don’t need public transport. But if you need it, it is there: with good tramways and buses and of course with boats towards the islands. A real help was the HelsinkiCard that included public transport and the entrance to all major sights. What was unusual to me was the Finnish approach to alcohol; not only that a beer costs 9 Euros in a bar, but also that you have to pay 3 Euros in a supermarket and can be lucky if you get one: at least at 9 pm supermarkets close the racks and stop selling alcohol. Maybe a very healthy approach to the topic…

All in all Helsinki is a beautiful ‘small’ capital city and I enjoyed being there. But I also recognized very fast that I don’t need all my time to visit all places in the city, especially as all the interesting places are located closely together. As a result I decided to buy some of Tove Janssons Moomin books (she who was born and died at Helsinki) and to enjoy the peacefulness of places like the Oodi, Suomenlinna, Korkeasaari, or Seurasaari for reading. I can totally recommend this and was so happy that there is an amazing bookstore (Suomalainen Kirjakauppa) in Aleksanterinkatu street in the city center (close to Stockmann). Need some service while reading: check out the outside coffee bar Café Regatta or the bar on board of the Flying Dutch located near Kallio.