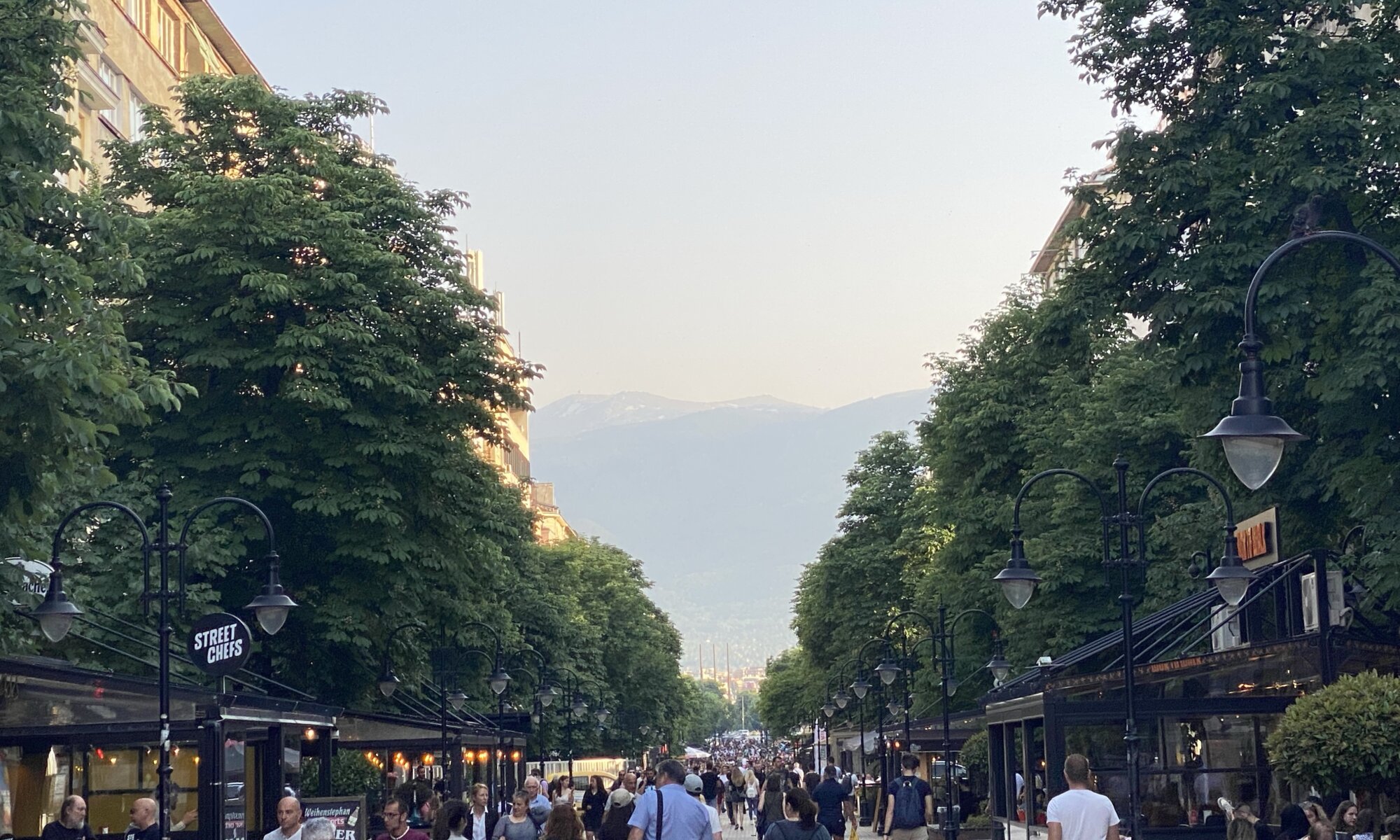 Travelling to Bulgaria for most people means to go to beaches at the Black Sea in the East. The beaches there are at least in Germany marketed with special names like Goldstrand (golden beach, Варна) or Sonnenstrand (sun beach, Несебър). As the prices are significantly lower than in Western Europe, many people book cheap travel packages. But in those beach areas you won’t find out much about the country, its past and its culture. Even though the capital city София is not a typical tourist destination it was worth very much to be explored.

Bulgaria is a country of contrasts and a country in a slow but substantial conversion process. A fact that is very much visible at София. Bulgaria turned west and become a member of the European Union in 2007. That is no matter of course; София is closer to Istanbul than to most western European capital cities. Bulgaria was a Communist state between 1946 and 1990. And that is something you can see at София: the old in contrast to the new, the West and the East meet and like everywhere in the Balkans Osman/Turkish culture mixes with influences from the West.

София is a mostly nice but not too beautiful city. Its skyline is dominated by the Vitosha mountains that are a good area to hike. In the city center you will find the long-stretched Vitosha boulevard which is a pedestrian zone. Not far from it you’ll find ancient sights like the Banja-Bashi-Mosque, the rotunda dedicated to St. George, the market hall, the synagoge or the ancient mineral spa. The boulevard extents to the south until it converts into a Socialist axis leading to the NDK, the national cultural palace.

It’s worth to exit at the main transport hub called Serdika where you can discover archaelogical artifact from the days when the city was known as Serdica, the capital city of the Roman region of Thrace. Old church can be seen underneath wide roads, ancient houses from Roman times can be discovered. And the Holy Sophia is now standing where Vladimir Ilyich Ulyanov (better known as Lenin) was once looking at the headquarters of the Communist party.

The main boulevard has changed over the last decades massively. With the advent of the beloved shopping centers many shops were converted into restaurants and coffee bars. But if you want to find the best of them, you should rather take a look at the side streets. A bit further on to the East you will discover one of the main sights, the impressive Alexander-Newsky-Cathedral. For other places like the Boyana church or the bell park Kambanite you’ll have to travel by metro and bus. You will see how large this city is and be happy that the public transport network is quite good.

If you need places to relax after walking too much, the city offers you vast gardens like the ancient Borissowa gradina, a beautiful botanical garden of the university and also a zoological garden which is surprisingly good (but the entrance fee is too low to do necessary renovation works). What is wonderful at София is the museum landscape; collections residing in former palaces or converted religious buildings. Places founded by the love for science and nature of people like tsar Ferdinand I. I enjoyed visiting the different branches of the National gallery, like the Kvadrat 500, the National Art Gallery and the Socialist Art Museum. But also special sites like the National Museum of History, Bulgarian Archeological Museum, National Polytechnic Museum, Natural History Museum, or the National Museum of Military History.

Bulgaria has a very long history, beginning with Neolithic cultures from 6,500 BCE. It became part of the Roman Empire and for five centuries the Osmans reigned there. Twice the Bulgariens unsuccessfully joined forces with Germany (the German Empire and later Nazi Germany) and became a Communist state until 1990 under the influence of the Soviet Union. Much to discover! Today it is a parliamentary republic and part of NATO and European Union.

Public transport at София is necessary because of the size of the city, but it is also pretty good. The metro system, the tramways and buses are easy to use and cheap if you get a SophiaCard. And if you want you can hire bicycles that you can use on the many protected bike lanes of the city; even electric scooters are available at the city center. The airport is small and good and well connected to the city by metro. Currency of the country is still the Lev, but you don’t need to think much about it as you can easily withdraw cash at ATMs and pay nearly everywhere by card.

What’s special? The Bulgarians use the public space intensively. Everywhere you’ll find benches to sit down and people gather in the parks. Red lights are a strict law, surprisingly most people will not cross them. The Cyrillic alphabet is used. And don’t forget: as the country is so close to the East, it is in a different time zone then Western Europe. Travelling to София was a nice experience and for me it will be probably not the last trip to Bulgaria. I still need to see the amazing monastery of Rila (Рилски манастир), the Communist memorial Паметник на Бузлуджа (which looks like a massive UFO) and the legendary Шипченски Проход (Schipka pass), not less important than the Thermopylae.