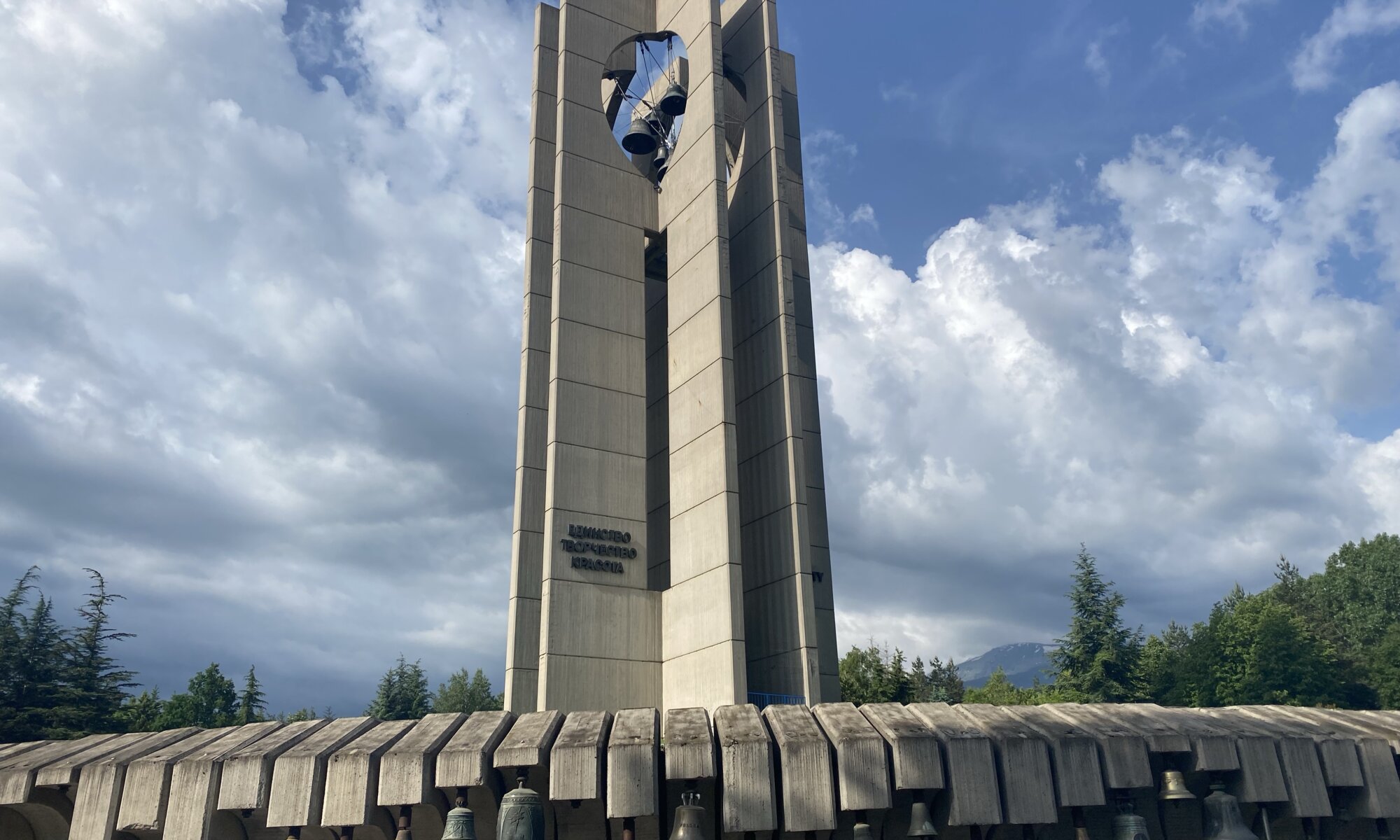 If you visit the bell park of София at the wrong point in time, it might be really loud there. It is a bell tower surrounded by seventy bells from different countries, also some that don’t exist anymore. Children are allowed to try them all out. Why only children? The monument called Kambanite (meaning ‘The bells‘) was created when in 1979 Bulgaria hosted the international children’s festival of UNESCO. Delegations from all over the world brought bells from their countries to complete the monument.

Kambanite is located south of the capital city. To reach it you can take the metro to Business Park and then you need to walk further to the south. The park called ‘International park of the children of the world’ can be found 500 meters behind the motorway ring surrounding the city. It can be reached on foot, but obviously it was planned to be reached by cars. There is also a car park next to the monument.