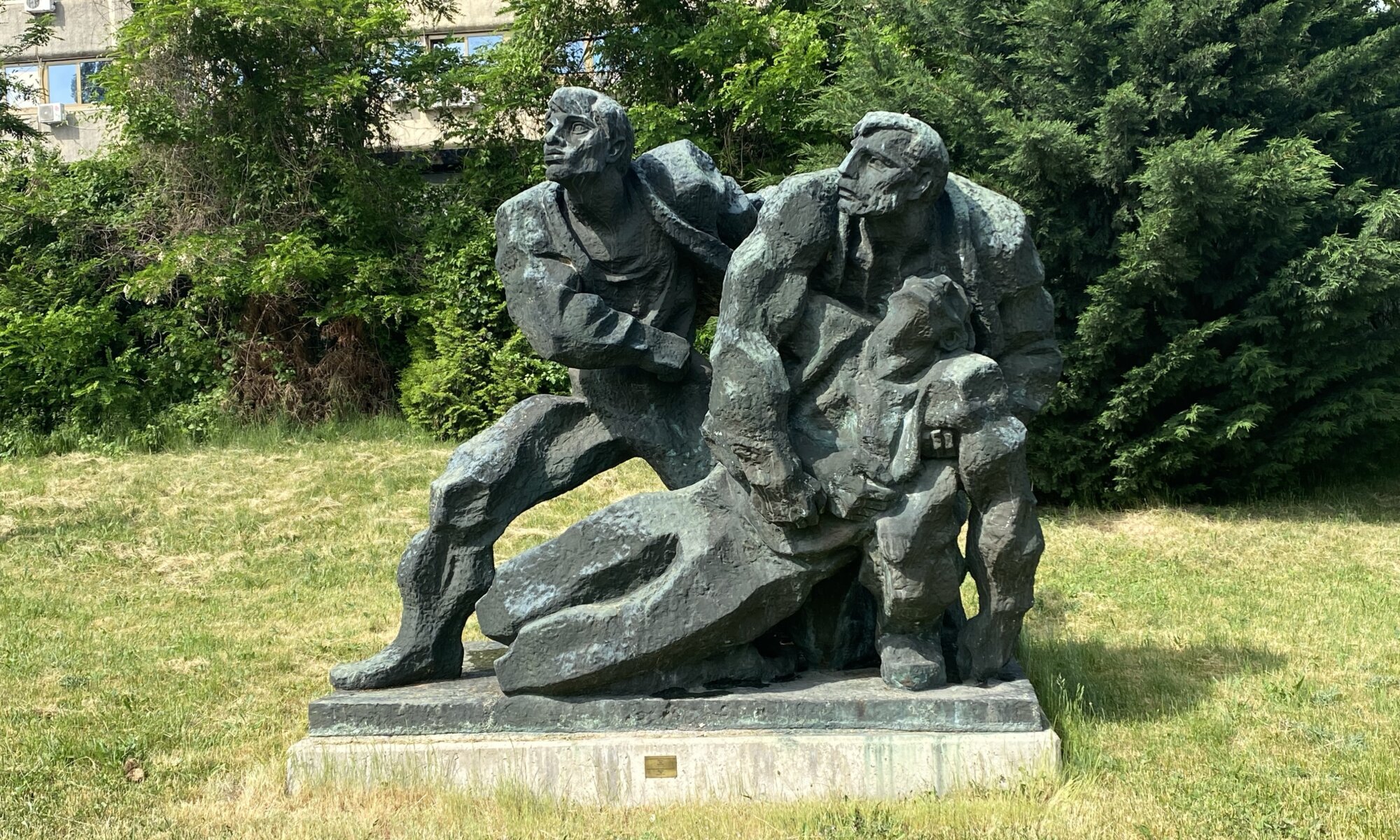 When the Soviet Union broke apart and the Iron Curtain fell, when Bulgaria became a fully independent country and capitalism made its way east – then the wind of change blew away many remains of the past. Symbols where removed, old heroes like Lenin and Che Guevara had to take their hats and classic Socialist art was unwanted on the streets and places. That’s quite understandable, but it is also a loss. Socialist artists had a unique style and a special way to depict people.

These monuments did not only show the leaders of Socialist movements, they also depicted everyday life. The workers and farmers as heroes, the partisans and the female soldiers, rather unusual monuments in the eyes of a Westerner. There is something special about these artworks and it is good if they’ve not been destroyed. Some cities like София and Budapest have collected them in parks and made them accessible. In София, this collection is part of the Socialist Art Museum which also exhibits paintings within a building.

You can find the museum in a rather remote area in the South of the city – between offices, public services and car repair workshops. Nevertheless it is easy to reach as the stop G.M. Dimitrov served by metro lines 1 (red) and 4 (yellow) is close-by. From there you just have to walk 750 meters to reach this time machine.