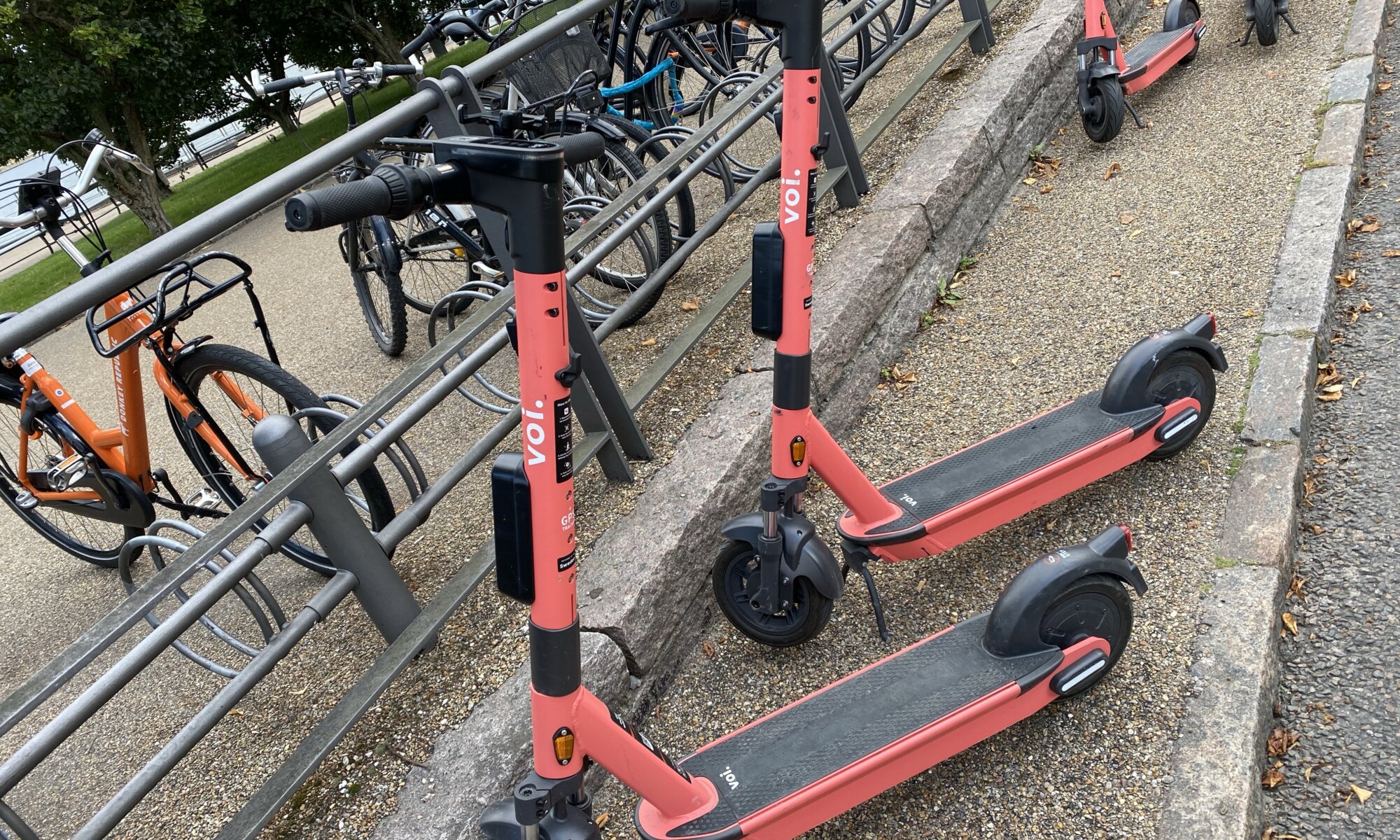 København with its 600,000 inhabitants isn’t a small but also not a giant city. Most sights for tourists are located in the city centre but for some, you’ll have to travel a bit. Getting around in the capital city of Denmark is rather easy – even as there are so many different transport systems. A little bit surprising for me was how important bicycles are for the inhabitants: riding a bike is a real pleasure as there are separated bicycle lanes and sometimes also bicycle bridges – you can get from A to B very fast by bike.

This also helps another current trend: e-scooters are widely available throughout the city. You can use them in the bicycle lanes and they are really fun to ride. For me, it was the first time in life that I used a scooter and I didn’t want to stop. Currently scooters of the companies Lime, Voi and Tier are available – for each of them you need to download a separate app on your smartphone. I preferred Voi as their scooters have a smartphone mount which gives you the easiest option to use your phone as a navigation system.

If you want to use public transport you can choose between subway (Metro), S-tog, busses, trains and ships. The subway has four lines and more than 35 stops throughout the city. It is very good in the city center and also connects the airport to the city (line M2). The S-tog is a train system bringing you further out to the suburbs. And the normal trains connect you to the rest of the country; you’ll need them especially when visiting places like the Louisiana Museum of Modern Art in Humlebæk.

You can also take one of the many busses driving through the city – even though like always busses are harder to use in unknown areas than other means of public transport. In København they are especially good to reach the rather remotely located places like the streetfood market REFFEN or the Copenhagen Contemporary. They can be found on a land tongue in the East of the city and when you want to get there you also have a second option: the harbour bus (Havenbussen) – ships cruising on fixed routes through the harbour. It is not as important as the ships in Venezia, Italy, but a nice thing to do.

Using public transport in København is hassle-free, fast and reliable. There are different kinds of tickets that you can purchase, also day flatrates. I chose the Copenhagen Card which does not only include full public transport but also gives free access to almost every sight in the city.

4 Replies to “Getting around”