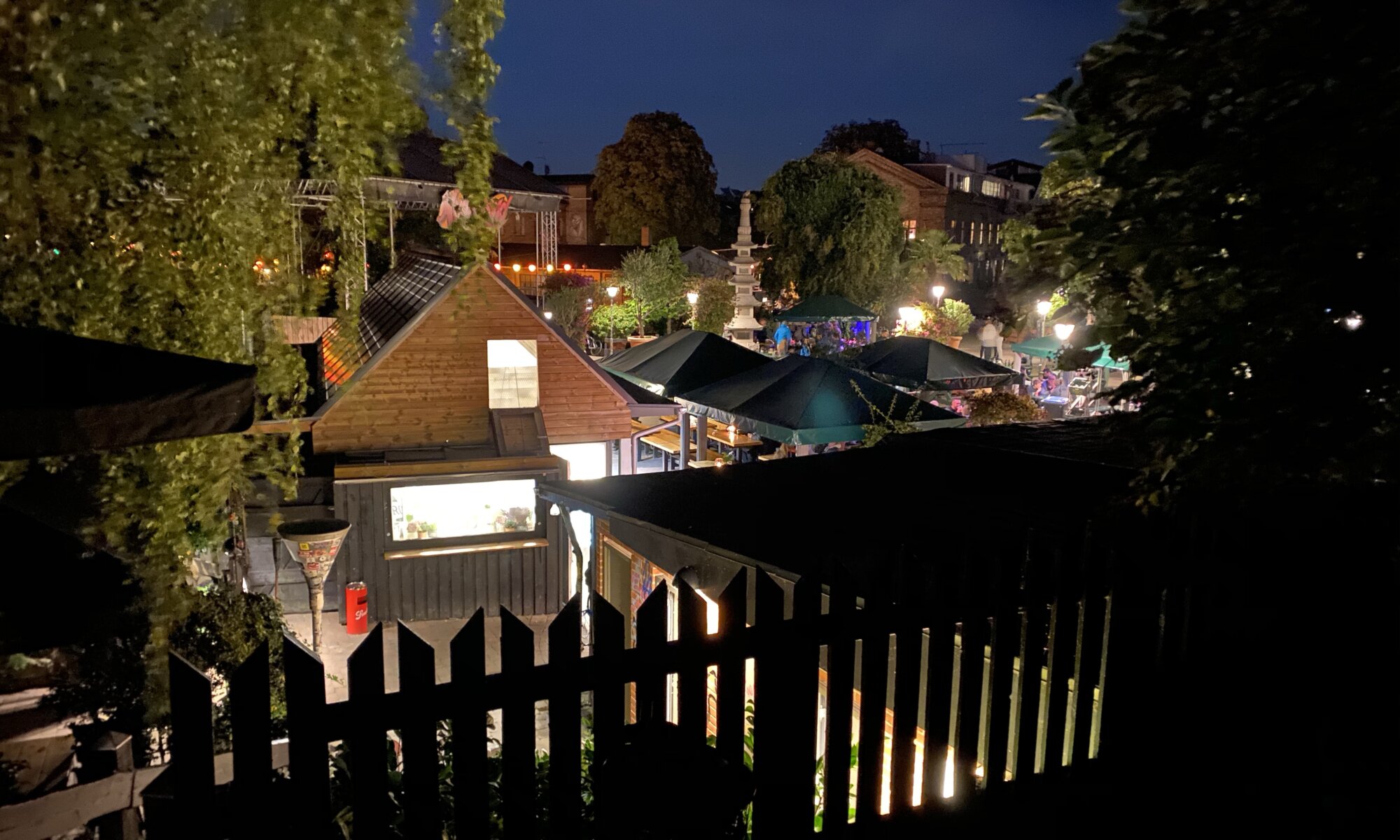 The Fristad Christiania is a special place in København. You shouldn’t walk in, enjoy the lights in the evening hours and try to take a photo. I made this error and was directly approached by someone who wanted to make sure that the picture is deleted – and therefore wanted to check my smartphone. Why is that? Christiania is still a place where illegal drugs are sold and consumed and clearly, nobody wants to be pictured while doing illegal things.

The Fristad is an alternative living concept, a tolerated autonomous community that exists since 1971 on 34 hectares of the city quarter Christianshavn, long-stretched along the water. Before 1971 it was a military area with everything that a closed military community needs, including a swimming pool, gymnasium and an own electric powerhouse. When the military left the inhabitants from surrounding areas went in and occupied the area. As a playground for their kids and as a new residential zone. Living space was already back then rare in the capital city.

The inhabitants of this newly created community saw this as an interesting project and the chance to build a society from the ground – with their own rules. Today the project isn’t that idealistic and anarchistic anymore. It became a tourist attraction, the inhabitants pay taxes to the state and not only to their local administration and it is officially tolerated, even though some political forces would like to erase it from the map. It is still a place for cultural experiments and meditation.

The Fristad Christiana is a special characteristic of København that even has its own postal system and currency (1 LØN = 50 DKK). It is a symbol of liberty and tolerance. And by the way: it also has its own flag, red with three yellow dots (the i-dots of ‘Christiania) on it. I really enjoyed discovering the area, having a look at the special architecture of the buildings and having a beer in one of the coffee bars. Don’t miss it – but don’t take pictures on Pusher Street. 😉