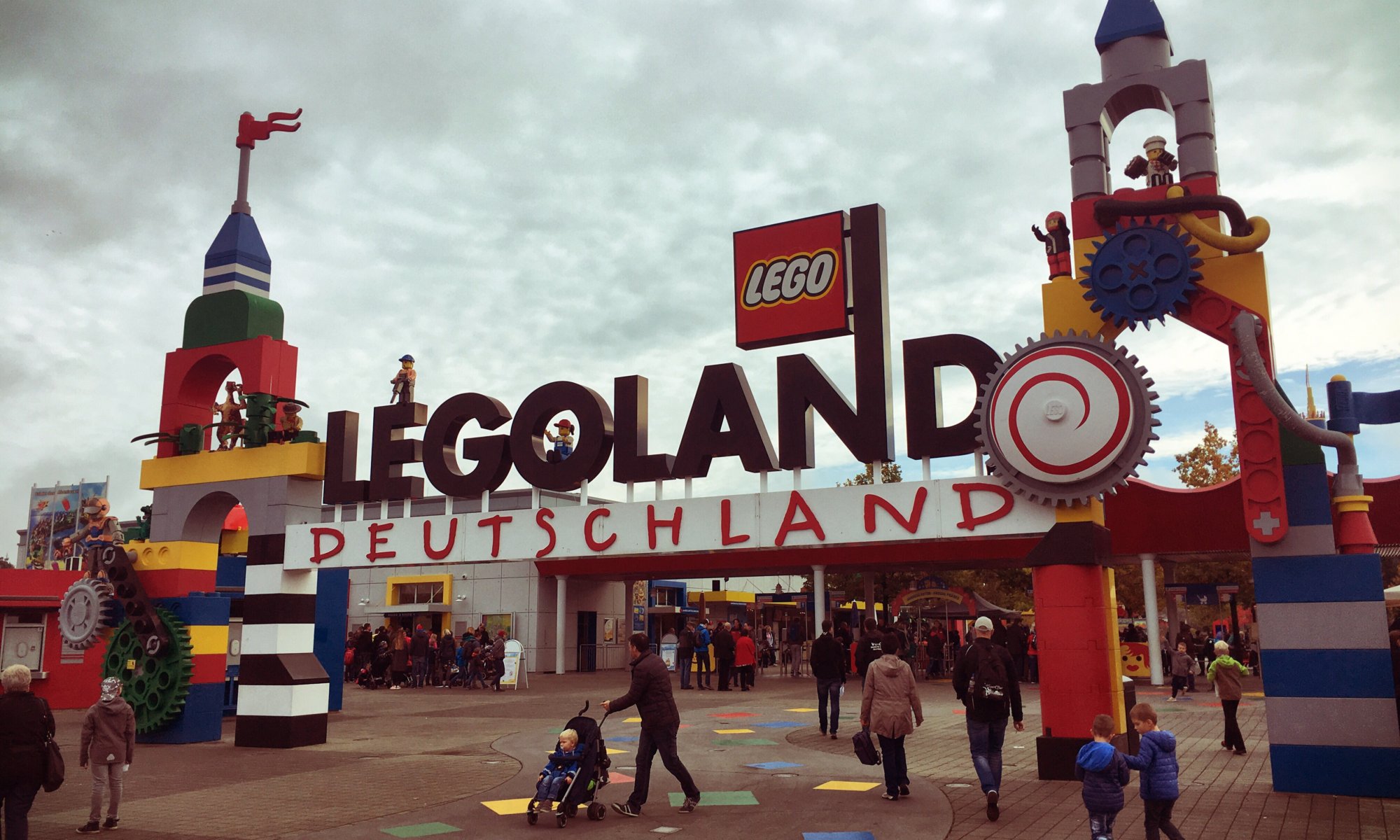 Legoland Deutschland is a theme park in Günzburg, Germany close to Ulm. It was opened in 2002 and is one of the seven LEGO-themed parks around the world. People from northern Germany normally visit the first Legoland in Billund, Danmark – but as we where on vacation in München, Germany the German location was only 1.5 hours by car away.

When we had decided to go to Legoland during our autumn holidays a six year old started immediately to count the days. I didn‘t know what to expect. My last theme park visit was 20 years in the past but I really loved LEGO as a child. When we arrived at half past ten the parking lot was already massively crowded. It seems like everyone is arriving as early as possible – the park opens only between 10am and 6pm. The attractions begin to close at 5pm.

With the tickets I bought online the access was pretty fast. The tickets were still expensive but a bit cheaper than if we had bought them on site. Children from three years on have to pay – and the price is nearly the same as for adults. Remember to get a parking ticket for an extra of six Euros; it is inevitable.

What to find in this theme park?

The main section consists of different landscapes and buildings constructed with LEGO bricks: Berlin, Amsterdam, Hamburg and Frankfurt am Main can be visited. But there are also some Star Wars scenes and skyscrapers. Around this you can find different theme worlds like Ninjago, LEGO City or Adventureland. They typically consist of some rides, some smaller items to play, things built with bricks and a shop. You can buy a lot throughout the park.

There is also the Legoland-Express – a railway in LEGO style showing you the park. In the brick factory you can see how bricks are produced, printed and packaged. You get a brick as a present and can buy various bricks priced by weight. Throughout the park there are different restaurants offering burgers, pizza and also some healthier options.

There where attractions for all ages: fast rollercoasters for the older and boat adventures for the younger. Even the „driving school“ where you can ride electric carts is available for two age classes. When we were there the queues weren’t too long. At every entrance you see the maximum waiting time and our highest value was 30 minutes. But we were not there in high season – sometimes it must be more annoying there.

Being at Legoland was definitely fun. For our child but also for me – but I enjoyed the atmosphere there and the opportunity to buy special items more than the rides. The park offers also a LEGO-themed hotel and a space for camping – but a second day would have been to much for me.

2 Replies to “A journey to Legoland”