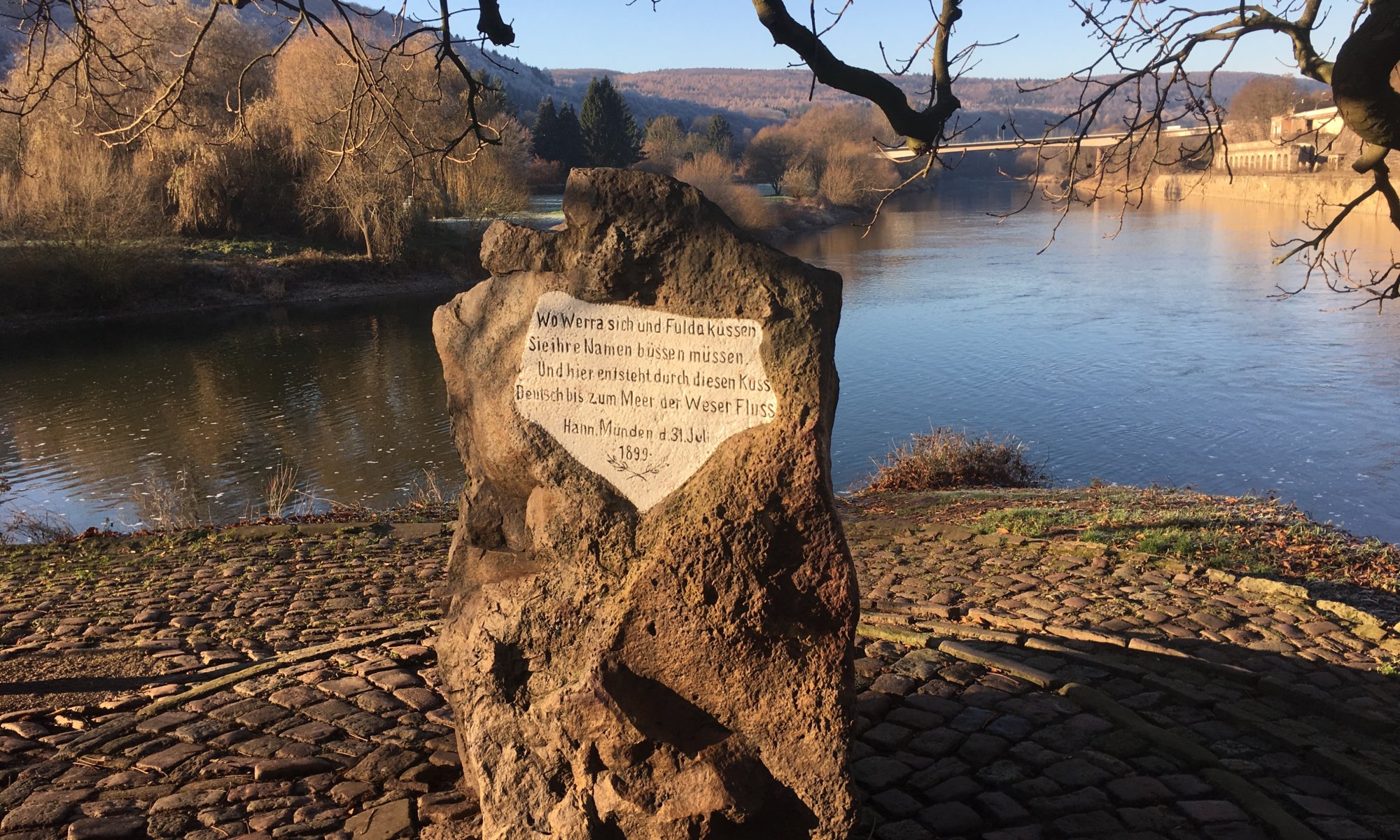 Hann. Münden, Germany is the place where the two rivers Werra and Fulda combine to a new stream called Weser – which is running through northern Germany to the North sea. In fact there was a linguistic border here and Werra and Weser are the same name in different dialects. The Fulda is therefore only a river floating into the Werra/Weser. But today nobody cares about this.

At the point of the unification (“Weserspitze”) in front of the river island Tanzwerder (“tanz” meaning dance, “werder” specifying an island within a river) a stone – the Weserstein – has been placed in the year 1899 saying:

(Where Werra and Fulda kiss / they have to give away their names / and by their kiss created is / – German until the sea – the river Weser.)

The stone has been funded by the local industrial Natermann, owner of the factory Haendler & Natermann producing goods from lead and tin (nowadays ammunition and packaging material). You cannot miss the factory building while roaming around the city center.

The river Werra (on the right side of the picture) is 300 kilometers long and starts in Eisfeld in Thuringia. It passes Eisenach and Eschwege before it reaches Hann. Münden. The Fulda (left river) is 220 kilometers long and arises at the Wasserkuppe in a German region called Rhön. It passes the cities Fulda, Bad Hersfeld, Bebra and Kassel.

The new river Weser itself is 452 kilometers in length and passes Hameln, Minden and Bremen before it floats into the North sea close to Bremerhaven. The Weserstein is publicly accessible and you can reach it when leaving the city center to the north-east.