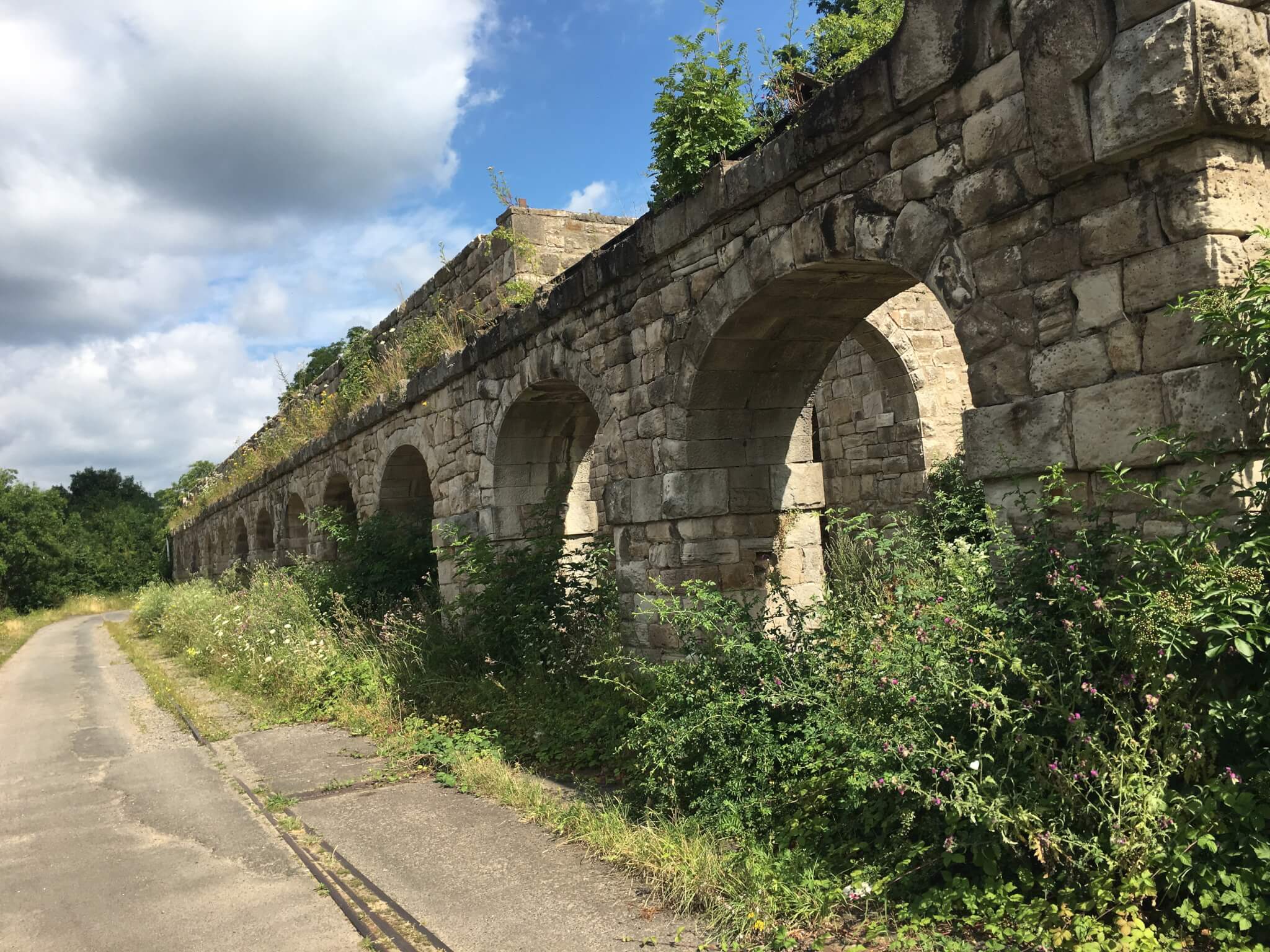 Hann. Münden, Germany was once the most southern port of the kingdom of Hanover. The port area was and is located in the north of the city, along the Weser – directly opposite of the Weserstein. Today you can still see the tracks of the Hannöversche Südbahn connecting the port and the remains of a port building.

The building has been used later on for the river police; in 1960 the wooden part was removed. The building finally caught fire in 1990 and 1998 and afterwards everything was removed – only the stone walls have been preserved and are waiting for a new usage concept on these ancient grounds. The Weserumschlagstelle is still used from time to time to load and unload goods to/from ships; mainly big machine parts.