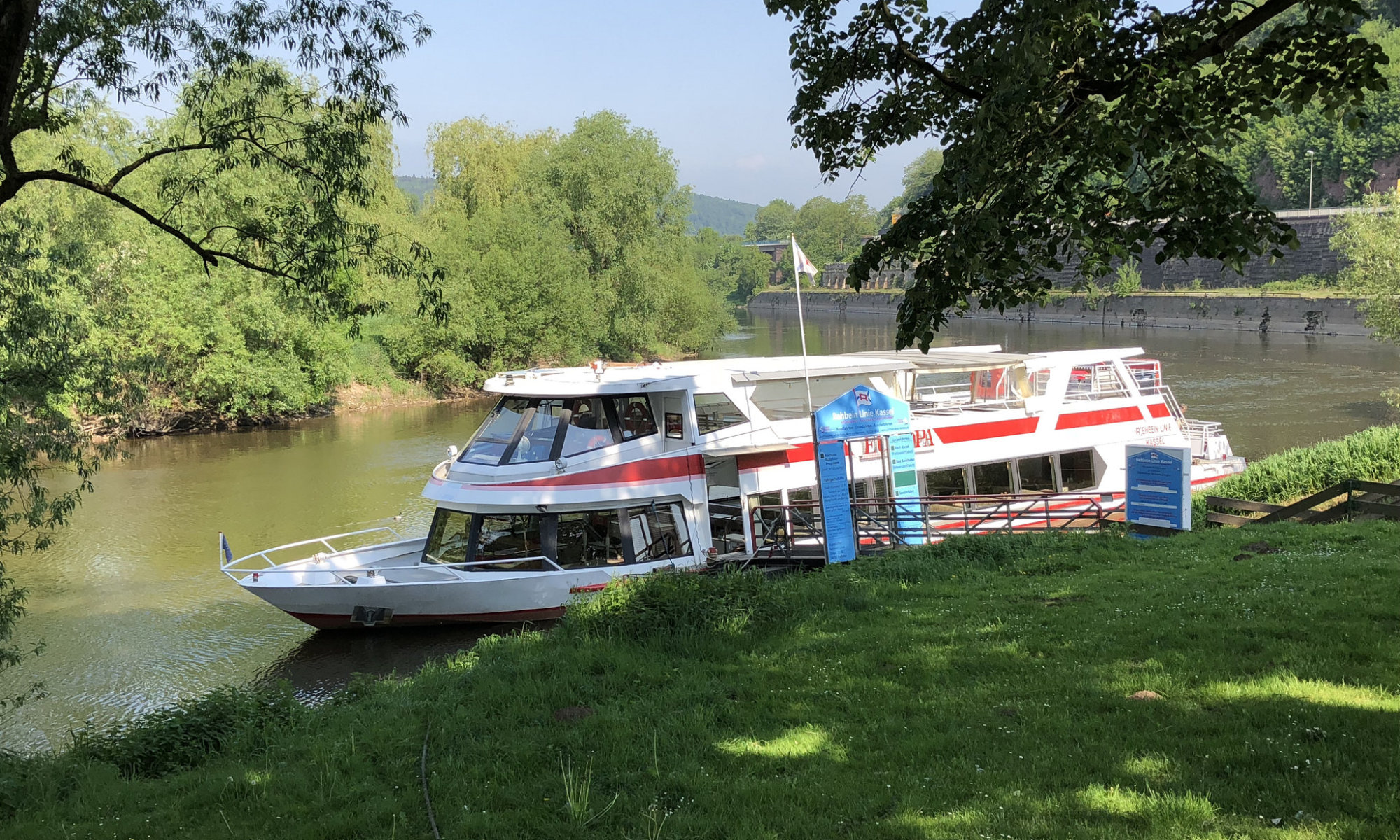 Hann. Münden, Germany is a city located at three rivers: Werra, Fulda and Weser. Obviously going on a boat tour is a good idea. And as the owners of the Rehbein-Linie are searching already since a long time for someone to take over their business and their ship named Europa we decided to do it now before it might become impossibly.

And that would really be a loss; it is nice to see the city from the water and to see sections which are normally not visible. Tours start at the pier on the Tanzwerder close to the Weserstein. If ten adults are there the cruise is offered (to be sure to cover the costs). The Europa can host up to 300 passengers and consists of a closed area downstairs and an open but roofed area upstairs.

Which route does the standard tour take?

The tour then goes from the Weserstein to the watergate on river Fulda (it is close to the camping area and I never recognized it before). Using the watergate is fun and there is a bridge that is turned to the side to let ships pass. Afterwards the ship passes the Hochbad and goes to the dam at Bonaforth. There it turns and goes back through the watergate to the Weserstein. It continues on the Weser to the Weserumschlagstelle and returns then.

Time flies by as you have a coffee on board

There are also longer trips offered (check their schedule) but the trip to Kassel is currently impossible due to a defect watergate there. The standard tour is 1.5 hours long and you can get coffee, some drinks, cake and sausages on board. They serve you at your table. It feels rather short but it is a nice trip and always something special. Hopefully the possibility to see the city from the water remains in the future.