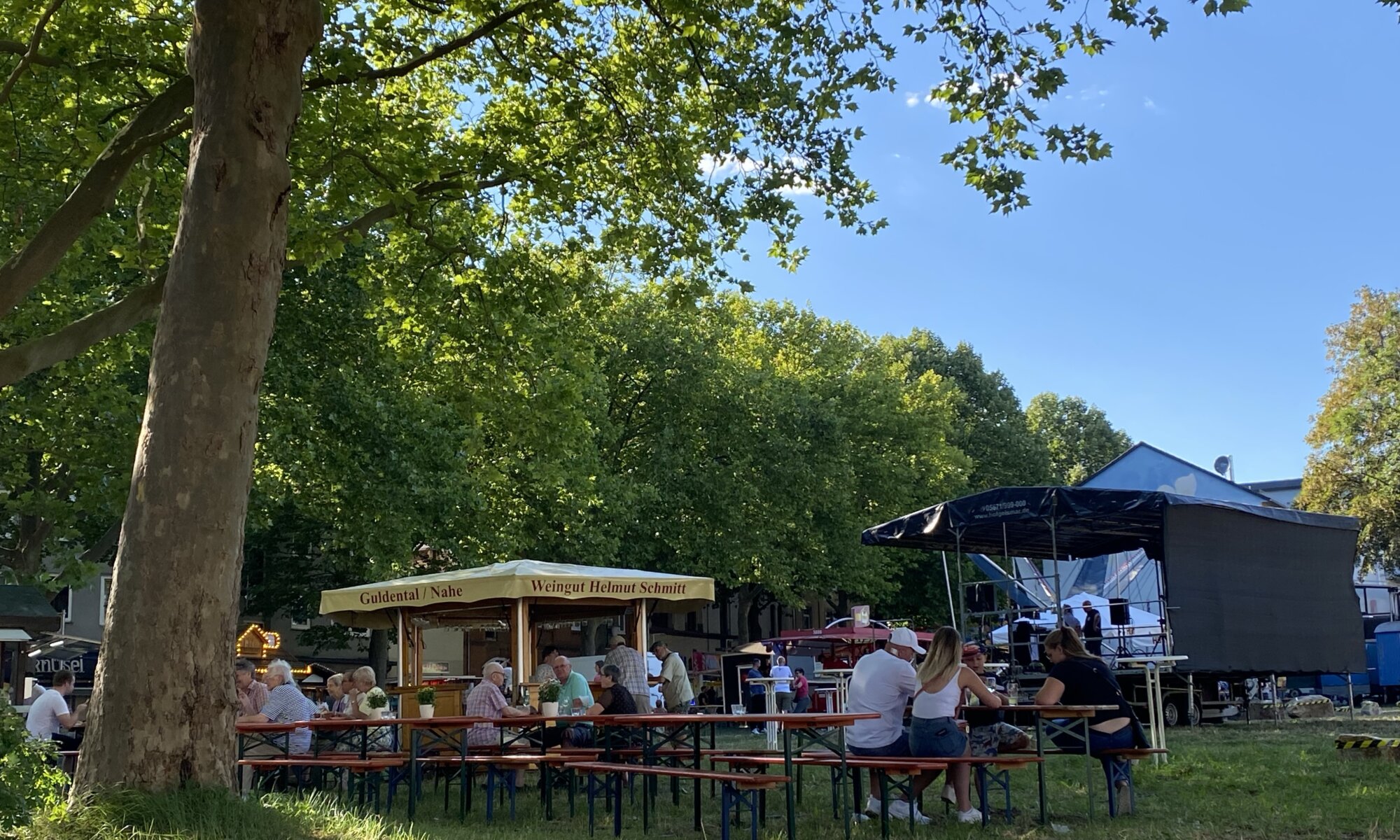 When I moved to Kassel, Germany, I was offered a flat at a city quarter called Wehlheiden. It was advertised with the words ‘During the Wehlheider Kirmes you’re at the center of action‘. Fortunately, a local friend told me that you don’t want to live in the center of this event and decided to move to the Vorderer Westen instead (mostly because of the brothel next door). But this shouldn’t be too negative as the Wehlheider Kirmes is really beloved by the Kasseler, Kasselaner and Kasseläner.

In fact it is one of the big two parties of the city and happens always two weeks after the biggest party of Kassel, the Zissel. The city quarter Wehlheiden is located southwest of the inner city center (‘Mitte‘). It starts at the Wilhelmshöher Allee between the Willhelmshöhe train station and the Weinberg mountain and stretches south to the Park Schönfeld and the botanical garden. It is a mostly residential area and pretty dense around its center close to the Kochstraße and Kirchweg. There you can also see the former village structures – but the village already became a part of Kassel in 1899.

The Wehlheider Kirmes exists much longer and is traditionally celebrated in the bars and restaurants of the quarter. Since 1966 the Kirmes has its centerpiece on the Georg‐Stock‐Platz with a merry-go-round, different attractions for kids and of course the opportunity to buy drinks and snacks. Typically during this four days long event the roads around this area are closed to have more space to party. The Wehlheider Kirmes also includes concerts, fireworks and a procession through the quarter. Additionally they consider them independent from the city of Kassel during these four days and proclaim a mayor-couple that rules in Wehlheiden. A fun tradition that survived the centuries!