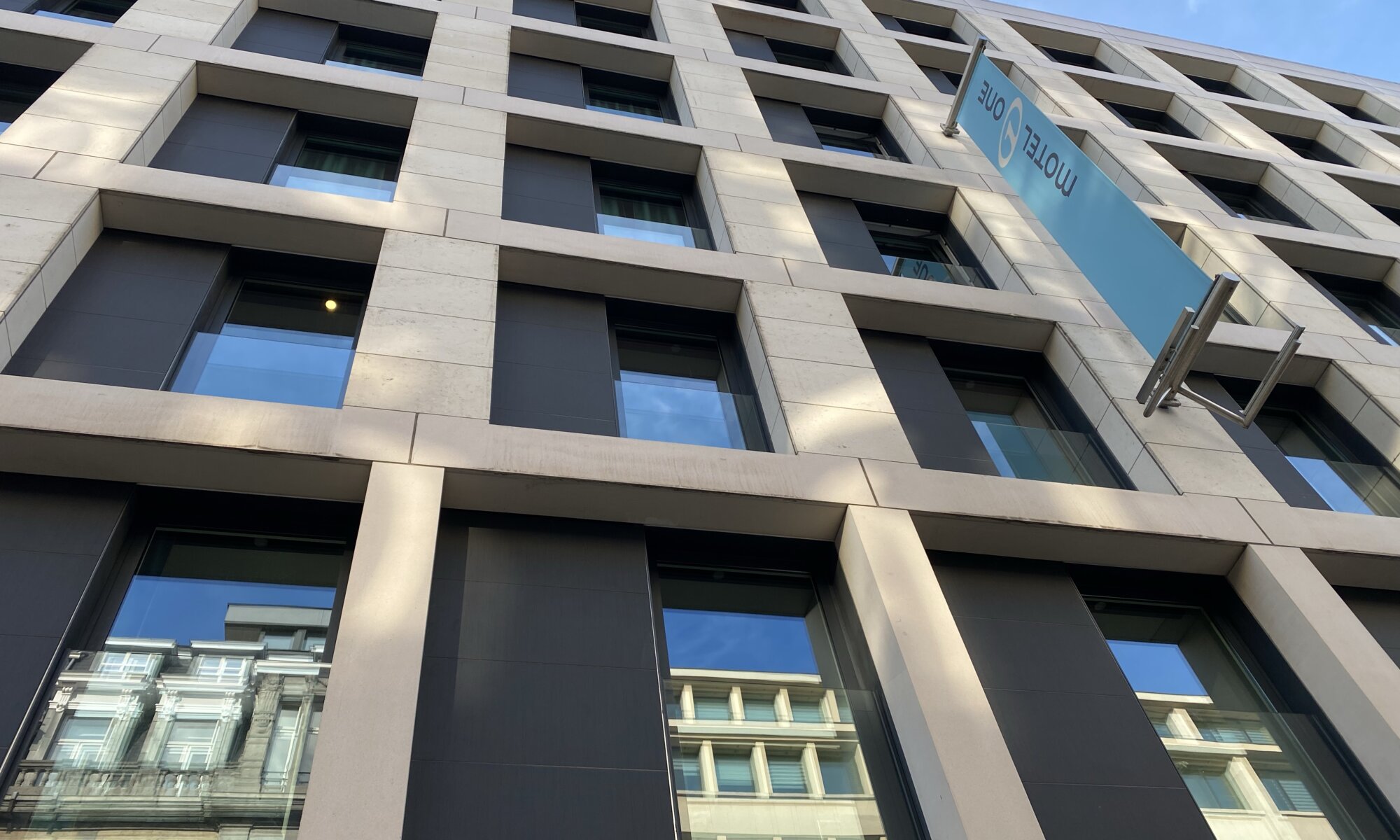 I’m a major fan of the simplicity in combination with the quality of Motel One hotels. The one at Bruxelles, Belgium has two central advantages: first it is located on Rue Royal and in convenient walking distance to the Parc de Bruxelles, the Cathédrale des Saints Michel et Gudule and the Grote Markt. Second it has a large inner courtyard in which you can relax in the evenings, enjoy a last Belgian beer and to reflect on your day.

The rooms are small but of typical Motel One style. Next Metro stop is Parc with the lines 1 and 5. These are the East-West connections bringing you to the European quarter (Schuman) and to the central hub Beekkant (for a connection to the Atomium at Heysel). Directly in front of the hotel there are also tramway lines 92 and 93 passing by. Line 92 brings you to Schaerbeek for TrainWorld and in the other direction to Janson for Musée Horta. Well located and good connected!