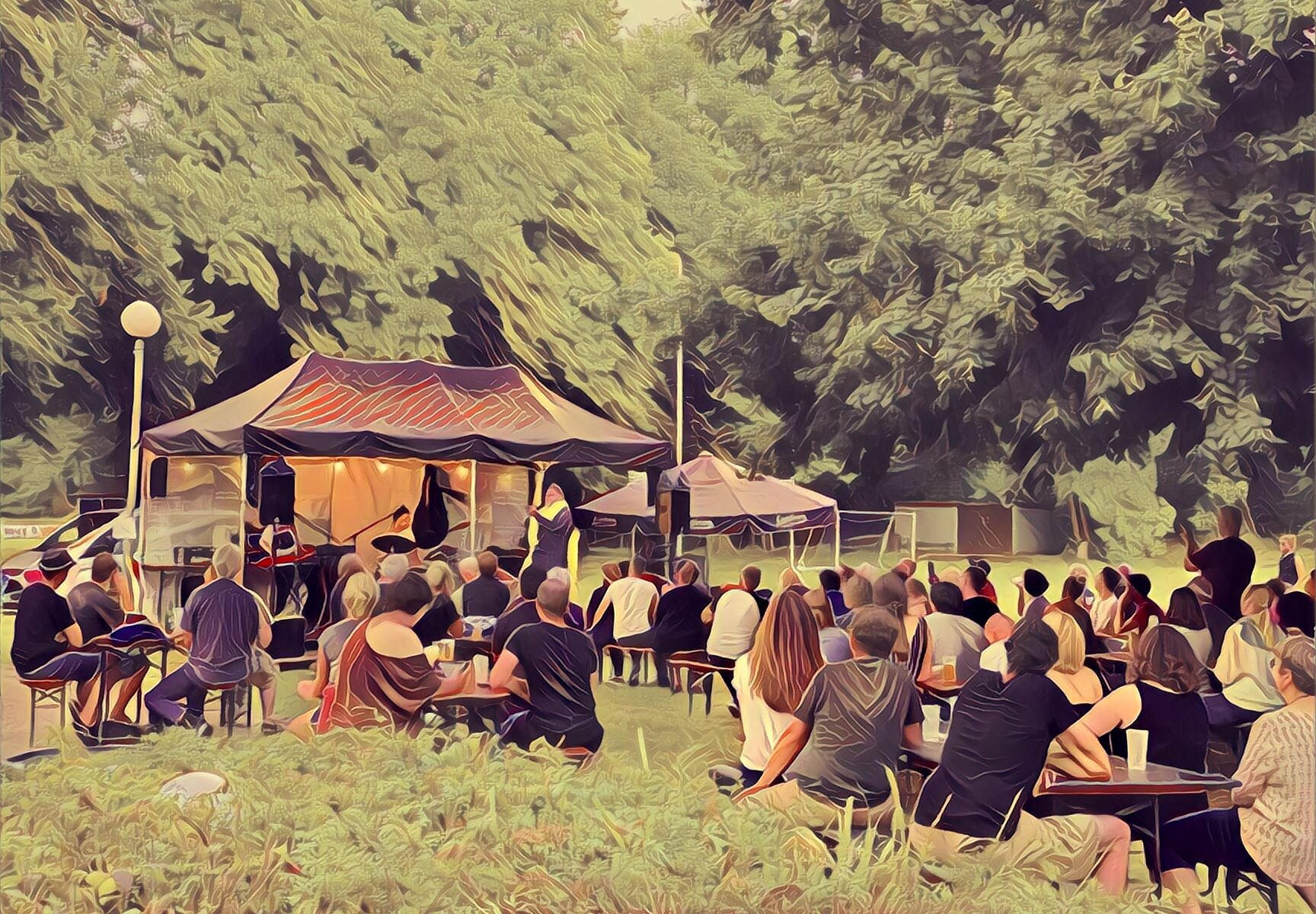 The Coronavirus changed everything in 2020. From one day to the other many things making life enjoyable became impossible and that included for sure also concerts. It is still absolutely unimaginable to stand in large crowds, sing and dance. All events are moved into 2021 and bands, concert venues and tour organizers are facing pretty tough times. After half a year without live music, I‘m also suffering and realizing what a luxury culture is.

Now there are the first attempts to make concerts happen again. Few large-scale projects that are heavily discussed in public and many small events that seem to be possible again. Fortuna Ehrenfeld – a band from Köln (with an excellent own wine called Glitzerschwein) for example organized a complete open-air tour, sometimes with the usage of headphones for all participants.

In Hannover the concert was located on the grounds of a sports club – Hannover 78 – claiming to be the oldest lawn sports club in Germany. Not far from the Niedersachsenstadion and the Maschsee the club also has a clubhouse with a restaurant (the acht&siebzig, serving quite good food) and a beer garden. The spacious area gave enough room to keep the necessary distance, the sound system provided by the owners of the Lux club made a surprisingly good sound and all guests had to register by smartphone to be able to track potential infections.

It was a wonderful evening in green surroundings and with lights giving the place the atmosphere of an easy and unencumbered summer party. You can‘t put 5,000 people in a stadium, you can‘t replace a moshpit and it feels a bit awkward to sit at a table while you would really like to dance in front of the stage – but in the end, it was at least a concert again; a pleasure also helping bands, labels, organizers and venues and increasing the chance to not lose them all during the pandemic.