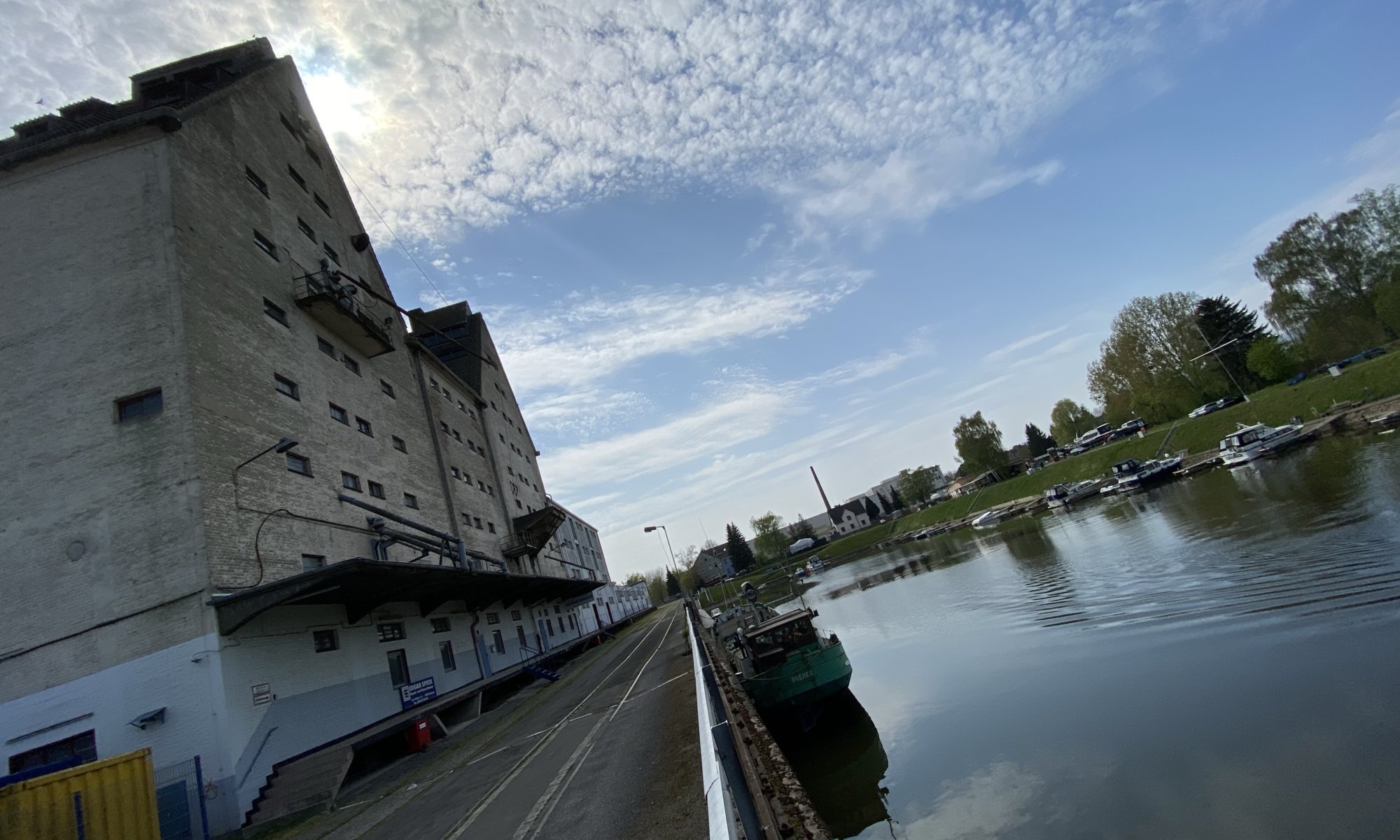 Most people might not even know that Kassel, Germany, has a harbour. It is not far away from the city centre but a little bit set aside. And since 1977 it is only used for yachting. If you get there you’ll immediately see that it had other purposes in the past – there are still large warehouses and train tracks that lead directly to the water. The harbour was opened in 1895 and used to transport goods from the North Sea via the rivers Weser und Fulda to Kassel. The opening ceremony included a group of ships travelling the Fulda up from Hann. Münden.

Transporting goods on these rivers wasn’t hassle-free these days. Before the invention of coal-driven ships, they had to be pulled up the river. The path next to the water (Treidelpfad) is today used as a bicycle route. As Kassel is located in the north of Kurfürstentum Hessen-Kassel (and today’s federal state Hesse) ships had to pass the Kingdom of Hannover to reach the city. The citizens of Hann. Münden used this with their Stapelrecht to create economic benefit from it. Therefore the Hesse created a new harbour in Bad Karlshafen to avoid passing Lower-Saxonian territory. Today the buildings at the harbour of Kassel contain a navy museum (which doesn’t open very often).