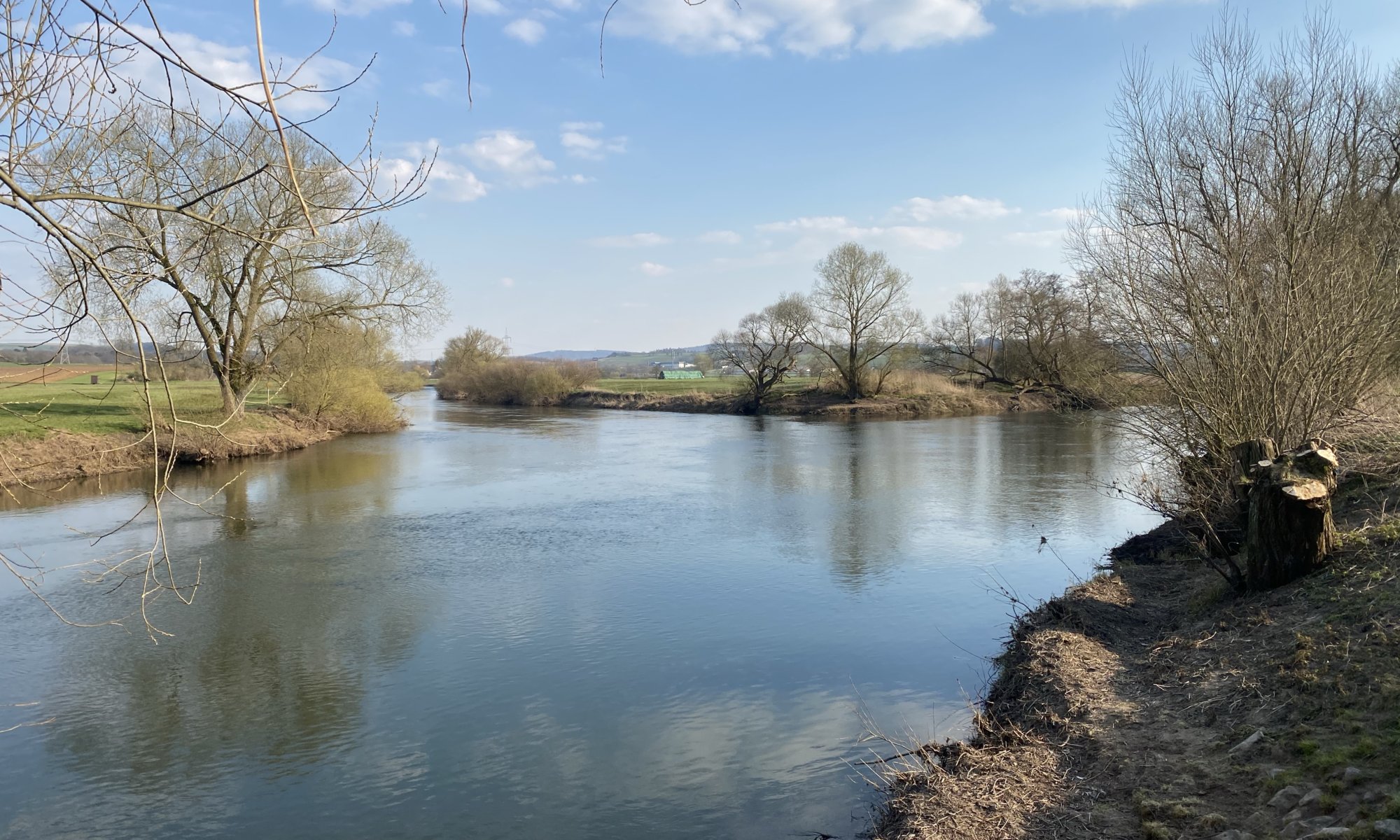 The Eder is a 176 kilometres long river – the longest that flows into river Fulda. It originates from the Rothaargebirge in North Rhine-Westphalia and is best known for the artificial lake Edersee with many touristic attractions next to it – like Schloß Waldeck, the Wildtierpark and a treetop walk. The river Eder ends close to Kassel, Germany. It runs into the Fulda near a village called Grifte belonging to Edermünde. This geographical situation became a problem in 1943 when during the British Operation Chastise the dam of the lake was bombed and a massive flood wave reached Kassel via the Eder.

Today the river mouth of the Eder is a good destination for a hike or a cycle tour. At the confluence, there is a large metal artwork and some seats to sit down and enjoy how the water slowly merges. If you want to get there you can follow bicycle path R1 from Kassel until Guntershausen – there you don’t follow R1 over the Fulda but continue straight ahead and after two kilometres you will see signs leading to the ‘Edermündung‘.