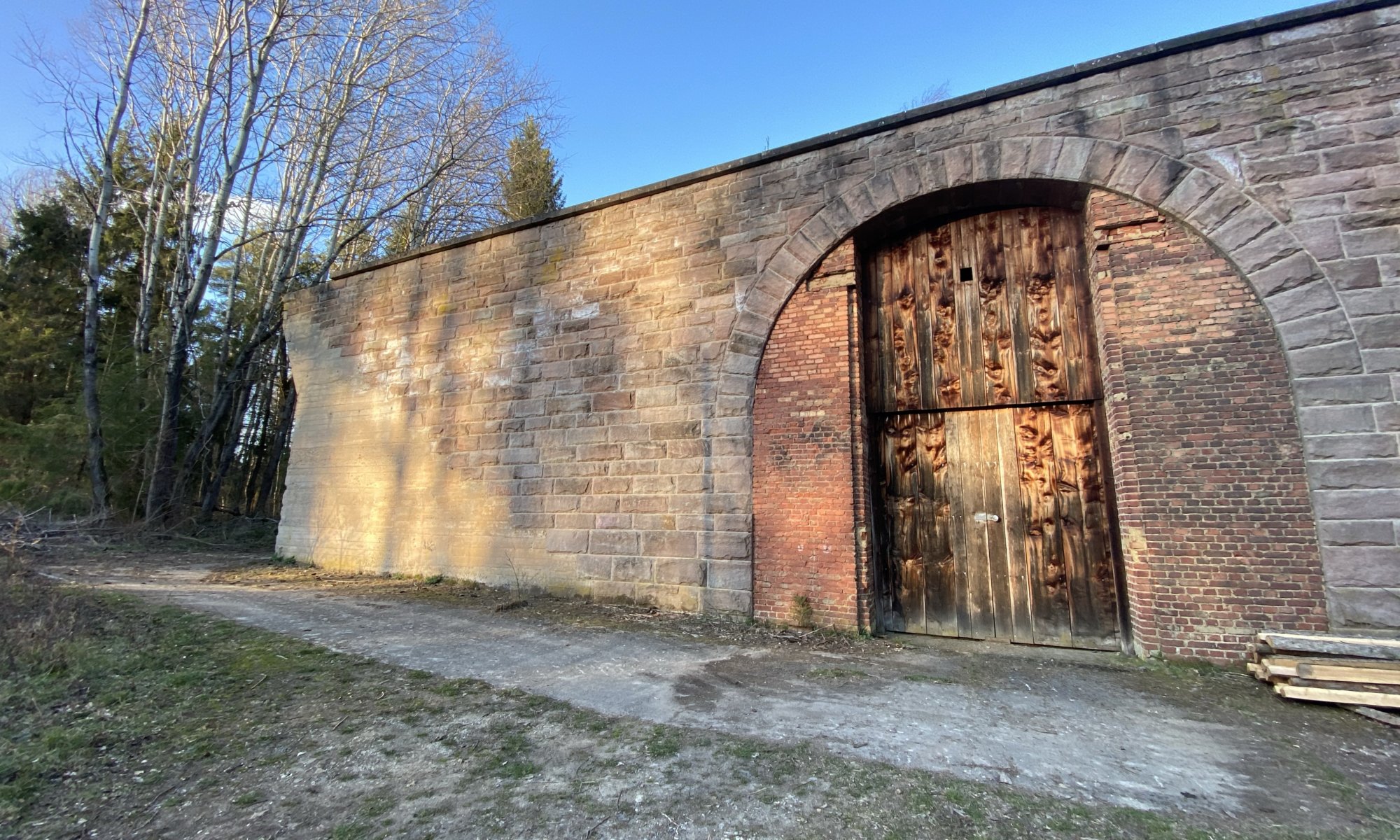 German motorways are known throughout the world as you can drive on them as fast as you want. Whether this makes sense and how often you can really go fast (because of speed limits and massive construction works) are other discussions. A common myth is also that the Autobahn is a legacy of Adolf Hitler – in fact the motorways were planned before his time and his regime only accelerated the construction works. On the other hand, his war also stopped the construction of different parts of the motorway network – a good example is the Strecke 78 which should have connected Kassel to Eisenach and Erfurt. A road that doesn’t exist even today.

In 1942 the works had already begun but resources were limited and priorities changed. The Strecke 78 wasn’t built. Instead the connection from Eisenach to Bad Hersfeld (Strecke 81, today: Autobahn 4) was realized. Only two things were already done by that time: an underpass close to Herleshausen and a bridge near Wellerode (Söhrewald), Vollmarshausen (Lohfelden) and Oberkaufungen (Kaufungen). The bridge is still standing today and you can visit it from the outside. The underpass was used as a place where forced labour workers had to built aeroplane engines – today it is used as a storage. Good news: currently the Strecke 78 is planned to be realized as a part of Autobahn 44. The old bridge hidden in the forest will not be part of it.