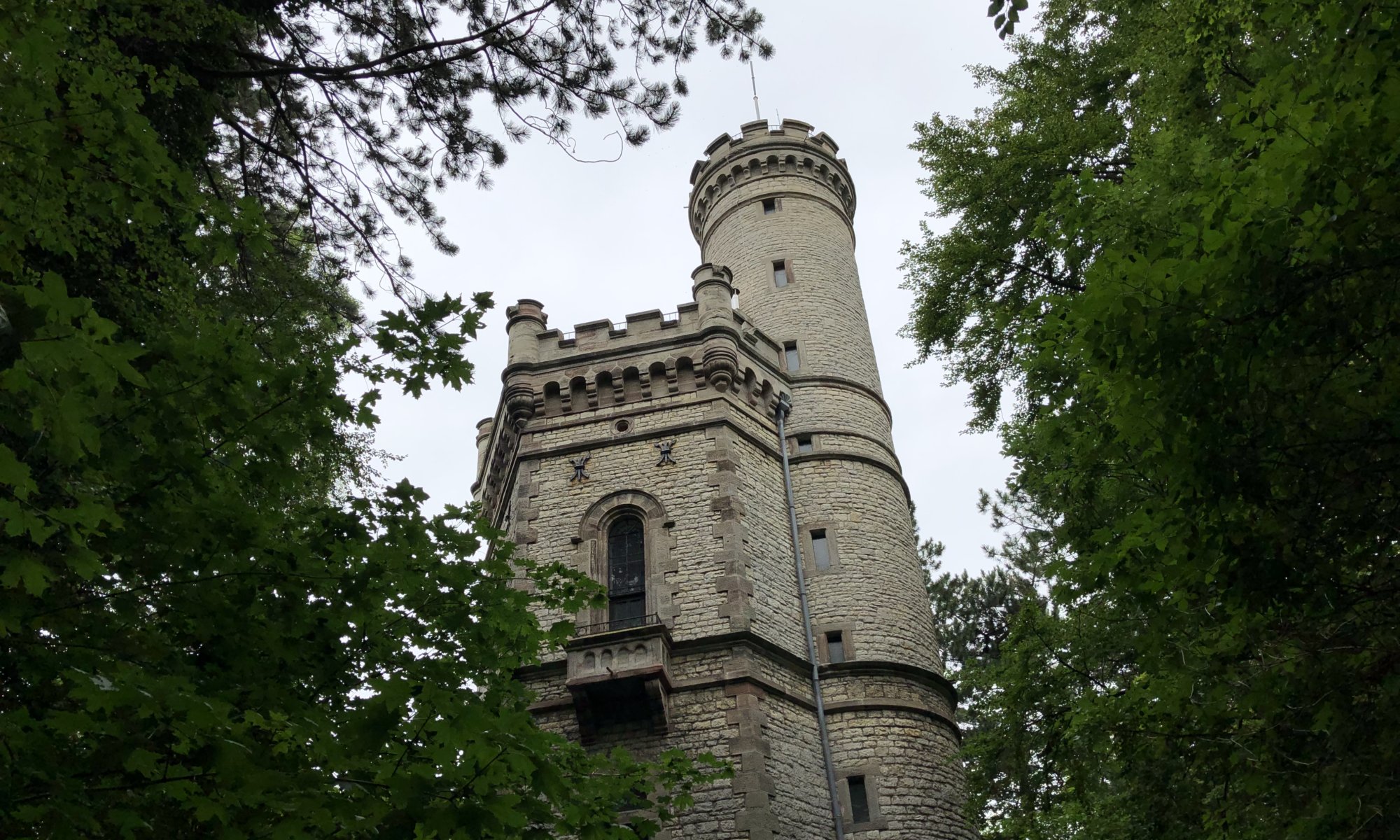 Once there were 240 towers that were built to commemorate the imperial chancellor Otto von Bismarck. As Bismarck had studied in Göttingen, Germany for sure a tower was built here, too. It is 31 meters high and standing on the Kleperberg in the southeast of the city. In 1892 Bismarck gave his approval and in 1896 the tower was opened – you can still today climb up on weekends between 11am and 6pm.

You should just take it as a nice tower with good views and not think too much about the background. Otto von Bismarck was responsible for relevant improvements like the first social system in Germany. But he also the one responsible for the repressive Sozialistengesetz with which he fought against social democracy. And the Bismarckturm was also co-financed by dubious student associations that are named inside the tower still today.

The best way to reach the Bismarckturm is to get up to the Kehr and walk 500 meters from there. You can drive up by car, a direct bus is unfortunately not available currently. If you want to go with public transport it’s best to take a bus to Grete-Henry-Straße, take the stairs up close to the bus stop and then turn left. At a crossroads you’ll have to turn right and walk some meters up the hill – there you will see signs leading you to the Bismarckturm.