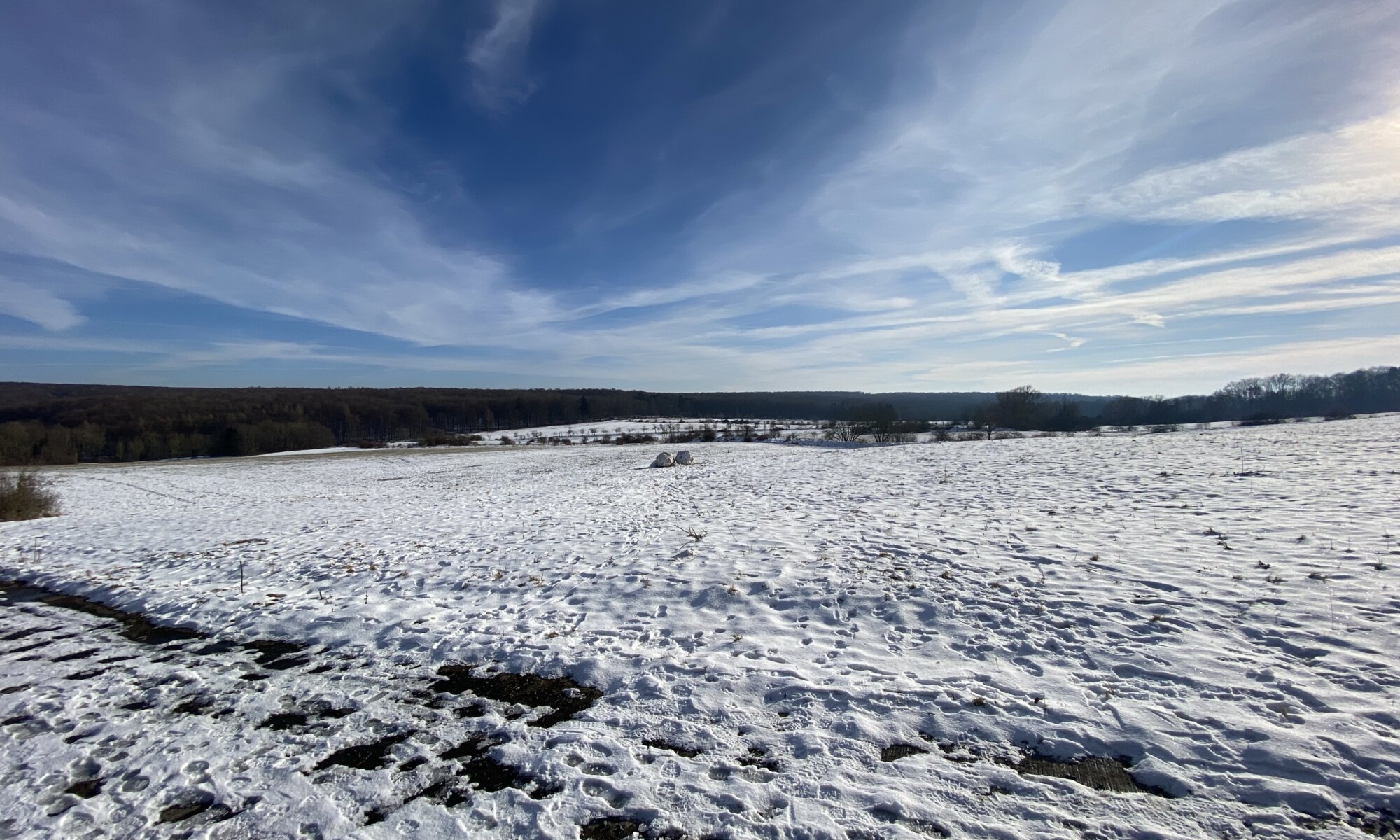 When I was living in Göttingen, Germany, I didn’t visit the forest belonging to the city – the Stadtwald – very often. It is a large forest in the East of the urban areas and it includes many nice places like the Bismarckturm or the Kehr with wild boars and deer. The reason not to go there was mostly that you have to climb steadily up the hill – but during the last decades the city grew steadily up the hill and the forest can now also easily be reached by bus.

If you stroll through the large forest you will sometime also reach a 200 hectares large field – the Kerstlingeröder Felder. It is an area within the forest that has been used for different purposes over time. Today you can discover ruins of a former estate once managing this land, find the strange remains of military forces like a tank washing area, you can just hang out in the green, and there are also excellent paths for cyclists and runners. The Kerstlingeröder Felder goes back to medieval times when more fields were needed to grow food. For that reason, the trees in this area were removed around the year 1300 by the lords of Kerstlingerode, a small village further east. The settlement created was called ‘Klein-Kerstlingerode‘ (translating to ‘small Kerstlingerode‘) – that is why the field has this surprising name.

Part of this village in the centre of the fields was a small chapel and a farm which during the times also hosted a tavern and people hiked there from Göttingen for a beer. The ruins still standing there belong to a house of the family Wangenheim which was built in 1753. During Nazi times the area was taken by the military and after World War II the British army used it. Later – until the year 1992 – it served as a military training ground for the German Bundeswehr which had a garrison not far away: the Zieten-Kaserne (which was later converted into a large residential zone.

If you want to visit the Kerstlingeröder Feld there are different good starting points: you could drive up to the Kehr and start there or begin you hike at the rather remote city quarter Herberhausen. If you get there by car there is a car park close to some fossils, the ‘Meeresboden-Parkplatz‘. From there it is not too far up the hill.