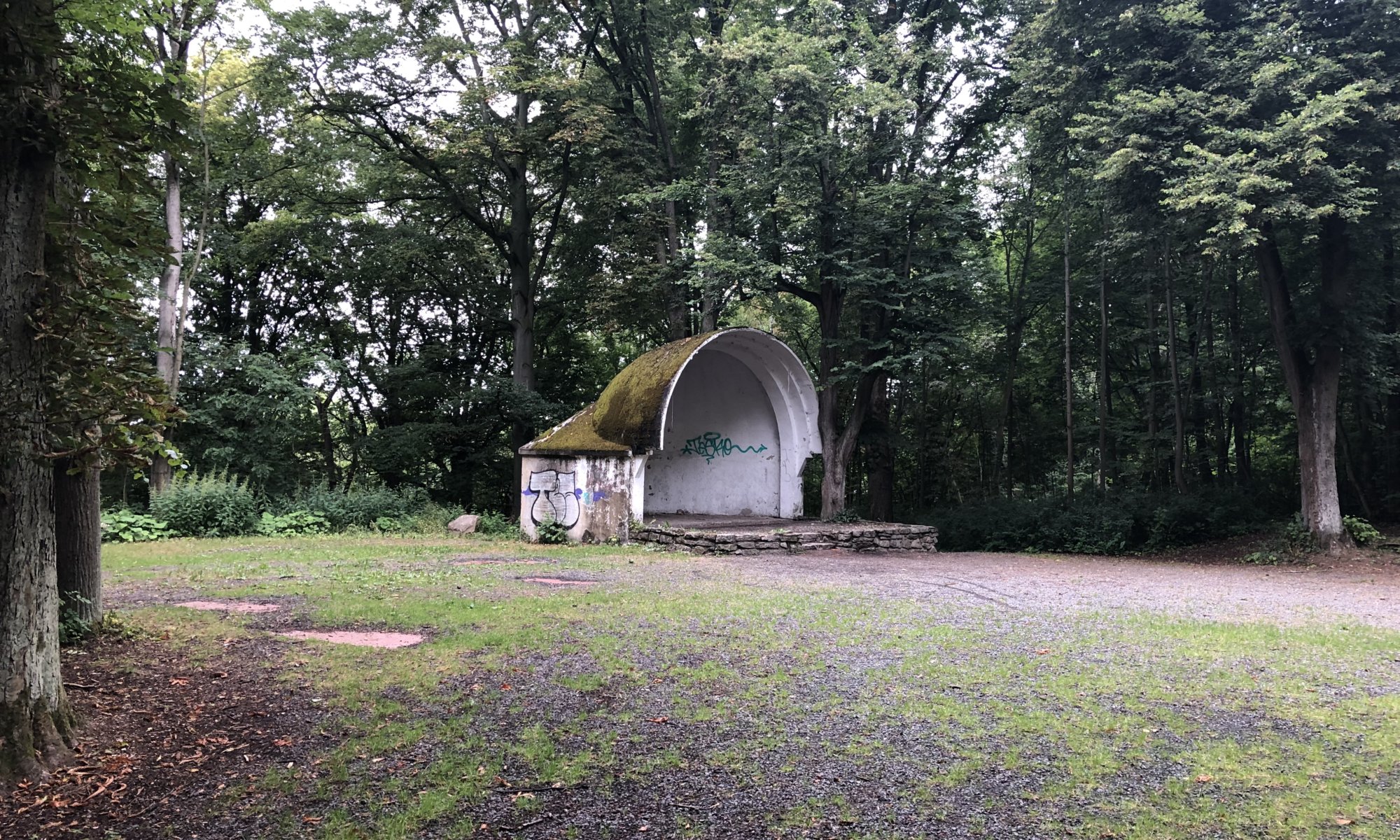 Every year there is a music festival at the Kaiser-Wilhelm-Park (or KWP) at Göttingen, Germany. I never knew where this place is until I found it by accident close to the Bismarckturm in the southeast of the city. It was a restaurant built in 1895 as a destination for hikers. In 1900 the place was renamed to Bürgerpark (citizens park) and it was named like that until it was torn down in 1970.

Today you can rent the area with its deteriorating stage as an event location. But I guess this place would be totally unknown today if there wouldn’t be the already mentioned music festival. Two negative things should be mentioned: first for sure, the name of this place that has survived since 1895. It refers to William II, the last German Emperor – a man deeply connected to nationalism and militarism.

Second, the Kaiser-Wilhelm-Park was owned in the 1920s and 1930s by Albert Gnade, the Nazi mayor of the city. Because of that Adolf Hitler stayed at this place several times and held his only speech at Göttingen here on July 21st, 1932. At the election ten days later 51 percent of the inhabitants gave their vote for the NSDAP.